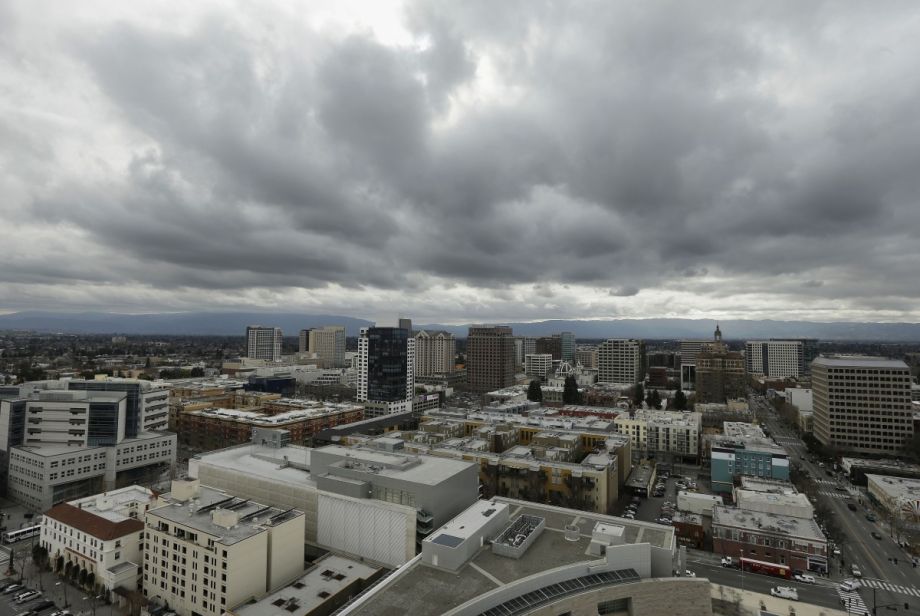 Chris Schildt, of national research and advocacy group PolicyLink, says the potential for economic opportunity she saw in the San Jose, California, area while being raised there as a kid in the ’80s and ’90s was remarkable. Now, thanks to the tech boom, it’s a totally different city.

“Looking at my generation, we had some of the highest economic mobility in the country, 25 or 30 years ago,” she says. “Today it would be difficult to make that same case. Inequality has grown so dramatically in Silicon Valley and access to good-paying jobs within this economy is segregated.”

So when she and colleagues from the Pratt Center and the Urban Manufacturing Alliance were sifting through possible pilot cities for their Equitable Innovation Economies program, a national initiative to help pull disadvantaged communities up into the middle class through manufacturing and innovation economy jobs, San Jose’s economic divide made it a no-brainer.

This week, the EIE released its first progress report outlining the successes and challenges it encountered over the past two years as it worked with city leaders and local industry in San Jose, New York, Indianapolis and Portland, Oregon, to outline plans to build high-tech skill economies with the help of workers from marginalized communities. Because of its historic role as a host to major tech companies around the Bay Area, San Jose, which calls itself the “Capital of Silicon Valley,” was one of the most fascinating cities they looked at, according to Schildt.

Rent prices in Santa Clara County, where San Jose is located, jumped 20 percent between 2009 to 2014, and the poverty rate rose from 8.6 percent to 9.9 percent during the same period. San Jose has a move-away ratio of 77 percent, meaning families that make $60,000 are 77 percent more likely to move out of the city than move in, and as of 2014 half of everyone who’d left the city fell below that income bar.

But if there’s a silver lining for job seekers in the city from marginalized backgrounds, it’s the city’s reemerging manufacturing sector. Companies with San Jose plants like the $18 billion manufacturing powerhouse Jabil Circuit, the third-largest contract manufacturer in the world with more than 170,000 employees internationally, offer production assembly and welding jobs that can start off paying $18 an hour, and don’t require a college degree.

“As a lot of these tech companies are interested in wearables and other kinds of hardware to go along with their software, San Jose is really well positioned to help prototype and develop that hardware because of the city’s work to make sure manufacturing was a core part of [its economic plan],” says Schildt.

The plan she’s talking about was laid out in 2010. Despite being the U.S. capital of advanced technology manufacturing, the San Jose metro area has been hemorrhaging its manufacturing workforce. In 1990, the region counted 254,600 manufacturing jobs, and by 2015 that number had dwindled down to 159,100. While companies moved manufacturing offshore over the past few decades, blue-collar workers that’d typically fill production assembly jobs have been packing up to leave because of San Jose’s dropping affordability.

Five years ago, the city huddled together local companies and tech giants to talk about a new tide for the industry. The ideas crafted by those stakeholders and enacted by the city — like tax incentives for new manufacturing equipment purchases and lowering sales tax — have helped keep an estimated 65,000 manufacturing jobs in the urban area.

Local manufacturers are still hungry for new hires, and as the EIE looked at San Jose’s disconnected incomes and communities, it realized the best way to start filling employment gaps was by training the city’s young and employable. It worked with the Office of Economic Development and local companies to develop equitable employment targets, and the data-keeping means to track how close they get to those targets. (That data is being compiled now.)

A big focus of the EIE and San Jose partnership was a program called San Jose Works. Mayor Sam Liccardo invested more than $1 million into the program last year, and it helps connect youth ages 18 to 29 with local employers so that they get a direct line to good-paying jobs that also offer a ladder into higher-paying positions.

Jabil was one of its big partners. The company agreed to host 14 interns, handpicked from gang hotspots in disadvantaged neighborhoods, for a five-week summer program in 2016. Two of them are now full hires, and the company will pass tech manufacturing skills and know-how on to another 10 interns next year.

Going forward, one of the biggest challenges the San Jose Works program faces is making sure the word gets out. “Younger residents in school maybe don’t think of manufacturing as a viable career option, and it’s not something that people are even aware is happening in San Jose,” says Michelle Thong, a senior executive analyst of business development at the city’s Office of Economic Development. The important thing to her is to stress that “it’s not old-school dirty manufacturing; it’s high-tech skill with room for advancement.”

According to Schildt, the next step now is to up the program a few notches so that it can reach as wide an audience as possible.

“The next question is, can you update a whole curriculum in a community college, where instead of 12 interns you’re doing it for 100 students?” she says. “My understanding is that there’s a need for that in San Jose and the South Bay, as the workforce has been aging and the owners of manufacturing companies have been aging.”

She also says the city needs to keep pushing its weight toward local policies that both directly and indirectly impact these communities, like raising the minimum wage and investing in low-income housing. Until then, a dozen interns doesn’t sound like much, but as the EIE continues to expand its city base and work to beef up the programs it sharpened during its pilot years, this could be the partnership that helps San Jose spread its Silicon Valley wealth to those who call the city home but can barely afford to live there.