San Francisco Wants Technologists to Do Technology – Next City 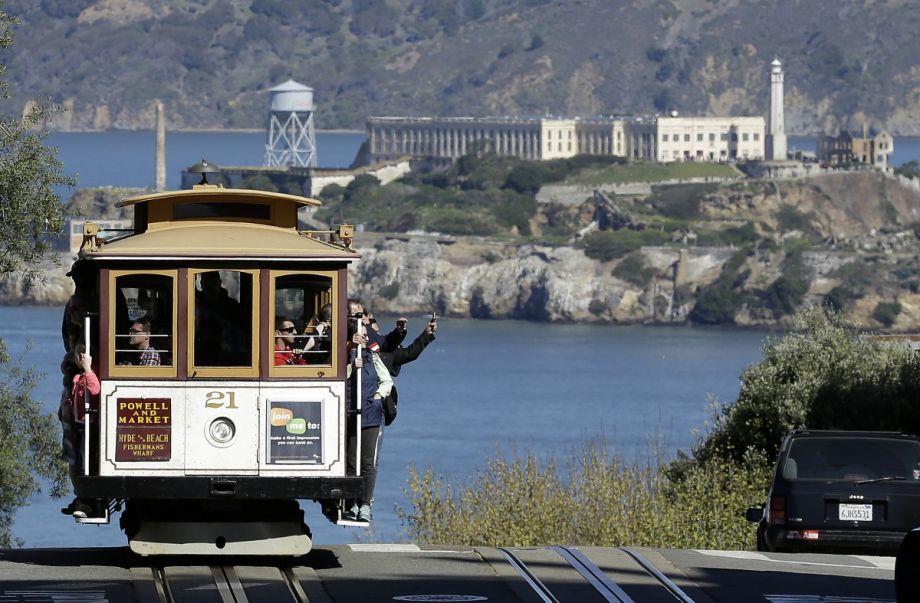 A consensus seems to have emerged that the big-name, big-footprint tech companies that call San Francisco home could do more to contribute to the life of that city. Where things get fuzzy is when it comes to exactly what they should be doing on the ground in San Francisco that they’re not yet.

Take this new op-ed from Hosain Rahman and Chuck Collins. Rahman is the founder and CEO of Jawbone, a San Francisco-headquartered maker of wearable electronics, speakers, and other gadgets. Collins is the president of the YMCA of San Francisco. In their joint piece, the two men argue in favor of a “One City” approach to San Francisco’s future, based on the premise that San Francisco’s civic and technology sectors are far less divided than all the protests would suggest. “The truth is,” Rahman and Collins write, “we have much more in common than not.”

Among those commonalities, they say, are big policy goals: reducing poverty, developing a healthy middle class, and stimulating a vibrant local economy. To get there, they float some big ideas. They’d like to develop a sense of community service amongst tech workers. They’d like to figure out affordable housing. They’d like to reform the Ellis Act, a state housing law that has in some cases been used to evict long-term residents. On an official level, it’s an approach that San Francisco has certainly been open to. Mayor Ed Lee regularly champions how vital the tech industry and its thought leadership are to the future of the city. 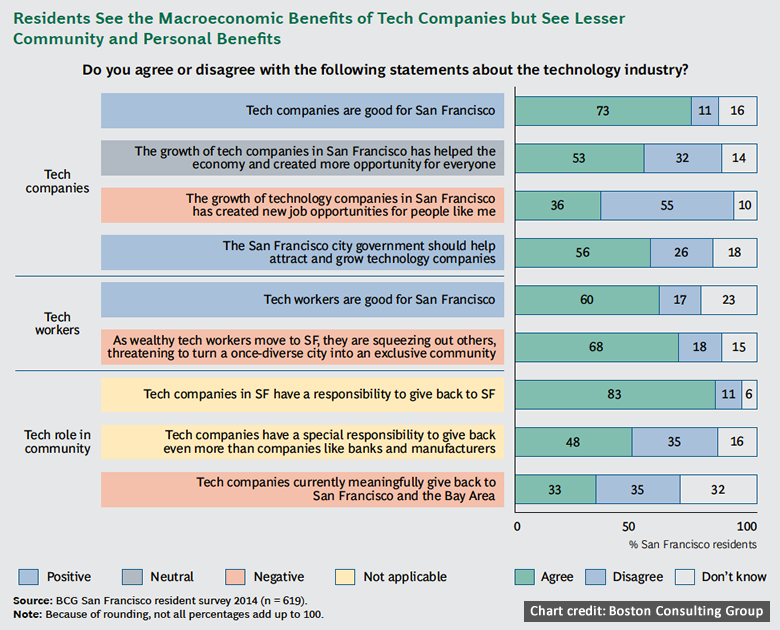 Indeed, Rahman and Collins go on to describe a meeting that recently took place at San Francisco’s City Hall and brought together civil society groups with companies like Yahoo, Zynga, and Yelp. “We committed,” they write of the get-together’s results, “to take on some immediate tasks, together.”

It’s ambitious, well-intentioned stuff, but at the risk of being churlish, it’s interesting to consider what in this context the people of San Francisco want. Luckily, we don’t have to wonder. We have a recent report from the Boston Consulting Group, underwritten by Bloomberg Philanthropies, called “Building a Digital City.” It found that 83 percent of San Franciscans surveyed say that tech companies indeed have a responsibility to give back to the city. In fact, nearly half think that tech companies have more of a civic responsibility than other companies like banks and manufacturers do.

Just about everyone in the San Francisco universe interviewed for the report — “including those from corporations, education, and nonprofits” — had one specific type of contribution in mind: philanthropy in education. In many ways, it’s a natural fit. Tech companies already know what many want today’s students to learn. Respondents were particularly concerned that “students weren’t learning the most up-to-date programming languages, such as Ruby and Python.”

Beyond that, though, “few residents expect technology companies to lead in addressing housing, transit, and street infrastructure challenges.” Instead, what they were hugely positive about was “the idea of local companies using their expertise to develop technologies that make it easier to move around the city, such as public transportation apps, parking spot finders, or even further evolve sharing-economy services.” In other words, let the technologists use what they know to tackle the things that they know how to fix.

It’s perhaps a more modest civic portfolio than the tech companies might want. But they aren’t, to be sure, allergic to the idea of tapping their expertise. Write Rahman and Collins of the “One City” approach going forward, “we’re also going to explore the ways data analytics can help community service organizations use their resources even more effectively.” And there are few things today’s tech companies know better than data.