S.F. Campaign Makes a Difference in Pedestrian Safety – Next City 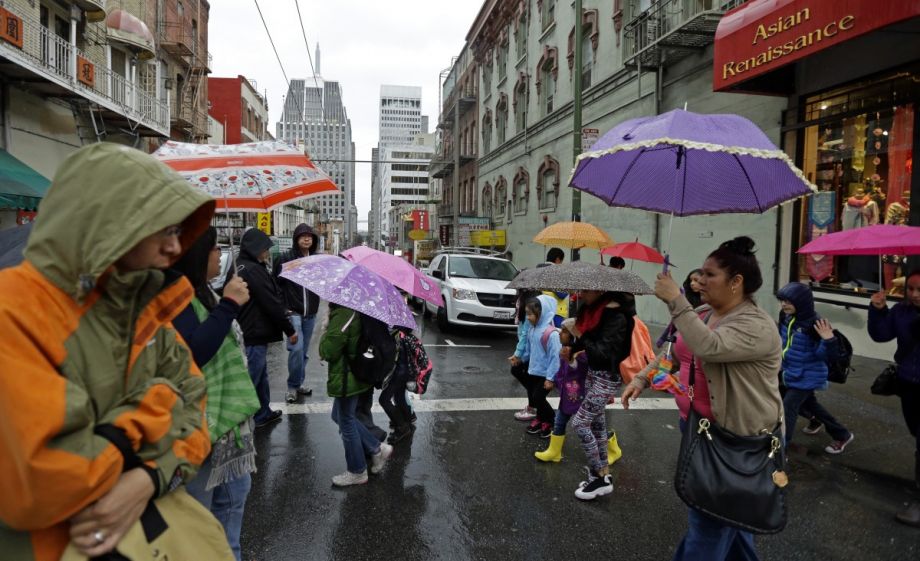 Since launching Vision Zero last year, officials in New York and San Francisco have worked to highlight the built environment’s role in pedestrian safety. But new research from San Francisco shows drivers yielding to pedestrians in greater numbers thanks to billboards and bus ads, not just paint and cement.

The report, released September 8th, tracked the number of motorists yielding to pedestrians from September 2014 to April of this year at four key intersections. Over that period, officials unveiled bus, billboard and radio ads targeting those intersections. Coupled with increased enforcement, the campaign showed a modest 3-4 percent increase in drivers yielding at the four spots, which the paper’s authors estimate to mean 419 yields per hour at peak commute. Compared to four control sites, yielding increased by as much as 10 percent.

The San Francisco Municipal Transportation Agency partnered with the city’s public health department to complete the report — a partnership that helped define Vision Zero early on.

Megan Wier, a program director for the Department of Public Health, says the new research was inspired by Walk First’s data.

“We drilled down into that network,” she says, adding that a refined analysis of those dangerous corridors showed drivers failing to yield.

From there, surveys gave further insight into motorist behavior.

“We found that many drivers were unclear about the rules of the road as they related to crosswalks,” Knox White says.

Both Knox White and Wier’s departments wanted to communicate that even in unmarked crosswalks, pedestrians crossing at intersections have right-of-way. The result was “It Stops Here,” which communicated that lesser-known rule of the road.

In the bus ads, for example, cars and pedestrians are separated by the campaign’s titular phrase where a painted crosswalk line should go. The tagline reads: “All intersections are crosswalks.”

Those ads debuted in September, while billboard and radio ads coupled with increased ticketing and enforcement began in October. Driver yielding increased significantly compared to control sites in all but the early bus-only phase.

According to Wier, the study’s control sites were essential to marking progress. The four intersections were selected based on similarities to the test sites, including number and direction of lanes, street width and proximity to attractions that draw a lot of foot traffic: parks, schools, Muni stops, etc.

“They really helped us understand and be sure that the effects we were seeing came from our intervention, as opposed to coming from other changes,” she says, adding that in some research phases, driver yielding actually decreased in the control intersections.

As to why yielding didn’t increase in that early phase, Knox White sees a combination of factors. First, the bus ads hadn’t yet received reinforcement from billboards, radio spots and ticketing. Second, behavior change takes time.

“We use an online survey to gauge the awareness of the campaign,” she writes in an email. “The main takeaway is that repetition is important. It’s taken two years to take the overall awareness numbers from 39 percent to 68 percent. The awareness for the driver segment started at 27 percent in 2013 and has now increased to 63 percent.”

“It would be wonderful to run an ad for a week and have everyone change their behavior,” Knox White says. “But it’s one thing to run 40 bus ads and another to run 40 bus ads plus eight major billboards plus radio ads and police pulling over and ticketing folks.”