Will San Francisco Put a Price on Subway Construction Impact? – Next City

Will San Francisco Put a Price on Subway Construction Impact? 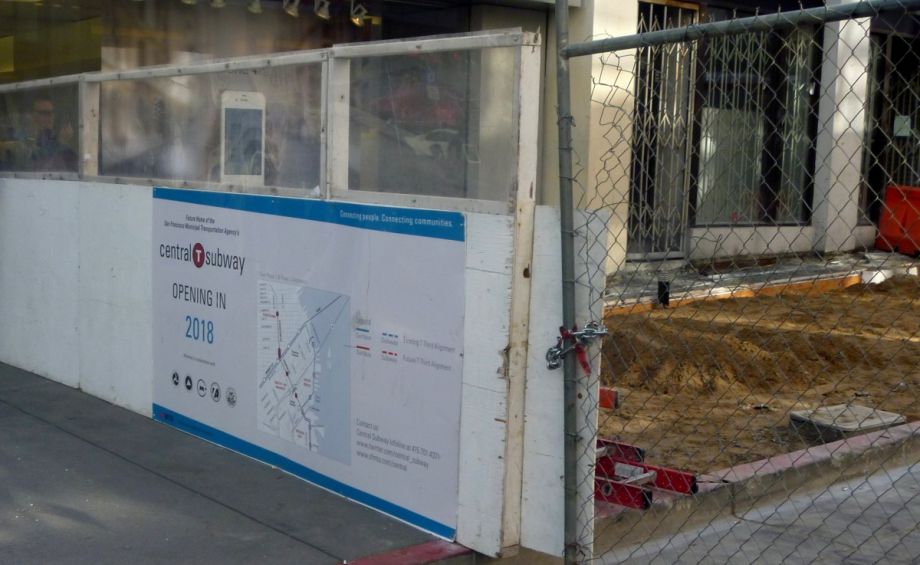 Torn-up streets and orange-vested workers may signal infrastructure progress and “Your Tax Dollars at Work,” but for nearby businesses, they can also signal customers — and revenues — lost.

People from Montreal to Minnesota have worked on creative solutions to the business lull that major construction projects can cause in a city: art exhibits to lure foot traffic, parklets, giant puppets. In San Francisco, where Central Subway construction is said to be disrupting a number of Chinatown businesses, Supervisor Aaron Peskin has a similar, less colorful but more direct proposal: cash.

Peskin’s proposal centers on Chinatown but affects the entire city, the San Francisco Chronicle reports. It would create an “impact zone” around Stockton Street, offering financial assistance to businesses within a given perimeter.

“It’s been a long-held policy position that if you open the door and give direct cash to businesses for construction impacts, there’s no going back,” Peskin said. “It will drive up project costs across the board.”

But Peskin has few qualms about raising project costs — if the city can pull together $1.6 billion for a subway, it can afford to spend some money on shop owners, he said.

Peskin has a track record of supporting local merchants. Last year, he and Supervisor Jane Kim persuaded their colleagues to put aside $100,000 for vendors affected by the construction of the Super Bowl fan village.

San Francisco has been thinking about business owners impacted by forces beyond their control before now. The city implemented a program to help legacy businesses threatened by skyrocketing rents, for example.

Some supervisors are wary of Peskin’s idea, however.

“I support the concept of helping businesses,” Supervisor Katy Tang said, according to the Chronicle. “But it’s difficult to figure out how exactly we should do it … or how to calculate what the assistance should be. We’ve heard anecdotally that these (merchants) are suffering from dips in sales. But until we see their accounting, we have no way of knowing that there actually was an impact.”

The San Francisco projects are mostly funded with earmarked federal and state money that couldn’t go to local shop owners, so the city would have to come up with the funds on its own.