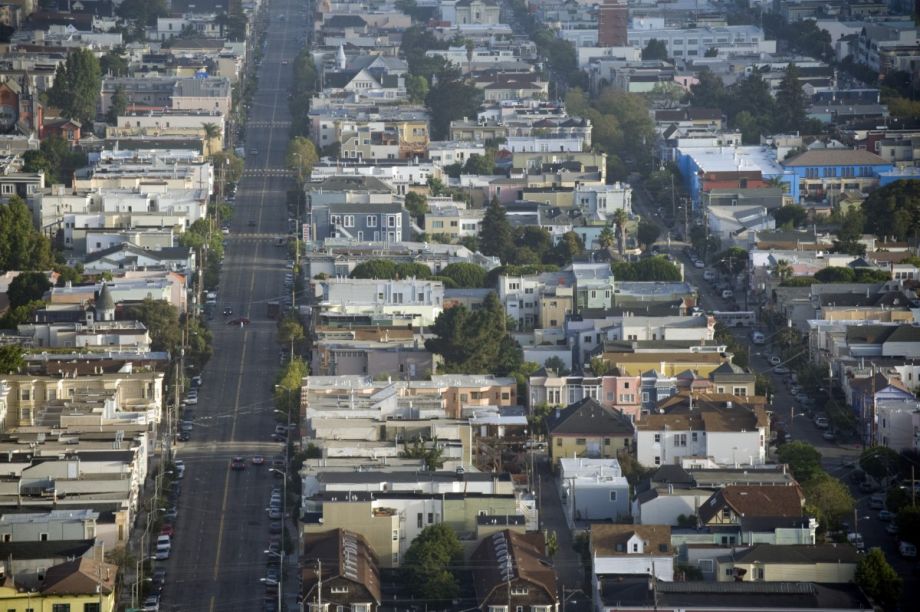 Earlier this week, San Francisco Mayor Ed Lee announced that the city would pursue raising its minimum wage to $15 per hour by 2016. It was a policy move aimed to staunch some of the palpable anxiety over the city’s increasing unaffordability — and, unlike the city’s housing crisis, an easy topic to get consensus around.

And yet, the push to raise the minimum wage is inextricably tied to the city’s skyrocketing housing costs. The average cost of a one-bedroom in San Francisco is nearly $3,500 per month, and meanwhile 70 percent of housing units are selling for more than their asking price, suggesting that those who can afford to own are panicked to buy before prices get even higher.

But ironically, the same progressive ethos that has championed the minimum wage is hindering efforts to build more affordable housing. Many people believe that by preventing luxury or even market rate housing from getting built, it will keep neighborhoods from gentrifying. In a recent example, 200 residents of the Mission District participated in a town-hall-style meeting to voice concern over a new development atop a BART station that would create 350 new units of housing and retail space, claiming it would push out low-income residents.

But as Gabriel Metcalf, executive director of SPUR notes, the Mission was once dominated by affordable housing and still, stifling new market rate housing has done nothing to keep the neighborhood from gentrifying in more recent decades. “If you look at the Mission, from 1970 to 2010, essentially zero units of market rate housing were built and yet the Mission is the elite example of hypergentrification, even more so than Williamsburg.”

Mayor Lee has called the lack of affordable housing a “crisis” that “threatens to choke off [the city’s] economic growth and prosperity for the future.” As part of a plan to deal with this issue, he has promised to build or rehabilitate 30,000 units of housing within the next six years. It’s a number that sounds impressive, but is barely an improvement upon current trends of about 3,500 new units of housing in 2013. Moreover, SPUR estimates that a rate of 5,000 new units of housing would merely stabilize prices, not lower them.

Meanwhile, another effort to preserve affordable housing has been introduced by Supervisor Jane Kim, who seeks to ensure that 30 percent of all housing that gets built be affordable. But while the intentions for the so-called “metering” plan are good, they’ll undoubtedly make building any type of housing more complicated — and therefore expensive — inevitably generating fewer total units.

Perhaps more than any other American city, San Francisco’s housing crisis is fueled by insufficient supply. “Unless we actually change the supply and demand equation, the average housing cost is going to stay crazy expensive,” says Metcalf. And yet, in a progressive city like San Francisco, growth is demonized, and inevitably aligned with the disruption and new money that have come with the tech industry.

Those in favor of increased regulation over affordable housing claim that without more oversight, developers will just get richer while few units for low- or moderate-income individuals will get built. The sad fact is that by preventing new housing, the lowest-income people stand the most to lose.

“There are lot of wealthy homeowners with property on top of hills with great views who personally benefit from keeping the existing system in place, and they seem to vote in high numbers,” says Metcalf. “The elected officials are willing to do almost anything — including spend money — on affordable housing, but the one thing they’re not willing to do is take on the anti-growth homeowner lobby.”

Instead of contemplating legislation like the metering plan, which will only belabor the construction process and prevent more housing from getting built, the city needs to fundamentally reconsider its zoning. While no paragon of affordability, New York City has used a 2003 rezoning ordinance to add capacity for 80,000 new units of housing. Ensuring San Francisco’s affordable housing stock is imperative — but it can be achieved much more quickly, and therefore more equitably, by not wasting time reviewing each building that throws off the mix of affordable and market rate housing, but instead rezoning parts of the city, particularly those serviced by public transit. If San Francisco further slows the process of building housing, those needing affordable housing will have to leave because they can’t afford to wait.