Why Big Real Estate Could Benefit From S.F.‘s Anti-Development Vote 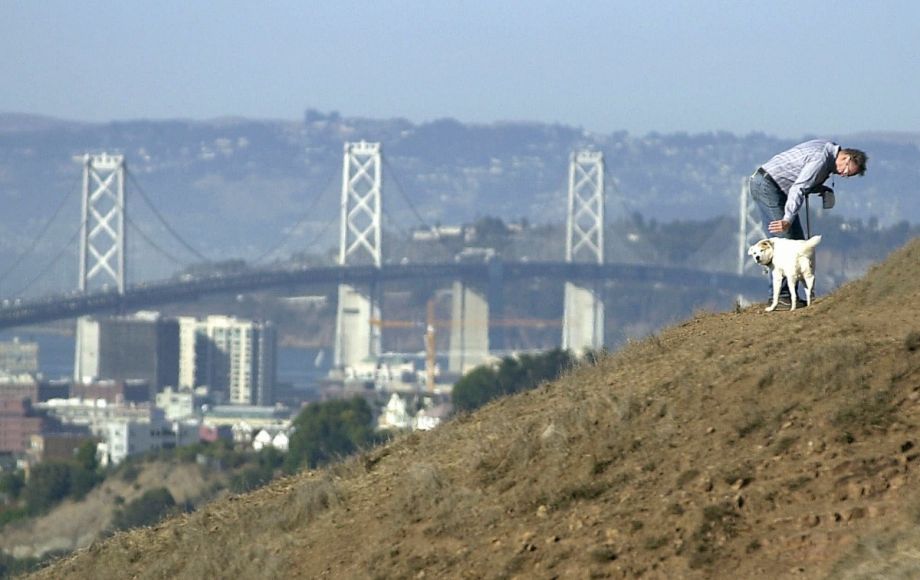 In two recent votes on development in San Francisco, residents of Bernal Heights proved to be the most anti-build. (AP Photo/Justin Sullivan)

And indeed, they did. On Tuesday, city voters — in a low-turnout election — approved Proposition B, which would put to a citywide vote every project that exceeds the normal height limits along San Francisco’s eastern and northeastern waterfront edge. Any development in the city already faces a grueling public review, but now it also has to face an up-or-down citywide referendum.

The city’s increasingly anti-development progressive left is facing off with the construction unions, the development industry, and urbanists like SPUR, who argue that such impediments will drive up costs to developers, which will eventually be passed on to renters and buyers. The former claims its opponents are in the pockets of big developers. The latter says its opposition has been co-opted by wealthy homeowners who are just trying to protect their views.

The anti-development contingent won this round with 59 percent of the vote. The last citywide vote on development was in November 2013, when voters rejected, by a two-to-one margin, a condo project called 8 Washington that would have risen to a maximum height of 136 feet (and sent $11 million to city coffers for affordable housing).

For both votes, the fast-gentrifying neighborhood south of the Mission, Bernal Heights — with its stunning views of the bay — was the neighborhood most opposed. And while no single neighborhood in either election had more than 50 percent of its voters cast their ballots in a pro-development direction, the neighborhoods that came closest on Tuesday were Sea Cliff and Presidio Heights, whose views look north onto the Golden Gate Bridge, and which wouldn’t be much affected. There were also pockets of acquiescence South of Market, a neighborhood increasingly dominated by tech workers, who tend to be friendlier to construction. (For a more detailed breakdown of votes for each ballot measure by neighborhood, see this spreadsheet.)

Last November, the most pro-development neighborhood was Visitacion Valley, where the growing concentration of Chinese-Americans may have been swayed by native son Mayor Ed Lee’s support of 8 Washington. The mayor, somewhat conspicuously given his pro-growth leanings, did not make any endorsements in the latest fight.

While this week’s ballot proposition passed with less support than the referendum on 8 Washington, this will be cold comfort to developers seeking to get their projects approved. And in fact, one backer had already given up before the vote: The San Francisco Giants walked away from their Mission Rock project, which would have built a mixed-use development on the parking lots at AT&T Park.

The next contender will be developer Forest City, which qualified for a measure on the November 2014 ballot about raising the height limit at Pier 70. (They want to build 1,000 apartments, two million square feet of office space plus another 400,000 of retail and various more open commercial uses.)

Ironically, while the measure was surely seen by many as a finger in the eye of wealthy developers, the wealthiest will be in the best position — if not an enviable one — to overcome opposition in the future and have their projects approved. A citywide ballot initiative means a citywide electoral campaign of the sort that only the largest and most politically savvy developers will be able to stomach.

Given Forest City’s willingness to undertake complex political projects on the east coast, they may be in the best position to do the same in San Francisco as well.