Why A Neighborhood Group Said “No” to Bike-Share – Next City

Why A Neighborhood Group Said “No” to Bike-Share 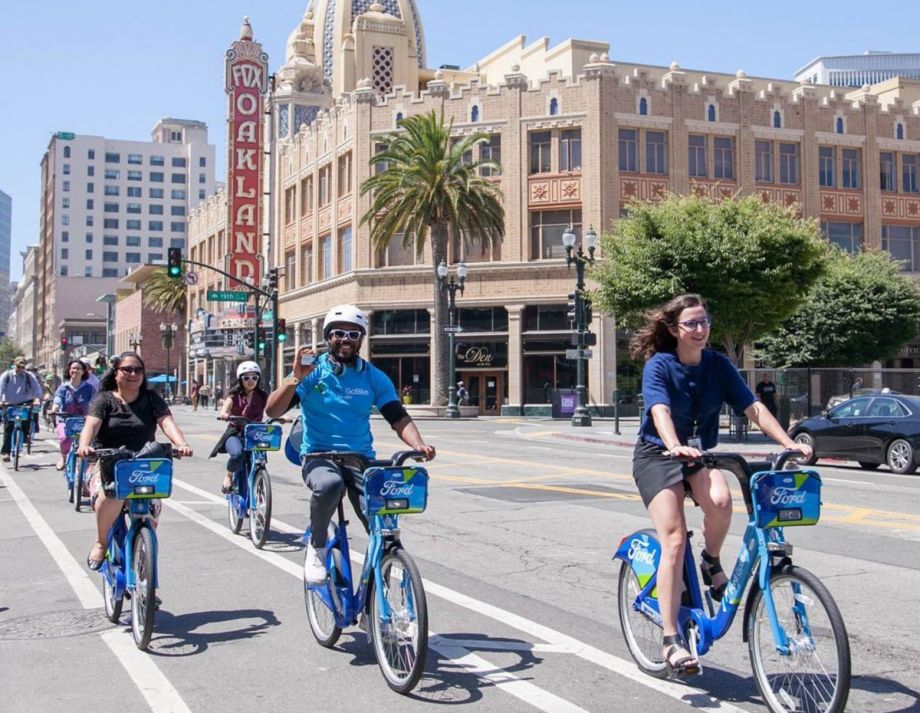 Citing concerns about gentrification and parking, a neighborhood group representing San Francisco’s Latino Cultural District has said ‘thanks, but no thanks” to the region’s new bike-share provider.

The Bay Area’s public-private partnership Ford GoBike — run by Motivate, the company behind Citi Bike and the region’s Metropolitan Transportation Commission — rolled out on June 28. The relaunch included sponsorship from Ford and an expansion of the Bay Area’s existing bike-share infrastructure, with plans for 7,000 bikes throughout the region.

But although stations have popped up around San Francisco’s Mission District, the “find a station” smartphone map shows “a giant hole around the 24th Street neighborhood,” according to the San Francisco Examiner.

Erick Arguello, founder of Calle 24, a neighborhood group that represents 24th Street, said his group and others told Ford GoBike flatly, “no” when they asked to place docks for their “shareable” blue bikes on 24th Street, and close nearby. Arguello claimed the bike-share companies cater to newcomers with means, and not longtime Latino neighbors.

“The way we shop, the way we travel, it’s a very different culture,” Arguello said. “We did say, ‘No, we don’t want bike-share on 24th street in the Latino Cultural District.’”

Area merchants also cited fears of losing parking, because proposals had shown the bike-share stations located in parking spots, Arguello told the paper. And the neighborhood, which was recently recognized by the state of California as a protected cultural district, has plans to emulate San Francisco’s Chinatown with repaved streets, new pedestrian safety features and Mayan temples at either side of its 24th Street boundaries. With those plans in the works, the neighborhood group didn’t feel like installing expensive bike infrastructure made sense.

Ford GoBike has been working to expand its service beyond the “white men with white collar jobs” demographic, as Josh Cohen wrote for Next City earlier this week. It launched with several equity initiatives, he wrote, including “a $5, first-year annual membership for low-income residents (after the first year, low-income memberships are $5 per month); cash payment options for residents without credit cards; and a commitment to placing 35 percent of the stations in ‘communities of concern,’” which MTC defines as “census tracts that meet a certain threshold of minority and low-income residents, limited English proficiency, zero-vehicle households, cost-burdened renters and other factors.”

But the association between bike-share, bike infrastructure and gentrification is obviously still palpable. Cohen wrote last year that “uneven investment has inspired justified wariness in some communities. By concentrating new infrastructure in neighborhoods that were predominantly white, and predominantly middle-class and upper-middle-class neighborhoods, cities ensured that additions such as bike lanes soon became viewed as signifiers of gentrification.”