What’s Behind the Growing Backlash to S.F. Bike-Share Expansion – Next City

What’s Behind the Growing Backlash to S.F. Bike-Share Expansion 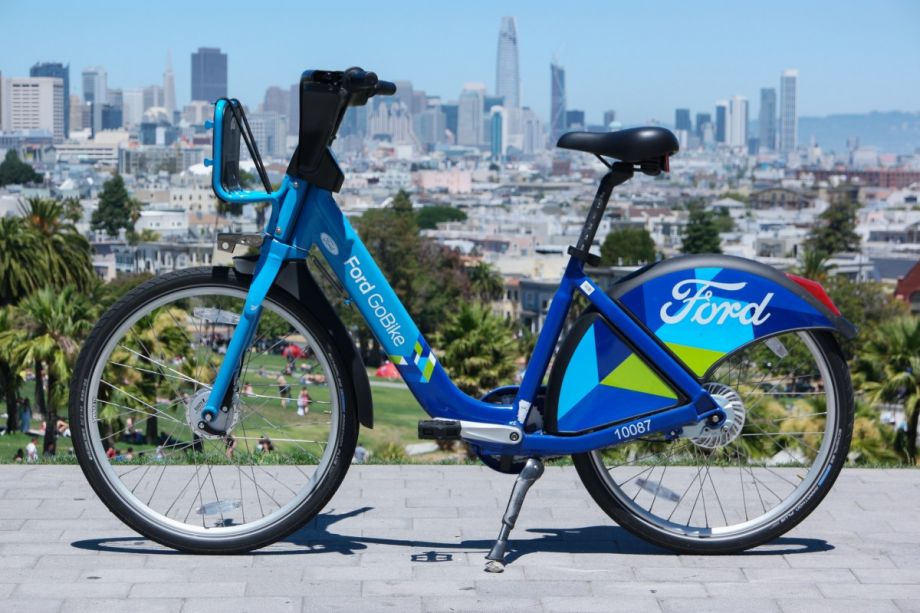 A Ford GoBike stripped of its parts and hung on a tree drew cheers on social media last weekend — a particularly brutal sign that the Mission neighborhood isn’t happy with the city’s bike-share expansion. Beyond the hobbled bike, tires have been slashed at Dolores Park, and a group of Mission District advocates has asked the city to consider a moratorium on expansion into the neighborhood, the S.F. Examiner reports.

The group, Calle 24, wants areas near the 16th and 24th Street Bart stations to be off limits. They represent San Francisco’s Latino Cultural District, which lies along 24th Street, and also recently declined Ford GoBike’s requests to place bike docks along the street, citing fears of gentrification and loss of parking. Equity concerns remained front-and-center in Calle 24’s calls for the expanded moratorium.

“I think a lot of people think the equity piece isn’t what it should be [in bike-sharing],” Jon Jacobo of Calle 24 told the Examiner. “We don’t want this.”

Ford GoBike is a public-private partnership of sorts, run by Motivate, the company behind Citi Bike and the region’s Metropolitan Transportation Commission. It’s relaunch was sponsored by Ford — and that seems to be another factor in the Mission-area controversy. One graffitied message (captured in a tweet below) appears to reference Ford CEO Jim Hackett, who, according to financial news site The Motely Fool, told investors in 2016 that the company was in the bike-share business to gather data for its shuttle buses.

That data gathering can be of particular concern among immigrant communities, many of whom have expressed growing fears of ICE raids under President Donald Trump.

17th & Dolores at 1:35 pm Sunday afternoon. Escalation fer sure. All tires at stand flattened. And a message… “Ford is tracking you!” Hmm? pic.twitter.com/2YGZXz1miS

A Motivate spokesperson told the paper that any data it shares is anonymized. But in the city of the Google Bus, any kind of privatized transit is sure to trigger backlash.

Of course, San Francisco isn’t the only city to see a high rate of vandalism to its bikes after a bike-share launch. Tires were also slashed across the bay in Oakland after Ford GoBike’s expansion. Crops Logistics, which operates Baltimore’s bike-share program, had to devote two employees solely to bike recovery due to a high rate of thefts after the program’s 2016 launch, the Baltimore Sun recently reported.

And Motivate does appear to recognize that gentrification is a concern with bike-share in general, and in the Bay Area in particular. As Josh Cohen wrote for Next City several weeks ago, it’s been trying to expand its service beyond the “white men with white collar jobs” demographic, and launched with several equity initiatives, including a $5, first-year annual membership for low-income residents and a commitment to placing 35 percent of the stations in “communities of concern,” which MTC defines as “census tracts that meet a certain threshold of minority and low-income residents, limited English proficiency, zero-vehicle households, cost-burdened renters and other factors.”