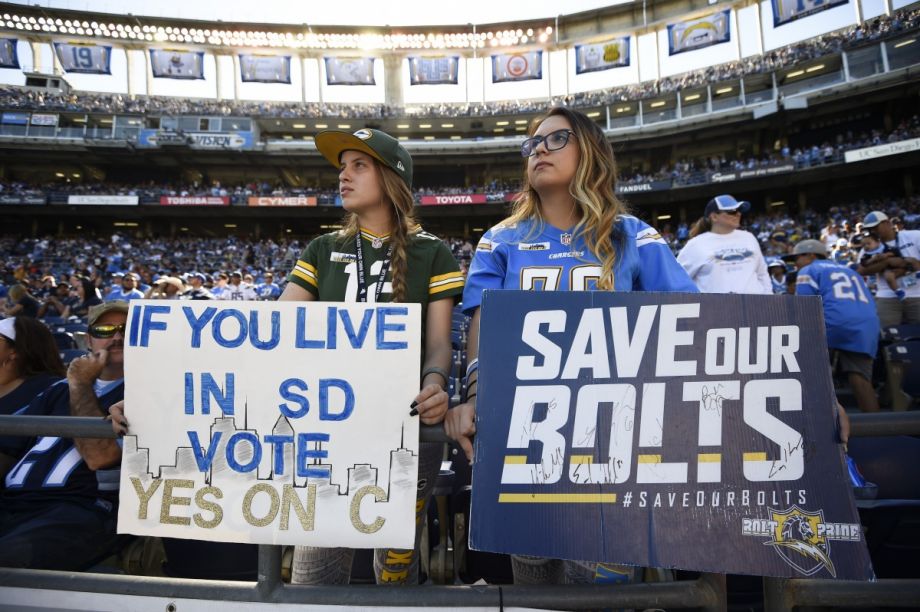 San Diego voters Tuesday rejected ballot measures to support a $1.8 billion NFL Chargers stadium/convention center project downtown, the San Diego Union-Tribune reports. One, Measure C, was supported by the football team, and would have raised hotel taxes from 12.5 percent to 16.5 percent. The revenue would have helped to foot the bill. Only 41 percent of voters supported it, far short of the required two-thirds vote.

The failure of the measures comes after the Chargers invested millions in commercials and a ground campaign in support. Although most elected San Diego leaders said Measure C was too risky, San Diego Mayor Kevin Faulconer did announce support for the project in October.

Critics of Measure C argued that there wouldn’t be a beneficial economic impact on the city, that the Chargers were underestimating construction costs, and that the stadium was essentially a gift to the team’s billionaire owner, Dean Spanos. As Johnny Magdaleno reported for Next City in August, there was also considerable debate over whether the Chargers’ planned project labor agreement would actually bring jobs to the city. It would have given union-backed construction workers a direct pipeline to jobs building the stadium, but about 90 percent of construction workers in the city are non-union.

“It’s a Hobbesian deal,” Eric Christen of the Coalition for Fair Employment in Construction said then. “Just the fact that they’re willing to entertain it is so offensive and maddening to us.”

The future is still up in the air for the Chargers. The team could join the Rams in the stadium being built for them in Los Angeles, or they could try to work out an alternate deal with San Diego. Given the low percentage of the city that voted for the new stadium, that latter option seems unlikely. Spanos hasn’t announced his plans for the team yet. He posted a letter early Tuesday morning on the team’s website thanking the fans who helped put Measure C on the ballot and supported it.