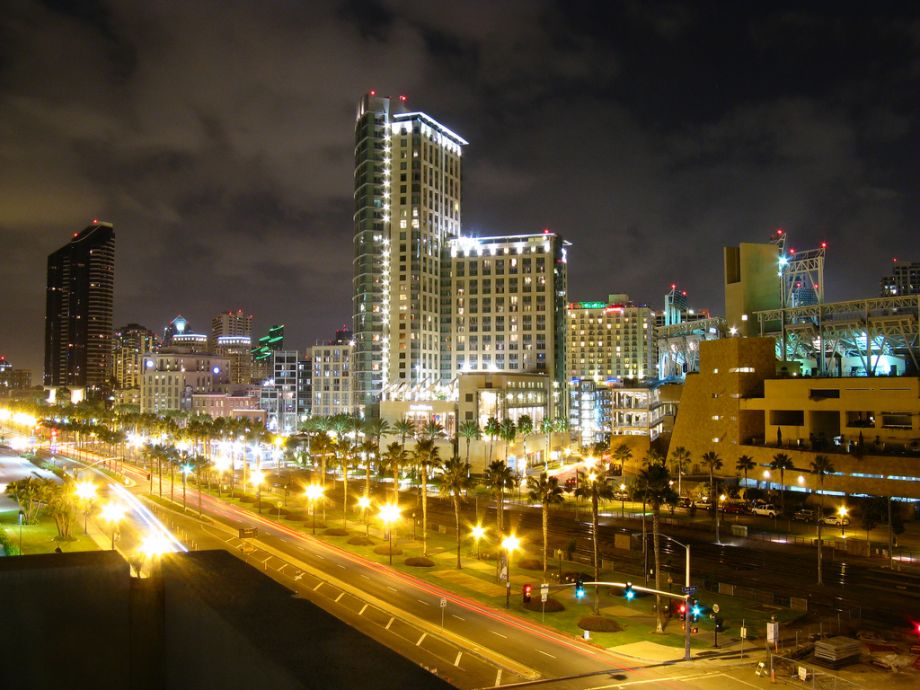 Freeway-centric San Diego has struggled to get transit-oriented development projects off the ground. (Photo by Michael Huey)

By rewarding density and frequent public transportation, are the distributors of California’s new transit-oriented development fund incentivizing smart growth or hurting the cities with the greatest need?

It’s a question being asked in San Diego, where transit-oriented development can’t seem to take off. Since 2012, the region’s planning agency has come under fire (and litigation) from environmental groups, housing advocates and even Attorney General Kamala Harris for its freeway-centric approach to longterm growth. Now, with a new pot of cap-and-trade funds on the statewide table, cities have the chance to beef up their affordable housing and alternative transportation networks — an opportunity that San Diego’s metropolitan area could desperately use.

But according to some advocates, the region’s transit-housing nexus may be too weak to even qualify for a fair share of those funds. Which brings us back to that original question. Should the state cut San Diego a break and meet the sprawling metropolis where it’s at?

That’s essentially what the San Diego Association of Governments, SANDAG, would like to see.

The pot of money is called the Affordable Housing and Sustainable Communities Program (AHSC) and it’s 20 percent of California’s annual cap-and-trade proceeds — roughly $120 million for its inaugural fiscal year. In the first annual round of applications, SANDAG received $16 million.

Which doesn’t sound bad. But as Maya Srikrishnan of the Voice of San Diego explored several weeks ago, the ratio of applications submitted to funded shows San Diego lagging slightly compared to the Bay Area and Los Angeles regions.

“Low-income housing advocates say more projects would have been able to apply if the region had a more extensive public transportation network,” Srikrishnan wrote, adding that one of the criteria for affordable housing developments is location within a half mile of a transit station.

In July, SANDAG sent a letter to the California Strategic Growth Council (the agency overseeing AHSC funds) asking that the criteria be changed to one mile.

“Studies have shown that riders are willing, and likely, to travel up to one mile to reach transit stations,” it states.

“We were asking that that definition be broadened and that was really to allow for more funding opportunities,” says Coleen Clementson, Principal Regional Planner with SANDAG.

The projects had to be “shovel-ready,” she adds, meaning that they’d already passed a bundle of planning hurdles, including California’s famously stringent CEQA requirements. Opening up the buffer area to one mile would make more projects eligible to apply.

Because the region is historically low-density, her agency’s request seems reasonable in some ways. Right now, San Diego developments are not going to have the same proximity to public transportation as those in San Francisco, but transit-oriented development is cyclical, at least in theory. Improve your high-density housing stock, and ridership numbers for the nearby transit line will increase. Up your transit frequency and more people will want to live close by.

But the half-mile “catchment area” is an industry standard. And as Ryan Wiggins, a cap-and-trade campaign manager for TransForm, points out, plenty of cities already have potential developments within that radius.

“There are a limited amount of cap-and-trade dollars in this program, a lot of demand and a lot of projects that meet the current guidelines for being within a half mile,” he writes in an email. “Rather than suggest loosening a requirement that is based off a large body of peer-reviewed literature … SANDAG and its members should be pursuing meaningful TOD.”

Switching to one mile, she says, “would be a mistake.”

“We’re tied to the growth patterns of the past,” she adds.

For its part, the Strategic Growth Council released draft revised guidelines in September taking into account feedback from the various planning agencies. So far, the required radius hasn’t changed.

And because the funding comes from California’s cap-and-trade program, Wiggins’ statement is difficult to argue. Perhaps the finances would help San Diego build up its transit network and densify. But for now, they should go where they’ll do the most to reduce emissions. And that may mean rewarding the cities already engaged in more rigorous smart growth work.