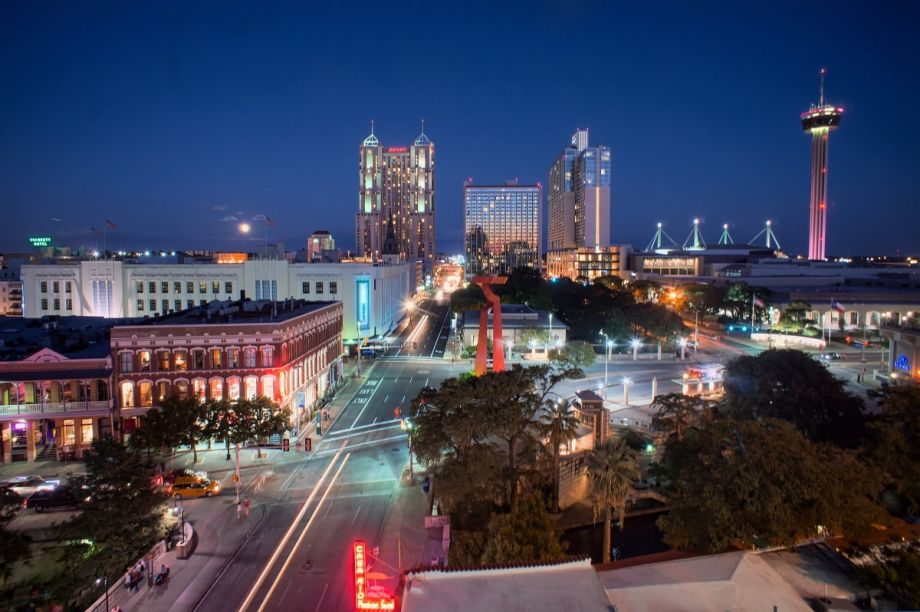 Over the next 25 years, San Antonio is expecting to welcome a million new residents, an influx of people that would expand its population by about two-thirds. And while rent in the city is still relatively cheap, more than 40 percent of renters are cost burdened, paying more than 30 percent of their income for housing. In anticipation of the influx and a worsening market for renters, the San Antonio Housing Authority is planning to spend close to half a billion dollars on new mixed-income projects in the coming years.

The $486 million funding package was approved at a SAHA board meeting earlier this month. The money will go to support a range of projects, including a 326-unit apartment building with half the units reserved for renters earning up to 50 percent of the area median income, a 252-unit complex entirely reserved for residents earning up to 50 percent of AMI, and a 102-unit project reserved for families earning up to 60 percent of AMI. Also in the works is a plan to remake the 80-year-old Alazan Courts, the oldest public housing project in San Antonio and one of the oldest in the country. Most of the projects will be carried out in partnership with nonprofit and private developers. In all, the funding will help support around 3,500 units of housing, according to the Rivard Report, a local nonprofit news outlet.

Marivel Resendiz, the communications manager for the San Antonio Housing Authority, said in an email that the Authority has been working on compiling the package of funding requests for about a year-and-a-half. (David Nisivoccia, the president and CEO of the Authority, was not available for an interview.) The Authority tries to seek the maximum subsidy available on the projects it supports, Resendiz says, and some of the projects supported by the new funding will include units for renters earning 30 percent of AMI or less.

“No other modern developments in the San Antonio area are as affordable,” Resendiz says.

The announcement comes a year after a mayoral task force released a Housing Policy Framework for San Antonio that prioritizes developing a coordinated housing system, increasing the city’s investment in housing, increasing production and preservation of affordable housing, protecting neighborhoods, and accountability to the public. The policy framework calls for the creation of an online portal that tracks and publicizes a range of information related to affordable housing: all affordable units available for rent, plus all development projects, both built and in the pipeline, that benefited from a taxpayer subsidy. After months of data work, that portal is expected to be publicly available in September, says Verónica Soto, the director of San Antonio’s Neighborhood and Housing Services Department.

“That’s part of this call for transparency and accountability, so people know where city investment is going and what kinds of projects it’s producing,” Soto says. “And of course all of SAHA’s projects are in that pipeline.”

The housing authority “serves an income bracket that’s hard to serve through other means,” Soto says. And the city is working to coordinate all of the housing stakeholders in the city, from the Neighborhood and Housing Services Department to SAHA and nonprofit and private developers, around common goals. Soto says she and leaders at the Authority were in the habit of having morning coffee every month or so, and have since leveled up to breakfast. The policy framework released last year also recommended reconstituting the city’s Housing Commission, with a permanent seat for the director of the San Antonio Housing Authority.

“Part of the role [of the Housing Commission] is to oversee implementation [of the policy framework,] so the fact that he sits on that commission is very powerful for coordination,” Soto says. “They’re a critical partner, and then, of course, we want to make sure that as their existing housing stock gets older that it remains of a high quality, so part of our coordination is talking about how can we partner on the properties they own.”

The policy framework includes a 10-year funding plan that would increase the city’s general-fund spending on housing by $485 million through two bonds. The city is expected to release a budget in the next few weeks that reflects the priorities in the framework, Soto says. And already, a variety of housing programs have begun ramping up productivity. According to Soto, a program that makes energy-efficient replacements for damaged roofs has delivered 312 roofs so far this year, up from 161 during all of 2018 and 32 in 2017. Uptake has increased under a program that assists owner-occupants in making repairs to substandard and non-compliant homes and a program that provides down-payment assistance for first-time homebuyers.

The Housing Policy Framework was meant to focus attention on housing challenges that the city is expecting will evolve over the next decade. And the housing authority’s $486 million funding request was a response to the same issues, Resendiz says.

“The Framework provided an important set of recommendations to increase the affordable housing stock in San Antonio,” Resendiz says. “SAHA heeded Mayor Ron Nirenberg’s call to action to expand affordable housing options in anticipation of hundreds of thousands of new residents expected to move to the city in the coming years.”