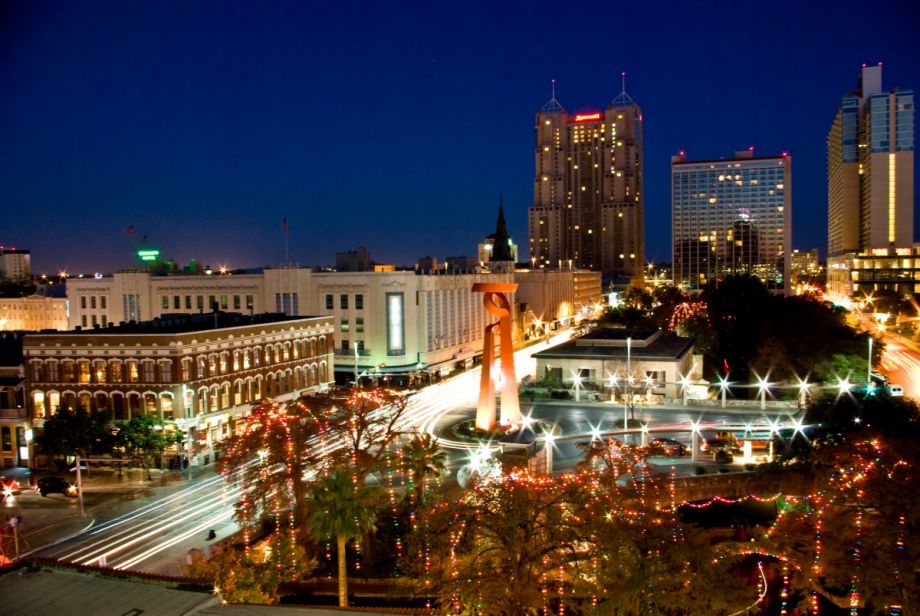 According to the San Antonio Business Journal, “the lawsuit challenges the constitutionality of a city law that bans mobile food vendors … from operating within 300 feet of a restaurant or brick-and-mortar food business without such a business’s permission.”

Other places in Texas seem to have resolved such city-centric struggles. Nearby Austin supports the food truck industry, by listing all permit requirements in one place on a city website.

The Institute for Justice, a libertarian law firm with ties to the Koch brothers that has supported the National Food Truck Association, is representing the four truck owners in San Antonio. According to the San Antonio Current, the firm has filed similar lawsuits in other states.

“Food trucks bring all sorts of diverse foods at various price points, and they also employ people, creating jobs and most importantly, providing a step up the economic ladder,” Arif Panju, an Institute for Justice lawyer, told the Business Journal. “What’s important for all entrepreneurs from San Antonio is that the lawsuit seeks to vindicate a common principle — to regulate something, you need some sort of legitimate government interest.”

San Antonio news station KENS5 reports that the San Antonio Food Truck Association voted not to participate in the lawsuit.