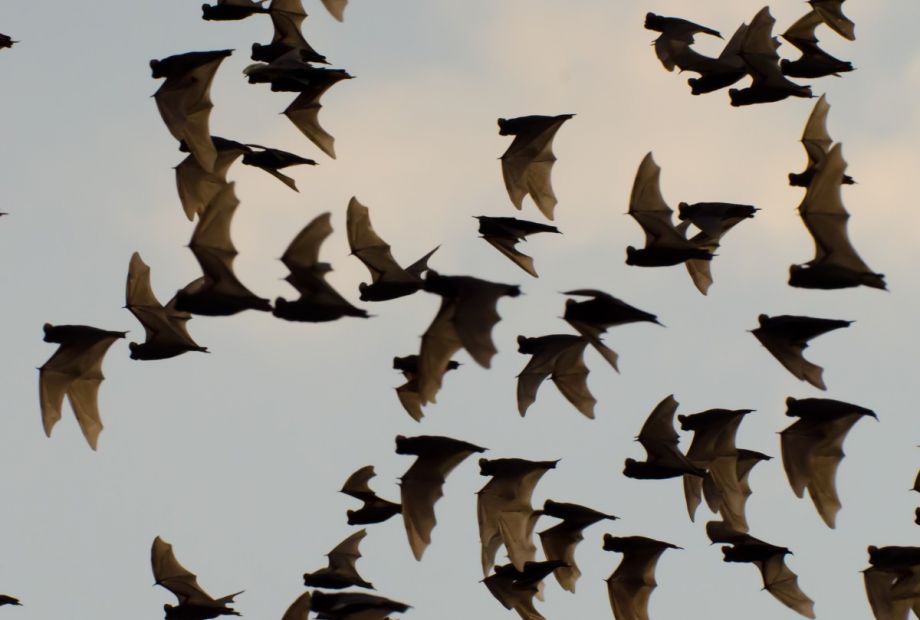 It’s been a frightening year for the world’s largest bat colony, threatened by the specter of Texas sprawl.

But on Halloween, their nightmare ended when a $20.5 million real estate deal, backed by the city of San Antonio, private donors, non-profit groups and more, saw the transfer of land near the Bracken Bat Cave from Galo Properties to the Nature Conservancy.

Home to 20 million Mexican free-tail bats, most of them pregnant mothers and nursing newborns, the cave is in one of the fastest-growing areas in the U.S. — and nearly became neighbors with a 3,800-house subdivision.

This October 31st deal for a 1,521-acre tract near the cave protects the bats, as well as the Edwards Aquifer Recharge Zone from the impact of dense development. The aquifer supplies most of the water to San Antonio; the cave is about 20 miles northeast of downtown. Nearby, the U.S. Army had already preserved land to protect the endangered golden-cheeked warbler.

“It’s unusual for a piece of property this size to contain so many critical conservation priorities,” says Laura Huffman, director of the Austin-based Nature Conservancy. “We’re calling it the environmental trifecta. The Triple Crown of Conservation.”

It also set a new example for cities and counties across the country as they seek to preserve biodiversity for reasons both aesthetic and utilitarian, Huffman says.

For 10,000 years, the bats have lifted 100 tons of bugs out of Texas skies every night, protecting the balance of nature, guarding crops and negating the need for pesticides.

So proud are the locals of their bats in Central Texas — the world’s largest urban bat colony lives an hour’s drive from San Antonio, under a bridge in downtown Austin — they’ve built statues and named businesses after them.

The Bracken Bat Cave and nearly 700 acres of the surrounding land is owned by Austin-based Bat Conservation International, which helped with the deal. From spring through fall each year, millions of bats spiral from the 60-by-30-foot mouth of the cave and into the skies — a nightly migration so heavy it shows up on weather radars.

New homes would have attracted the bats, which love buildings and follow insects to porch lights and swimming pools, and would have been built in the areas where the baby bats learn to fly, says Andrew Walker, executive director of Bat Conservation International.

That would have resulted in thousands of bats congregating near the houses for three hours each night — lighting on porches and rooftops, interacting with humans and pets, and bringing rabies concerns that could have led to the sealing of the cave.

Protests ensued and in mid-2013, Galo made it clear they were open to other ideas. But then in November 2013, Dallas-based Stratford Land prepared to buy the land in a deal with Galo.

Stratford met with Walker’s group around Thanksgiving, and after learning about the bats, pulled the plug in December.

“They looked at it very objectively and said, ‘This is really no place to be building,’” says Walker. (I reached out to Galo Properties and Stratford Land for comment, but no one returned my calls.)

Rather than immediately seeking another bidder, Galo agreed to give groups time to string together a coalition, says San Antonio City Councilman Ron Nirenberg. “On one hand, you need a tremendous amount of work and public support,” Nirenberg says. “On the other hand, you need a private owner who allows for that work to happen.”

The city had a huge stake in conserving the land — not just for the benefit of preserving wildlife and the Hill Country heritage. San Antonio wanted to protect its aquifer, and that gave it powerful leverage with its citizens.

“San Antonio has been one of the premier cities in the United States for protecting their watershed because of the aquifer’s water being finite,” Walker notes.

In mid-October, the city okayed $10 million for the deal — half of which had been approved by voters to protect the Edwards Aquifer Recharge Zone, and half from the transfer of development rights on the land.

Bat Conservation International and the Nature Conservancy closed the gap with the remaining $10 million in private donations and funding.

Nirenberg called it a victory and a model for the future.

“It’s a question of sustainability,” he said. “If we don’t take an active role in how our city grows, then we’re looking a future that no one wants for our region.”