What You Have to Earn to Afford a Home in 27 U.S. Metros – Next City

What You Have to Earn to Afford a Home in 27 U.S. Metros 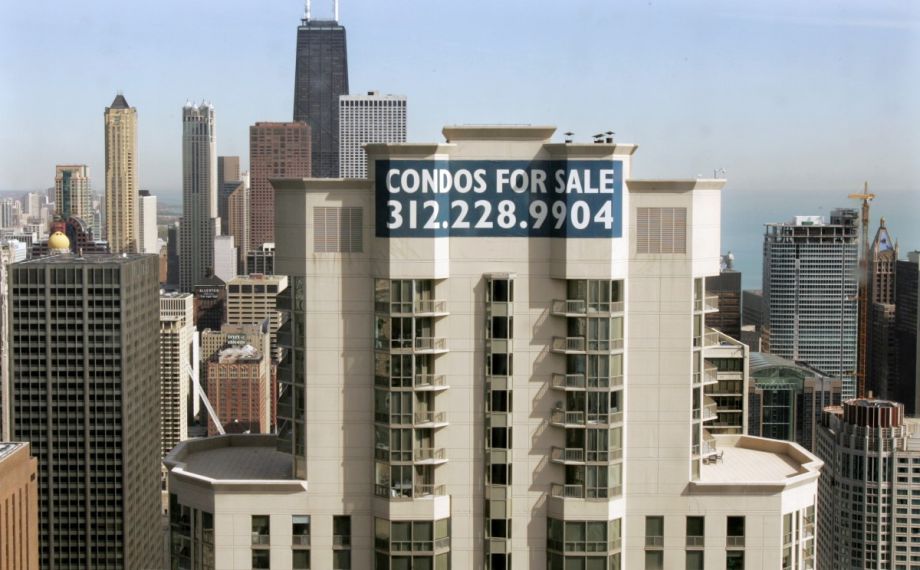 As cities far from New York and San Francisco brainstorm about how to make housing more affordable, mayors in 27 U.S. metros might want to note just how big your paycheck needs to be — according to one mortgage and loan tracking site — to buy a home in their region.

HSH.com released a report — based on 2014’s fourth quarter sales data and rates for a 30-year, fixed-rate mortgage — on the salaries required to live the homeowner life in cities from Atlanta and Miami to Boston and Minneapolis. (The site used “standard 28 percent ‘front-end’ debt ratios and a 20 percent down payment subtracted from the NAR’s median-home-price data to arrive at … figures”; the whole methodology is here.)

With its median home price at $135,000, the Pittsburgh metro had the lowest salary threshold on the list. According to the data, it would require a $31,716 salary to buy a home there. Unsurprisingly, San Francisco had the highest salary requirements: You’d need to pull in $142,448 to buy a home in that West Coast metro, where the median price is $742,900.

Though the numbers show that homeownership costs had gone down in all but one of the 27 metros last quarter, Americans still need to earn more than the national median income (which according to the most recent available data is $52,250) in 11 of 27 major metropolitan areas to afford a home. 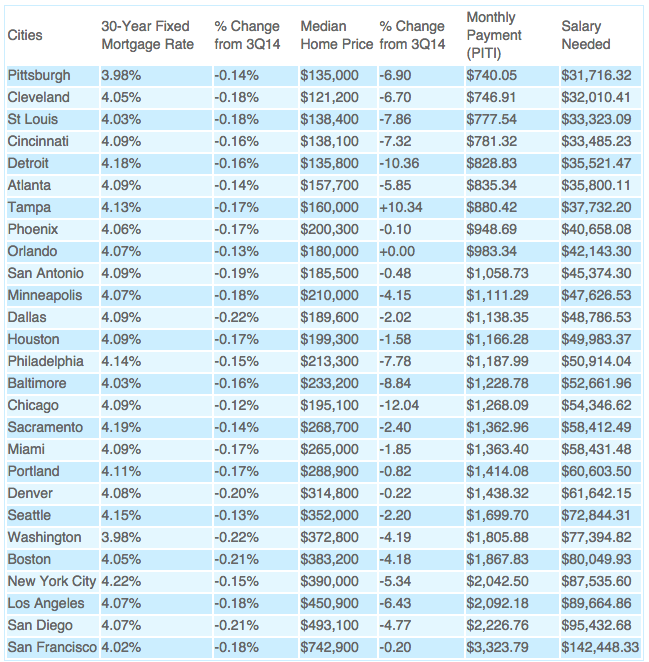