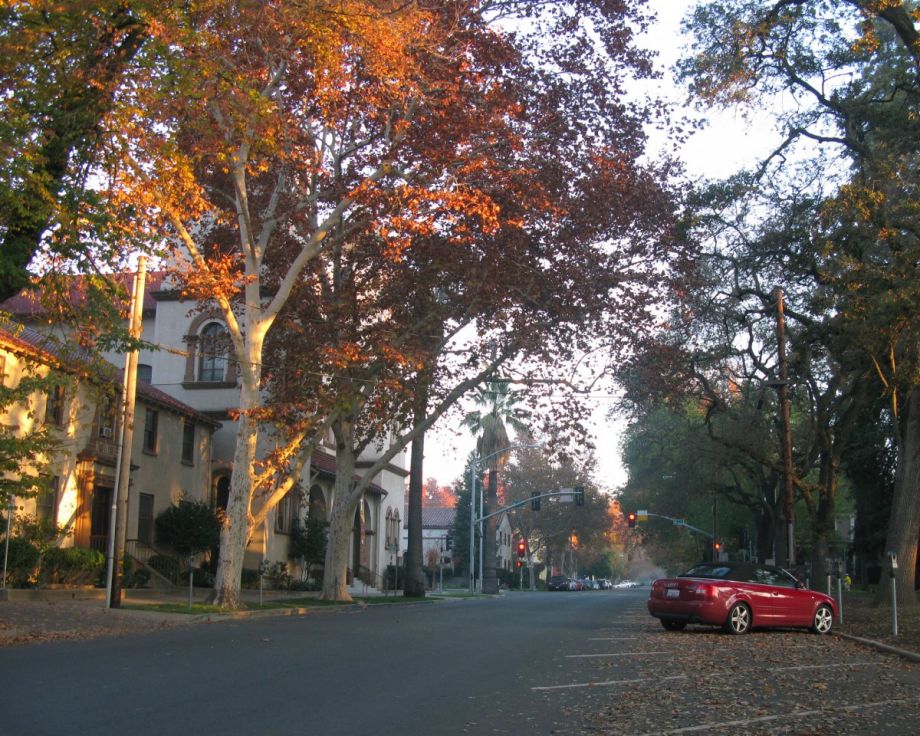 A fight is brewing over Sacramento’s urban canopy, and a proposed ordinance that seeks to protect it. The city’s council will vote Thursday on a set of “hotly contested” new rules for maintaining and removing trees on both private and public land, reports the Sacramento Bee.

The new ordinance would encompass trees in city parks, as well as street trees and others on city land, adding protections for about 25,000 trees that are not currently covered by the city’s code. It also creates funding and regulations for replanting trees when older ones are removed, and steeper penalties for those who remove trees illegally or fail to treat diseased trees on their property. If it passes, 15-day notice would be required to remove any of the city’s 100,000 trees and some heritage trees on private land. Currently, residents can protest tree removals to the Parks and Recreation Commission. Under the new ordinance, the director of the Department of Public Works would decide appeals involving everyday maintenance. Residents could still appeal removals due to construction projects to the city council.

Greg Smith, senior engineer at the department of public works, told the Sacramento Bee that “the new ordinance is much clearer and more concise” than the existing code, which he called “very confusing.” But community advocacy group Trees4Sacramento said removing the parks commission from the oversight process gives the city an edge in these decisions. “You don’t want to have the fox guarding the hen house,” said a representative. “Frankly, there’s a lot of mistrust.” The group wants an independent arborist to make the judgment when disputes arise.

The group also says the new ordinance misses the forest for the trees, focusing too much on individual plants and not enough on the total canopy. They want the new ordinance to require the city give explicit consideration to how the removal of a tree will impact the city’s overall coverage, which the group believes has reduced over time.

Council Member Jeff Harris, who has been instrumental in drafting the proposal, said that if the law passes, he plans to ask city staff to create an annual report on how it’s working, and to possibly create a website that posts tree removal notices and other information to increase transparency. The new ordinance would also require the city to create a tree master plan, which Harris says would consider policy issues like diversifying plant species to include ones better suited to the city’s increasingly dry climate and protecting the canopy over all.

The latter, says one council member, is essential to ensuring the equal distribution of trees across both poor and minority neighborhoods. Council Member Eric Guerra said he’s concerned the ordinance doesn’t address issues of environmental justice. According to a 2015 study, Sacramento’s poor neighborhoods and those where a majority of residents identify as black, Asian or Hispanic tend to have fewer trees than higher-income, less diverse neighborhoods. All of the seven cities included in that study had less tree cover in low-income neighborhoods, but Sacramento was the only one with fewer trees across all minority neighborhoods. One of the studies’ authors said that may be a result of Sacramento’s dry climate: In New York, Raleigh and Baltimore, trees will just pop up on vacant land, but in Sacramento, they require resources for maintenance and care, which may be harder to come by in poorer areas.