Housing in Brief: Sacramento City Council Votes to Allow Fourplexes in All Single-Family Zones – Next City 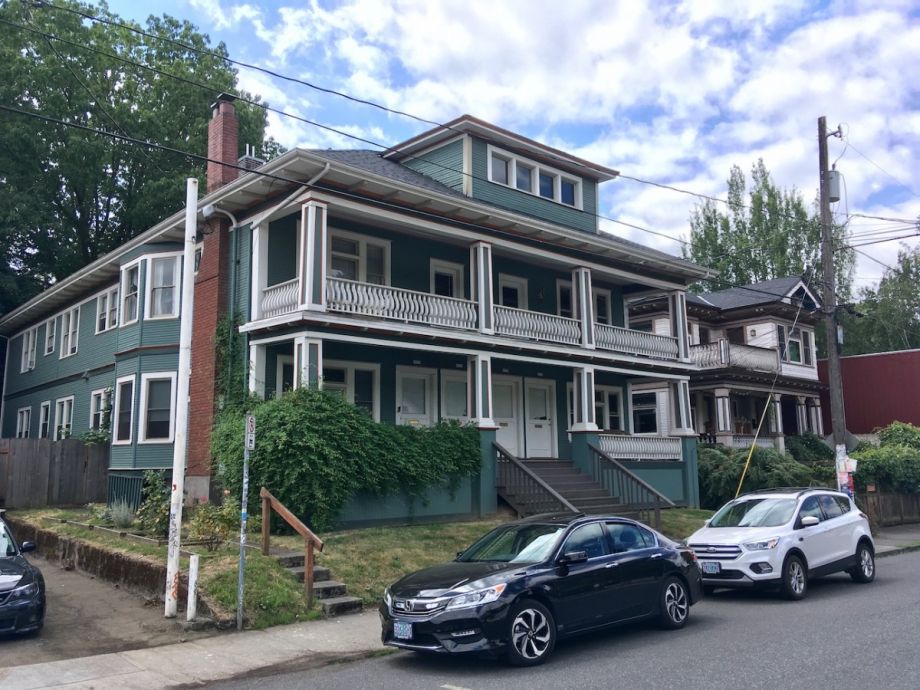 Fourplexes, like this one in Portland, Oregon, will be legal in all single-family-zoned areas in Sacramento. (Photo by Sightline Institute: Missing Middle Homes Photo Library / CC BY 2.0)

Sacramento City Council Votes for Fourplexes in All Single-Family Zones

Sacramento is on the verge of joining a small group of cities that have effectively ended single-family zoning in an effort to increase residential density and reduce the cost of housing, according to a report in the Sacramento Bee. The City Council voted 8-0 this week to allow up to four units to be built on lots where only one is currently allowed, according to the report. Sacramento Mayor Darrell Steinberg said the effort was part of a “drive for inclusion and equity,” the report says. The proposal has inspired opposition in some of the city’s more exclusive neighborhoods, but “most of the roughly 30 people who called in [to the hearing] to give public comment were in support of the change,” according to the story. The proposal does not increase the height restrictions currently in place in single-family neighborhoods, and would not affect historic protections for existing houses, the report says. The city council will need to approve a new general plan, about a year from now, before the change can be implemented, according to the report.

Other cities that have moved to eliminate single-family zoning in recent years include Minneapolis and Portland, Oregon. Grand Rapids, Michigan, moved to a form-based zoning code that doesn’t include single-family residential caps around a decade ago, as Next City reported.

The Washington State Senate is considering a bill that would allow municipalities to impose a tax of up to 10 percent on short-term rentals like Airbnb and VRBO, according to a report in The Olympian. The tax, which would be paid by users of those services when they book their stays, would be used “to fund capital and operating costs of affordable housing programs,” according to the report. The bill is enabling legislation that would allow cities to impose the tax. If it is approved, and every city imposes the maximum tax, it could raise more than $30 million in a year, or about a third of what the state sent to its affordable housing trust fund in 2019, according to the report. State Sen. Liz Lovelett, who sponsored the bill, said in a hearing that she introduced the bill because more landlords have been converting apartments into short-term rentals in response to tourism demands, according to the report.

“I look at this as being a simple option for local governments to be able to start bringing in money at the local level,” Lovelett said, according to the Olympian. “Much like the lodging tax that is collected in order to promote tourism, this is going to be collected to offset the challenges that it provides to the rental markets in any local jurisdiction.”

Amazon to Invest $2 Billion in Housing in Three Headquarters Cities

Amazon has committed to spending $2 billion to build and preserve 20,000 affordable housing units in and around its headquarters cities of Seattle, Nashville, and Arlington, Virginia, according to a report in Smart Cities Dive. The investments will include grants and below-market-rate loans to support housing for people earning between 30 percent and 80 percent of area median income in the three regions, according to the report. The company announced $339.9 million in below-market loans and $42 million in grants to the nonprofit Washington Housing Conservancy, which works to preserve “affordable workforce housing” in the D.C. region. The group is slowly converting an existing apartment complex called Crystal House in Arlington to serve people earning less than 80 percent of AMI, according to a press release. Amazon also committed $161.5 million in loans and $24 million in grants to the King County Housing Authority in the state of Washington to acquire and rehab homes for people earning roughly 80 percent of AMI, according to the press release.

“This investment is a relative drop in the bucket, but Amazon’s loans and grants will provide much needed capital for expanding our supply of affordable housing now, when our communities need it the most,” King County Councilmember Jeanne Kohl-Welles told Smart Cities Dive.