Rotterdam Is Drowning in Empty Office Space – Next City 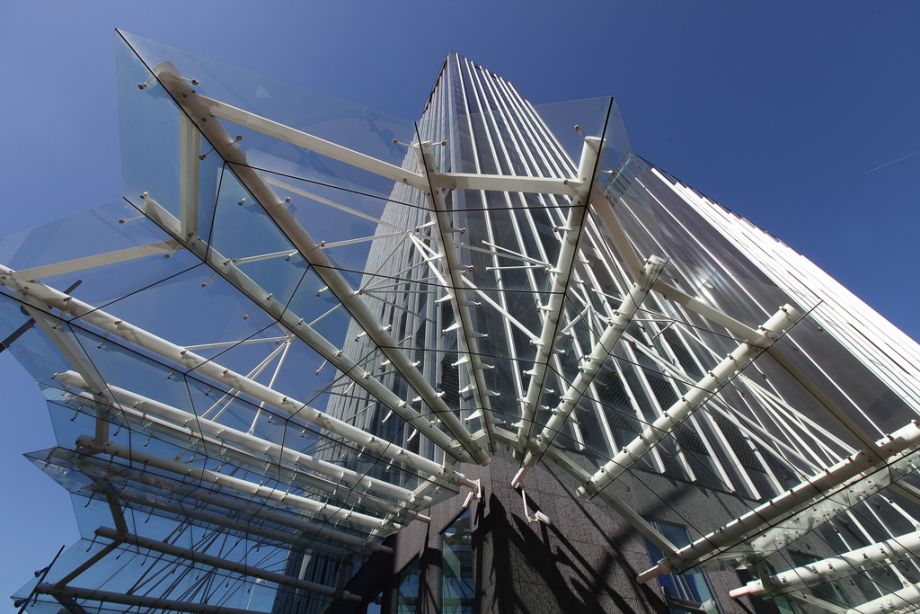 Rotterdam has a vacancy problem, and according to Dr. Hilde Remøy, assistant professor of real estate and housing at Technische Universiteit Delft, it’s going to get worse before it gets better. The city has one of the highest office vacancy rates in the Netherlands, and the Netherlands itself has the dubious honor of hosting the highest national office vacancy rate in Europe. Nationwide, there are more than 7,500,000 square meters of empty office space, and more than half of that total has been empty for more than three years.

The problem has been building for the past two decades. “Although there is still a strong market for new office space, older offices are quickly becoming obsolete,” says Remøy. “We saw the first signs of a problem at the end of the 1990s, but this was temporarily resolved by the new IT industry. In 2001, that IT bubble burst and vacancy rose again. The number of employees declined and companies repeated the pattern of moving to newer office buildings.”

The aging buildings were neither demolished nor converted, leaving hundreds of thousands of empty square meters scattered around the country. Just before the global economic crisis hit the Netherlands in 2008, office vacancy in Rotterdam was at an all-time low. Only about six percent of the available office space stood empty. As the recession dragged on, however, companies downsized, closed, or left the city for cheaper, suburban spaces. Combined with a popular new “flexible” way of working that required less square meters per employee, the number of empty offices mushroomed. By the fourth quarter of 2013, office vacancy reached 18.5 percent – more than 800,000 square meters. In some districts, like Rotterdam Alexander, vacancy rose as high as 28 percent.

The problem with empty buildings is that vacancy breeds vacancy. “When one building stays empty it leads to a decline in both rental value and property value of the surrounding buildings,” says Remøy. “This negative influence can have a ripple effect as more and more buildings lose tenants and cannot replace them.”

Ironically, new office real estate is a booming market in Rotterdam. There is no competition between new development and older buildings: everyone wants something new. Much of this has to do with the difficulty and cost associated with renovating existing buildings to meet contemporary needs. Many older buildings have smaller floor plans that aren’t suitable for the flexible workspace that modern companies prefer. Redevelopment into housing or other uses is also problematic. According to research from OVG Real Estate, a local developer with a focus on sustainability, only 15 to 20 percent of the existing empty stock could be successfully redeveloped because of restraints like daylight access, elevator placement and structural limitations.

For ambitious designers and entrepreneurs, however, these limitations are seen as creative challenges. In fact, over the last three years, nearly 200,000 square meters of empty office space has been transformed into housing, clinics and hotels. The refurbishment has happened faster than expected and the trend now seems to be catching on with larger private developers. In 2012, architecture students working with Remøy at the Technische Universiteit Delft and the Rotterdam Veld Academie presented a plan with various scenarios for redeveloping an iconic 10,000-square-meter office building in the heart of downtown. The plan looked at investment and financing possibilities, as well as strategies for increasing the building’s long-term sustainability. Remøy is currently leading a studio for 60 architecture students looking at redeveloping a cluster of vacant buildings in the center of the city. They’re working closely with the municipality and other stakeholders, and hope to have a transformative effect on this area.

Last year, the Rotterdam Architecture Prize went to ZUS architecture firm for their reanimation of the Schieblock building and construction of the Luchtsingel. The Schieblock project took a massive office building from the brink of demolition and brought it back to life as one of the most popular creative spots in the city. Among other tenants, the Schieblock now hosts photographers, graphic designers and architects, as well as a shop with locally made wares, a café, debate space, beer garden and one of the largest green roofs in Rotterdam.

Until now, the city of Rotterdam hasn’t been keen on telling investors where to put their money. Like most cities, the local government doesn’t have jurisdiction over buildings it doesn’t own. There are small, “persuasive” programs, but no structural plan for creating tax incentives for redevelopment or adaptive reuse. Remøy calls this strategy “a good initiative, but not enough.” She cites a groundbreaking program in Melbourne, Australia that provides rebates for energy efficient retrofits: the 1,200 Buildings program has been so successful in part because the city of Melbourne facilitates the loan process between banks and owners for eligible projects. The model is the first of its kind and includes a shared-cost provision that allows both owners and tenants to benefit from energy discounts and other perks. Everyone wins.

Rotterdam is certainly not the only city still feeling the pinch nearly six years after the crisis began, but it may be one of the few cities with enough creative designers and ambitious entrepreneurs to build a new redevelopment model for empty real estate from the ground up. If that has to happen first in an ad-hoc way, so be it. But the municipal government can see that Rotterdammers are serious about making constructive use of their city. That’s good news, because according to Remøy’s latest research, the Netherlands’ office vacancy is projected to reach 25 percent in the next few years. The city government should make it easier and more financially appealing to adapt and re-use existing urban fabric before this temporary problem becomes permanent.