In Louisiana, It’s Big Gaming vs. Big Energy – Next City 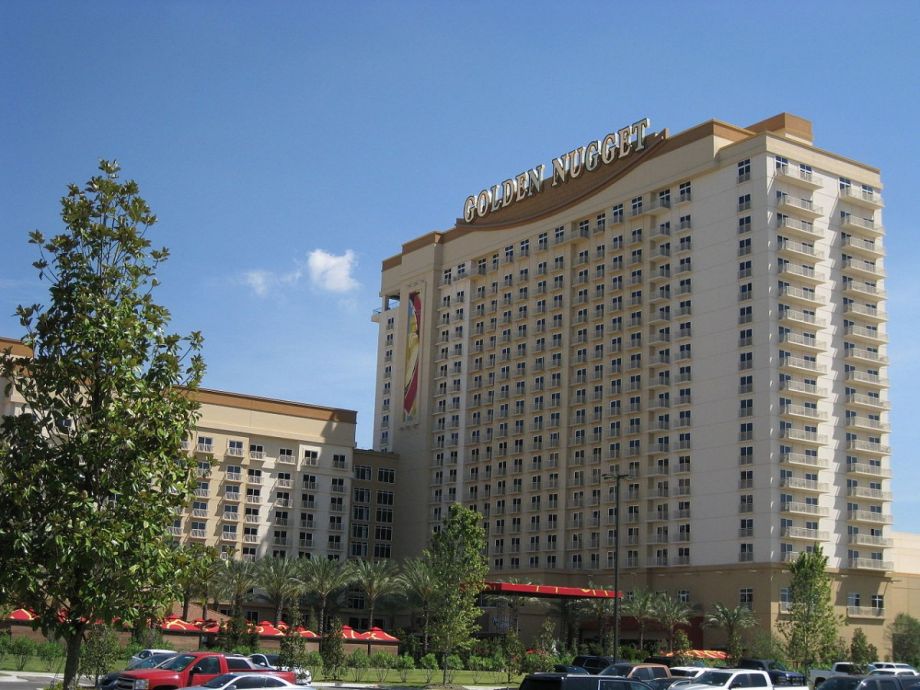 The opening of the Golden Nugget Lake Charles late last year was a flag-in-the-mud moment for the gaming industry in Louisiana. For the first time since before Katrina, all 15 of the state’s riverboat licenses were actively in commerce, an expansion of casinos at a time when many are shuttering nationally. The proposition did not seem to bode well for competitors. The Golden Nugget moved in right next door to L’Auberge, the top-grossing riverboat in the state, leaving many prognosticators to wonder whether the new arrival would kickstart some market cannibalization.

Eight months later, L’Auberge’s revenues are up, and the Golden Nugget is thriving. In May, Louisiana reached a record all-time high for monthly riverboat-gaming revenue ($179 million) — which accounts for more than half of all gaming revenue statewide.

However, poverty in Lake Charles, which is the fifth-largest city in Louisiana, continues to run high. Although capital investments in the local energy industry have led some to forecast a rosier financial outlook, neither oil companies nor casinos demonstrate a clear path to increasing equity in the city.

In the early 1990s, the state of Louisiana implemented riverboat gambling and video poker largely under the direction of Governor Edwin Edwards. By the end of the decade, Edwards had been sentenced to 10 years in federal prison for racketeering, extortion, money laundering and various forms of fraud, including charges associated with taking bribes in exchange for casino licenses. It was an inauspicious start, but before long, riverboats grew into moneymakers for the state.

And by riverboats, I mean dockside casinos, ironically. They actually haven’t been allowed to cruise around the Gulf of Mexico since a 2001 piece of legislation that also happened to increase taxes. Out of every casino’s revenues, the state now collects 21.5 percent in taxes; additionally, local parishes and towns can grab up to 4.5 percent of the casino’s pie.

Besides job creation (riverboats employed over 13,000 people statewide, 99 percent of whom live in the state and almost two-thirds of whom were minorities), it’s these taxes that the gaming industry cites when touting casinos as a model contributor and cog within the state economy. “Louisiana really only has agricultural and petrochemical jobs,” says Wade Duty, executive director of the Louisiana Casino Association. “Right now, with oils prices being what they are, petrochemical is not exactly where you want to bet your future employment status.”

New Orleans’ The Advocate also attributed a delay in construction of the biggest forthcoming Lake Charles-area energy plant earlier this year to a drop in oil prices. Then again, some $90 billion worth of energy-sector projects are expected to break ground within Louisiana by 2020, including a 3,000-acre natural gas complex in Lake Charles built by the South African oil company Sasol. While doubts remain about the profitability of the ever-expanding liquefied natural-gas industry, the staggering size of the investment along the bayou suggests the state is doubling-down on its potential. Along with the refineries and distribution centers, so rides the future of the Louisiana economy.

Meanwhile, casino taxes are just a drop in the bucket. According to the industry’s most recent annual report, riverboats paid $340 million in taxes — which covers about 1 percent of the state government’s $29 billion operating budget. Supporters argue that this figure obscures the true impact of gaming, for a couple of reasons. First, revenue from hotels, restaurants and merchandise are all taxed separately and don’t show up as gaming contributions. Second, state lawmakers do a poor job of showing what they’ve used that money for.

“The bulk of the gaming revenue goes into the state general fund, also known as the black hole,” says Duty. “Some states like Iowa and Mississippi have a real simple formula and it works really well for the casino industry, because you can say ‘look, we paid X dollars in taxes last year, and it bought you this bridge and this school and these four fire trucks. In Louisiana, we did not take that approach.”

While proponents claim the material impact of gaming in Louisiana remains understated, industry critics question whether there’s a positive imprint at all.

“One of the things casinos try to do is keep people inside the casino,” says Barbara Dafoe Whitehead, one of the lead researchers on casinos at the civil society think tank Institute of American Values. What winds up happening is that people eat, drink, and seek out entertainment inside the casino, eliminating the chance for gaming to be a multiplier or stimulative force on the local economy it surrounds. “[Casino developers] try to persuade the political class to legalize and license casinos in the hopes that it’ll draw new business in,” says Whitehead. “But that record, to be fair, is very mixed.”

The charm offensive has rubbed off on State Representative Chuck Kleckley — who in addition to being Speaker of the Louisiana House is a business owner in Lake Charles. “We’ve seen growth in our restaurants, our retail, hotel, motels,” Kleckley says, when asked about the city’s growth since casinos arrived about 20 years ago. “They’ve been great for our people and great for our economy.” But, according to this Greater Baton Rouge Business Report post, the influx of hot dog stands and street performers taking hold in downtown Lake Charles (it remains many years away from a “renaissance”) is mostly due to the thousands of temporary workers arriving for jobs due to energy industry growth, and less credit should be given to the casinos. (In the discussion of economic improvement for residents, it should be reiterated that the casinos overwhelmingly hire local, whereas the energy industry often imports its workforce.)

Looking at one metric of economic well-being — the poverty rate — Lake Charles hasn’t been bolstered by two decades of gaming’s presence. Between 2000 and 2013, the percentage of individuals in the city living below the federal poverty level rose from 20 to 22 percent, even while the number declined statewide. It’s impossible to parse out the impact of gaming on this trend, in part because two major depressive events occurred over that span — Hurricane Rita and the Great Recession — and there’s been major fluctuations in petrochemical prices, as commodities tend to do. But according to Whitehead’s co-authored paper, “Why Casinos Matter,” the presence of casinos often exacerbates inequality in a region. Higher-income patrons contribute a disproportionately low amount of revenue, while lower-income people, retirees, the disabled and minorities all contribute disproportionately high amounts. Plus, predatory businesses like payday lenders and pawn shops commonly crop up in tandem with casinos.

Over the last decade, more and more states — including Massachusetts and New York— have legalized table games and forged ahead with construction plans for destination casinos. This prospective growth has been coupled with countless stories about the saturation of the industry in the Northeast U.S. and the news of several Atlantic City casino busts.

For now, gaming in Lake Charles still has a geographic advantage, with the majority of riverboat-casino patrons (including more than 80 precent of L’Auberge’s business) coming from out of state, predominately from Texas. Within a two-hour drive are the metropolitan regions of Houston and Beaumont. But while proximity to Texas is the casinos’ biggest advantage, it’s also the biggest reason to worry about the long-term viability of gaming in Southwest Louisiana. In 1999, the Gaming Control Board authorized a cost/benefit analysis to gauge the impact of what would happen should Texas legalize gambling. The results suggested the casinos in Lake Charles wouldn’t be simply dinged by the move: They’d likely be crippled.

Ronnie Jones, chairman of the Louisiana Gaming Control Board, believes that the prospect of legalization in the current climate of Texas politics is highly unlikely, although there would be a dire situation should it become real. “What would happen if Texas legalized gambling? We already know what would happen,” Jones says.

Crossing your fingers that a neighboring state doesn’t legalize your industry seems like a luck-based business plan, and in the long run, states that eye casinos as economic saviors might do well to reconsider. Particularly when it comes to strategizing for equitable economic development.

“State-sponsored casino gambling creates a stratified pattern that parallels the separate and unequal life patterns in education, marriage, work and play that increasingly divide America into haves and have-nots,” Whitehead notes in the paper.

In the short term, Lake Charles may have a casino boom and the prospects of a new frontier of energy business to fuel its economy. (The customer base for gambling might even be growing as a result of the latter.) But in the long run the city would be smart to start diversifying its economy with less risky investments. Whether betting on big energy or big gaming is a right move for Lake Charles and the state of Louisiana remains to be seen.