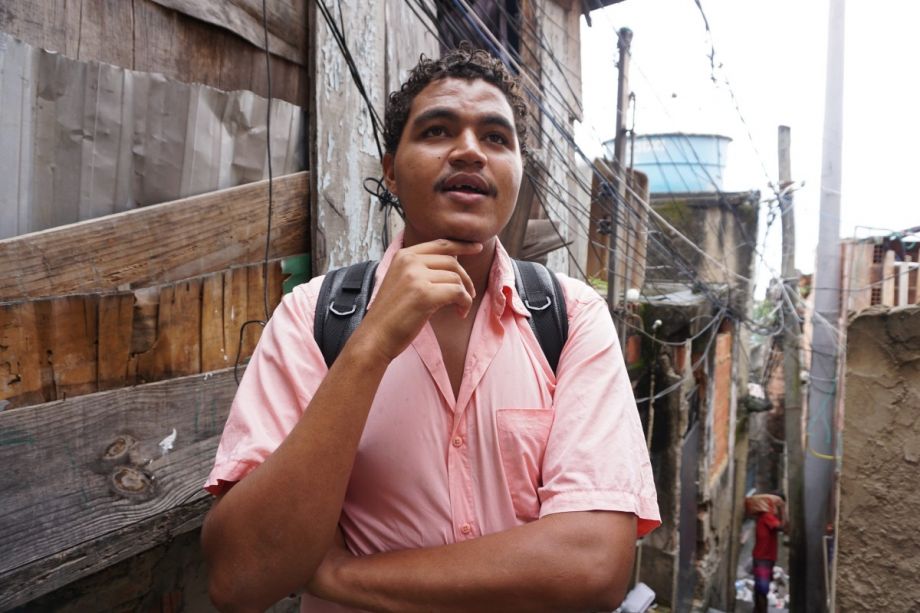 Spanish tourist María Esperanza Jiménez wanted to do one last thing before she left Rio de Janeiro in October: visit a favela. So her tour leader contracted an Italian guide to drive them through the Rocinha favela, a massive community characterized by informal buildings, low-quality housing and limited access to public services. According to news reports on what happened next, neither of the guides alerted Jiménez about the tense situation in the favela. Police were on the hunt for a drug trafficker, and there was an army presence too. After Jiménez visited a rooftop and a crafts market in Rocinha, she and her Italian guide set off in their car to see more of the favela. As the driver entered a commercial area, police ordered their car to stop. When it didn’t, the police shot, hitting the vehicle. One of the bullets struck Jiménez, who was 67, and killed her.

Her death made international headlines and even surprised locals who are familiar with Rio de Janeiro’s police violence.

“I thought the woman had wandered into the favela alone,” says Camila Moraes, a professor of tourism at the Federal University of the State of Rio de Janeiro. “But then I learned she was with a foreign tour guide. This person wasn’t a local from the Rocinha community. They weren’t even Brazilian.”

Many people think that Jiménez’s death could have been prevented if she had contracted a community-based favela tour guide. Those professionals point to the unfortunate death as a reason that their type of sustainable tourism is the only kind that should exist in favelas. The incident has sparked a new movement among local guides, which underpins a government move to promote community-based favela tourism across Rio and especially in Rocinha, the largest favela in Rio de Janeiro.

“We are fighting for us, and we are raising a large flag for our tourism in the favela,” says Cosme Felippsen, a community-based favela tour guide who organized several meetings after Jiménez’s death. “In recent years we received government support [such as tourism classes]. Now we are realizing that we have to fight for favela tourism ourselves.”

With community-based favela tourism, the guides live where they work, which gives them an advantage over large tour companies that contract anyone willing to take the job. The money earned by the guides also ends up back in the community. They know where to take tourists in precarious times. They also share their personal experience of living in a favela, dispelling the stereotypes that visitors often arrive with.

A few months ago, I found myself in a similar situation to Jiménez. I wanted to visit Providência, a favela that had been experiencing violent flare-ups between drug traffickers and police. I found a three-hour tour called Rolé das Favelados, led by Felippsen, 29, who was born and raised in Providência. I met him at the Central train station and we caught a ride up the hill in a van. We then climbed the hills of the community, while Felippsen explained how Providência became the first recognized favela in Brazil 120 years ago. He also talked about the efforts of favelados across Rio to remain in their homes, given the pressure to remove them in recent years. Our group of four ate french fries, grilled chicken and shrimp at a local restaurant owned by a woman who had lived in the favela for more than 30 years.

“Our goal is to change people’s views of favelas and diminish discrimination,” Felippsen says of why he started the Providência tour.

Moraes notes that in the Santa Marta favela, community guides lead tourism. Santa Marta is a popular favela for tourists because of its history with Michael Jackson, who recorded his “They Don’t Care About Us” music video there. Back in 2008, it was also the first favela to be “pacified,” a policy in which police took over favela communities, expelled drug traffickers and provided expanded social services. The government wanted to show off Santa Marta, so it began training locals to become tour guides. It even built a tourist booth at the bottom of the hill where locals can sell their services. One of the most touted success stories is the Braziliadade tour founded by Sheila Souza, a Santa Marta local who participated in the government-sponsored classes.

“In Rocinha there is the possibility that tourism can be rethought and instead stay in the hands of those who live there,” Moraes says.

Community-based tourism exists in Rocinha, but historically it has been dwarfed by big commercial tour businesses that pick up tourists in their hotel and ferry them around the favela. Marcelo Armstrong, a Brazilian tour guide who is not from Rocinha, pioneered commercial favela tourism in 1992 with the introduction of his favela tour in Rocinha. Today, Viator, a popular online site for tours, lists more than a dozen in Rocinha, ranging in price from $40 to $90 per person. Many favela tours have direct access to hotels and tourism agencies. Before Jiménez’s death, it was common to see Jeeps filled with tourists rolling through the favela, home to more than 200,000 people.

“I only want my part,” Aílton​ Macarrão, a Rocinha local and owner of the Rocinha Original Tour, says. “The cake is very big, but it’s not divided well.”

Now, as Rio’s high season for tourism approaches, commercial visits to Rocinha have almost dried up. This has presented a unique opportunity for people like Macarrão to step into the void. He has been promoting community-based tourism there since 2008 when he created the Fórum de Turismo da Rocinha. “[People living in Rocinha] realized that there were tons of tourists and that the tourism was not being controlled,” Macarrão says. “The tourism companies had free rein over Rocinha and no one had any interest in improving the quality of the tours.”

Since then, Rocinha and favela communities throughout Rio have received government support in the form of classes and even infrastructure like the tour booth in Santa Marta to promote favela tourism. Macarrão created Rocinha Original Tour in 2011. Today, he says, there are about 20 community-based guides in Rocinha.

Macarrão still blames the police for Jiménez’s death, but he says his tours would have diminished the likelihood of her group having a confrontation with the police. Unlike the commercial tours, visitors meet Rocinha Original Tour guides at the Rocinha train station and they walk through the neighborhood. The company organizes barbecues and lunches too.

While state and city government support of favelas has dwindled since the 2016 Olympic Games and the World Cup in 2014, a new state law might reverse the trend and further boost the efforts of guides like Macarrão and Felippsen. In November, the Legislative Assembly of Rio de Janeiro unanimously voted to require big tourism companies to prioritize hiring locals when it comes to staffing guided tours of favelas. (The governor still has to sign into law.)

Also in November, Riotur, the governing body for tourism in Rio de Janeiro, agreed to include favelas on the maps that are distributed to tourists. Currently, the maps show favelas as simply forests, excluding about 1.4 million people.

Kiratiana Freelon is a multimedia journalist based in Rio de Janeiro, Brazil. She's currently writing a travel and culture guide to Black Rio.