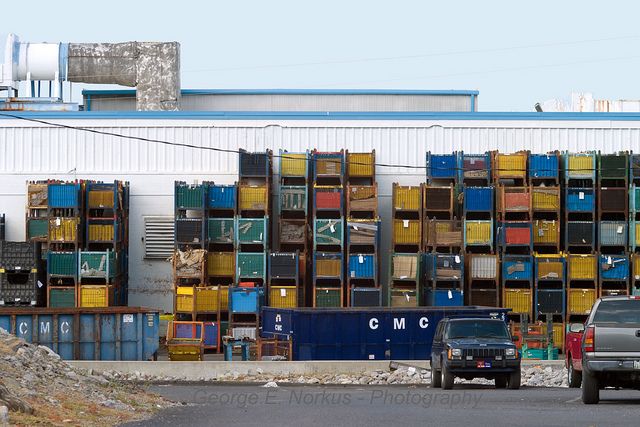 The free trade economy has been an utter disaster for America’s most important manufacturing regions. Trade deficits are arguably rubbing acid in our unemployment wound and hastening economic dislocations across the giant swath of territory written off as rust belt. When national employment levels were passable, sanguine economists could dismiss industrial decline with shopworn truths: If some communities are in terminal decline it’s because they haven’t done enough to diversify, or aren’t entrepreneurial enough to tug at their own bootstraps. Deindustrialization is painful but also efficient according to old Ricardian notions of comparative advantage. Britain produces cloth. Portugal produces wine. The American Midwest produces heavy-manufactured goods. Now it’s time to diversify, argues a recent issue of Foreign Policy dedicated to cities, which matter-of-factly explains that “history is littered with the carcasses of once-great cities that couldn’t—or wouldn’t—adapt to changing circumstances.”

This line of argument holds that globalization should be a car with no driver. Some places win, others inevitably lose, and unforgiving “market forces of migration” (a term used approvingly by the World Bank) determine where people should live. American multinationals ply the globe in search of low wages, generous subsidies, unenforced labor laws and lax environmental standards. They do so under trade rules pressed for decades by a homegrown market-based consensus. Anecdotes proliferate about decay at home and exploitation abroad. Washington consensus holders dismiss these concerns as mere cracked egg shells in service to the twin omelets of growth and efficiency. But now that Washington is being hurt by its own consensus, the conventional wisdom, as the late economist John Kenneth Galbraith might have put it, has been undermined by events. Obama seems aware that gargantuan trade deficits matter during times of high unemployment. His lukewarm concern over manufacturing is arguably a dramatic departure from recent presidential history.

Endless bickering at the G20 over deficits, currency manipulation (one of the few end runs around WTO law), and debt levels reflect a global economy out of balance. One of the stated commitments of the G20 is to make sure the economic crisis doesn’t cut in on decades of progress toward trade liberalization. Yet confidence in the old Ricardian laws is no longer so unified. This is a timely concern on Obama’s part because without some serious shifts in national industrial policy, efforts to revitalize declining communities will amount to little more than managed decline. “Micro-entrepreneurship” and “right sizing” are catch phrases in the urban lexicon that ignore cities’ roles as sites of physical production. Some cities are even demolishing formerly productive structures for parkland! On the other hand local adaptive reuse policies will probably revive some neighborhoods with value-added small businesses, but I doubt they will amount in toto to a solid employment base. Places like Detroit would do well to generate knowledge sector employment but shouldn’t be abandoned as manufacturing centers. Perhaps their collective skill sets would make them viable staging grounds for the reputedly forthcoming enviro-industrial revolution.

The Detroit area has in fact held its own in high tech employment. It generated more tech industry jobs than Phoenix, San Diego, or Austin in the 1990s according to a measure by urban economists Ann R. Markusen and Pingkang Yu. Manufacturing itself is a diverse labor market. A workforce of lawyers, programmers, scientists and engineers—routinely defined as globalization’s non-expendables—is tied to local manufacturing. Calls to jettison the assembly line and remodel industrial spaces for new uses ignore the role that manufacturing plays in generating diversified employment. In all, 12.5 million Americans are employed in manufacturing sectors. This is a marked decline, but also proof of industry’s enduring centrality. Likewise there have been worrisome wage declines as unions weaken, but manufacturing sectors still earn 20 percent more than the national average. In normal times they could be dismissed in global trade talks as disposable relics ripe for outsourcing. These are not normal times.