Restaurants Walk Line Between Community Connector and Gentrifier – Next City 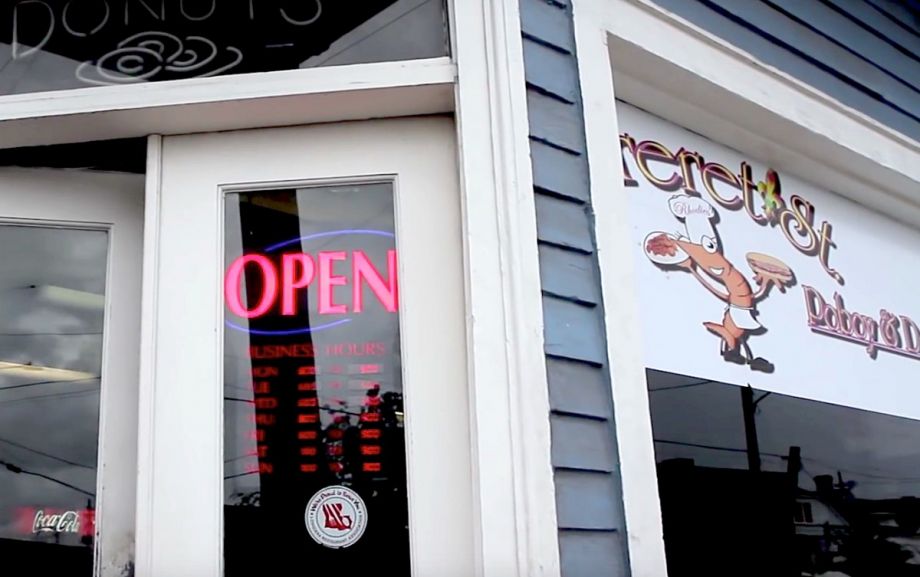 Journalist Clara Ritger talked to the owner of Freret Street Poboys and Donuts, above, in New Orleans, for her film series, The Great American Cooking Story.

Artisanal. Gastropub. Foraged. Food trends and new restaurants — from eateries that sell $3-a-slice toast to hipster coffee shops — have long been pointed to as both harbingers and symptoms of gentrification’s ills. Chefs and patrons are often cast as the villains. New documentary series The Great American Cooking Story is tweaking that familiar script. In six films, centering on Los Angeles, Austin, San Antonio, Atlanta, New Orleans and Washington, D.C., journalist Clara Ritger explores urban change through the lens of restaurant owners in the heart of neighborhoods that are in varying degrees of revitalization.

Through the series, Ritger encourages viewers to consider thoughtfully the influence of restaurants in the role of revitalization. And while not all restaurateurs are model community leaders, she found chefs who are bringing together both newcomers and longtime residents with every meal.

“The chefs were extremely knowledgeable about the issues important to their communities,” says Ritger. “It was funny because when I went to interview them, they were excited to finally be asked these types of questions about how they are playing a role in the transition of the community. Most journalists and local news media have only been interested in talking about the food.”

In the New Orleans film, Myra Bercy, owner of Freret Street Poboys and Donuts, likened her establishment to a place where anyone could get a meal — poor or wealthy. Freret Street is part of the post-Hurricane Katrina recovery story. Bercy left to escape the flooding but, wanting to be part of the rebuild, she returned to the city and opened Freret Street. She says that many locals returned because they couldn’t get their favorite New Orleans dishes elsewhere. Freret Street’s “budget breakfast,” for under $5, was created so that almost anyone could afford a hot meal and a chance to sit at a table in conversation with a stranger.

To keep his prices affordable, the owner of Chimney Coffee House in Los Angeles, Royce Burke, said he keeps costs down by making food in house. “I just want to create really good food … that [isn’t] insanely expensive and [doesn’t] immediately price out the entire neighborhood,” Burke told Ritger.

The chefs Ritger interviewed aren’t naive. They consciously stand on the dividing line of benefiting from a transitioning neighborhood, welcoming the influx of potential customers with disposable incomes, while struggling to stay loyal to the “locals” who all too often get left behind.

Neighborhood development, in and of itself, does not guarantee success for a restaurant either. Each chef expressed pride in their commitment to serving the community high-quality, culturally diverse food and providing a place where people could come together — all while facing the potential threat of one day being pushed out themselves, or failing in their business.

“By being a new restaurant, you’re already working backwards, you have to find ways to make it accessible to all members of the community — and this is extremely hard. This is more than the pricing of your menu. Are you offering something the neighborhood wants,” Ritger says.

She says many chefs lamented that too often tax breaks and development incentives are reserved for giant developers. The small business owner is forced to rely on less accessible resources, while staring across the street at a new building under construction — happening thanks to subsidies. There is little to no safety net for the small business owner when rising rents or increasing costs of food ingredients threaten. (San Francisco is one city where legislators have considered how to better support small businesses threatened by gentrification.)

Boston has leveraged federal money to support the local food economy. With a grant from HUD’s Choice Neighborhoods to develop housing for low-income residents in Dorchester, the project included the renovation of an old factory into a 35,000-square-foot food production facility where 50 food entrepreneurs work and employ residents from the neighborhood.

San Antonio was one of the first U.S. cities designated as a Promise Zone as part of President Barack Obama’s anti-poverty, neighborhood investment initiative launched in 2014. The announcement generated excitement in the Texas city, but two restaurant owners from the Eastside neighborhood told Ritger they’ve seen little impact around them.

“If [the city] would give out the grants they’ve been telling people about, yes, it would help out a lot … but we didn’t have time to wait,” Shane Reed, of Dignowity Meats, said in the film. While Reed was able to open without that help, he said, “I think all the money in San Antonio is focused on the Riverwalk, and you know, the Alamo area, which we want to change … . There’s more to the city than just those two things.”

Ritger imagines a continuation of the series, perhaps adopted by other filmmakers and foodies interested in the story of urban revitalization through the cultural connector of food. For now, her six films serve as case studies in intentional development and small business entrepreneurship, as well as city leadership.