The Brooklyn Art Campus 3rd Ward Is, Suddenly, No More (Updated) – Next City 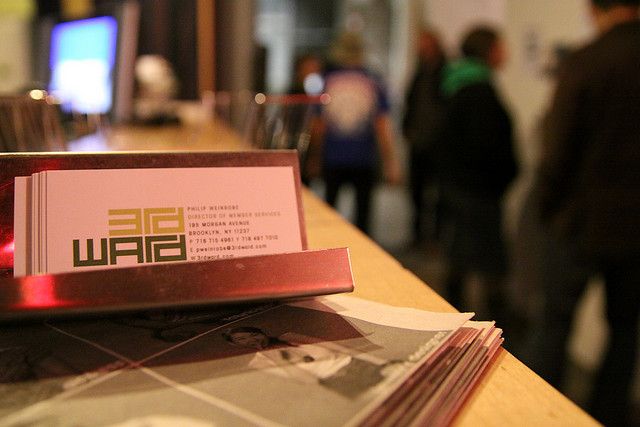 3rd Ward, the class-offering haven for Brooklyn’s artistic set, closed last night without any warning, according to tipsters.

One member whose company is based out of the space wrote in to The Observer:

Apparently there’s foreclosure or bankruptcy (rumors are flying), but they are putting it on lockdown tomorrow morning – rumors of shutting down of electricity even by midnight… there’s thousands of members that don’t know about the shut down, and a huge amount worth of art and personal supplies from Brooklyn members- some of whom have called the studio home for more than 6 years… update: last staff person is on duty tonight and he just announced wood shop, metal shop, classrooms and photo studio will all be shut down (tonight?) and power cut.

Grant also has details from the campaign that 3rd Ward had been running on the crowd-funding platform Fundrise. “This has been a year of highs and lows,” reads the pitch. The campaign attributes to need for a cash influx to the company’s recent expansions. 3rd Ward opened a new location in Philadelphia in March, as well as a “culinary institute” in Brooklyn’s Crown Heights in partnership with the New York City Economic Development Corporation and the office of Brooklyn Borough President Marty Markowitz. A change in the membership plans at the 30,000-square-foot Bushwick location was intended to generate funds to pay for the expansions, but according to the campaign, did the opposite.

The company had been attempting to raise $1.5 million and had attracted $375,000 in investments before Fundrise shut it down with the note saying, “due to the fact that 3rd Ward has shut down operations, we have discontinued this offering.”

Since its founding in May of 2006, 3rd Ward has become one of the highest-profile examples of the notion that you could usefully put adults in a shared work-learning space. 3rd Ward made money — in theory, at least — by renting well-equipped workspaces and teaching classes.

According to the company’s founding manifesto, the idea for 3rd Ward came when its founders, alums of the School of the Museum of Fine Arts in Boston, arrived and New York to find the limitations on being a creative professional: “[E]ither you work at home and don’t have the space and tools you need, or you sacrifice creative freedom and work for someone else.” A 2010 New York Times profile described the space as “a grown-up art campus.”

A 2010 article in Deskmag on the economics of co-working spaces wondered whether the “low-budget freelancers and start-up entrepreneurs” attracted to co-working spaces required pricing such services below a viable level. That may well be a possibility when it comes to a space dedicated to fostering artists.

Still, 3rd Ward had in recent years been gathering a reputation as not altogether functional. One review on Yelp describes the space as a “Hipster House of Horrors” run on a model of “Aspiration Profiteering” wherein people were sold on the idea that they could use the space to build sustainable art careers. Other reviews describe the canceling of classes with little or no notice, poor teacher quality, faulty equipment and a pattern of raising fees willy nilly. One comment about the shutdown on Twitter this afternoon read, “Now it makes sense why we teachers never got paid.”

The 3rd Ward blog hasn’t been updated with any word of the shutdown. A call to the Brooklyn location, despite pressing “nine” for a customer service representative, resulted in a looped automated recording on the facility’s location and hours. A call to the Philadelphia location produced a generic voicemail recording.

If you have some experience with 3rd Ward, get in touch.

It is with heavy hearts that we are emailing you today to let you know that after seven wonderful years of serving our community, 3rd Ward is closing its doors.

When we opened in 2006, our vision was to create a shared space for our community of artists and entrepreneurs to have a place to work, teach, learn, network and thrive. We’re proud to have been able to do that for as long as we did. It would have been impossible without your commitment and efforts, and we thank you all.

Yet, with the costs of running and operating our two locations in Brooklyn and Philadelphia, we are sadly no longer able to remain in business.

We will cancel all sections in progress and future sections by the end of today. Students will receive a cancellation message from help@3rdward.com, and they can respond to that same email if they have any questions.

We want make sure that our instructors are able to collect their belongings before our doors officially close on October 11th, 2013. We will have open hours from 10am-6pm on this Thursday and Friday, and next week on Monday and Tuesday for you to pick up any of your materials. Additionally, we will be open from 9am-1pm this coming Saturday, and 12pm-4pm this coming Sunday.

Today is the last day that our Education team is working at 3rd Ward. They have calculated all instructor, TA, Art Model payments and transferred that information to the Finance department. If you have any questions, please feel free to contact Nick Alexander at Nick@3rdward.com. As we are operating with limited staff, please understand that we will try to answer your email as quickly as possible, but your patience is appreciated.