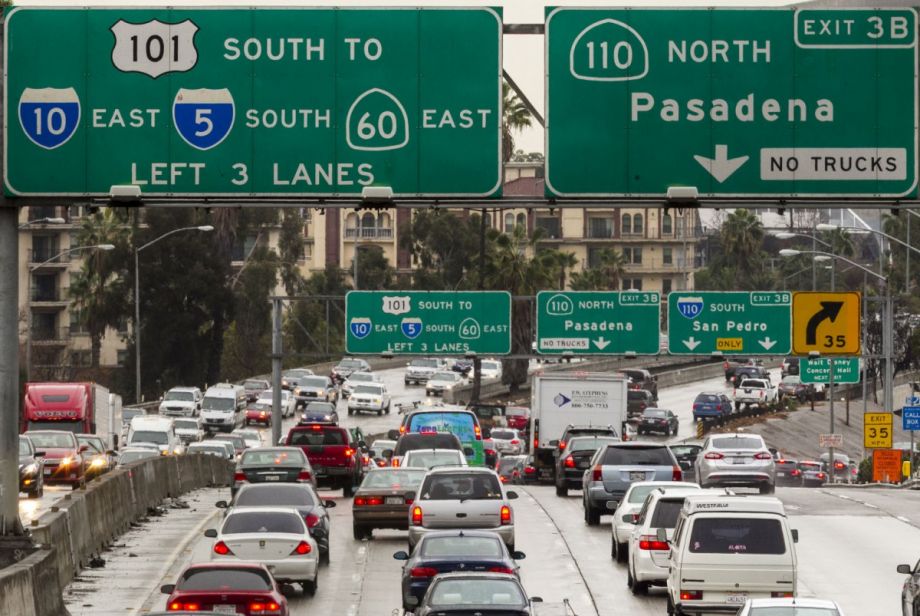 Sprawl. Some public officials can’t get enough of it. The rest of us associate it with bumper-to-bumper traffic, McMansions and strip malls. While some people might think it’s irreversible — what should we do with all these zombie subdivisions? — a new report from Smart Growth America argues that cities can take steps to reduce sprawl.

“Measuring Sprawl 2014” updates a 2002 study that explored what sprawl meant for everyday life back before the housing bubble burst, developers still clamored to throw houses up on the exurban fringe, and “urbanism” hadn’t yet become a household word. A dozen years later, those cities least affected by sprawl historically — usual suspects like the New York City, which comes in at No. 1 — continue to top the list. Yet one metropolis largely associated with gridlock traffic as a way of life has, in some ways, reversed the trend. 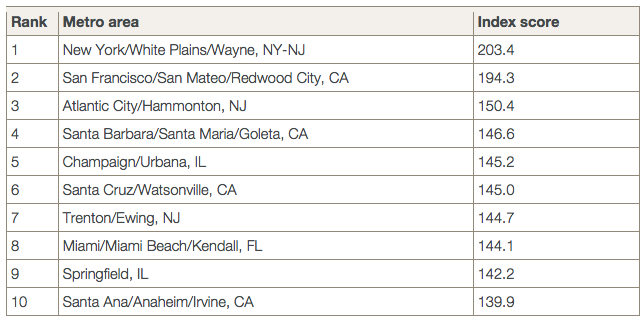 We’re talking about Los Angeles, where the freeway can often be confused for a parking lot. In 2002, Smart Growth America ranked L.A. 45 out of the 83 metro areas it studied. Twelve years later the city has jumped to 21 out of 221 on the sprawl index.

How, exactly, has L.A. improved its sprawl ranking? Anecdotally, people might talk about the resurgence of its downtown. But lead researcher Reid Ewing told reporters something different: It’s due to a multi-prong approach, not coffee shops.

“Los Angeles has actually densified very substantially,” Ewing said during a press call. “They’ve built light rail, and there’s been a lot of infill development.” With light rail generally comes some economic development — whether it’s mixed-use, office buildings or new housing — and L.A. has been proactive about not just density, but also displacement. Developers are allowed to build higher than the city’s height limit if they make affordable housing a part of their project. “It also reduces parking requirements and expedites the development approval process,” the researchers wrote.

L.A. is pretty transparent about its affordable housing incentive, with the 2008 code on the city’s website. It’s somewhat encouraging: The higher the percentage of affordable units in your development, the more density you’re allowed to build. (The city calls it a “density bonus.”) If you are a well-heeled developer who made 10 percent of a new project low-income units — reserved for people making less than 80 percent of the area median income — you get a 20 percent density bonus. But if 20 percent of your development’s units are low-income, that bonus jumps up to 35 percent.

Developers who really want to pack buildings tightly can reserve a certain percentage of their projects for “very low income units” — households earning up to 50 percent of the median income — which gives them an even larger density bonus.

Now, it may still be nearly impossible to get across town during rush hour. Yet as Smart Growth America posits, pointing to the Left Coast, investing in alternative transportation and incentivizing density is a helpful way to start reducing endemic sprawl.