Bay Area Rail Upgrade Is Nearly 20 Years in the Making 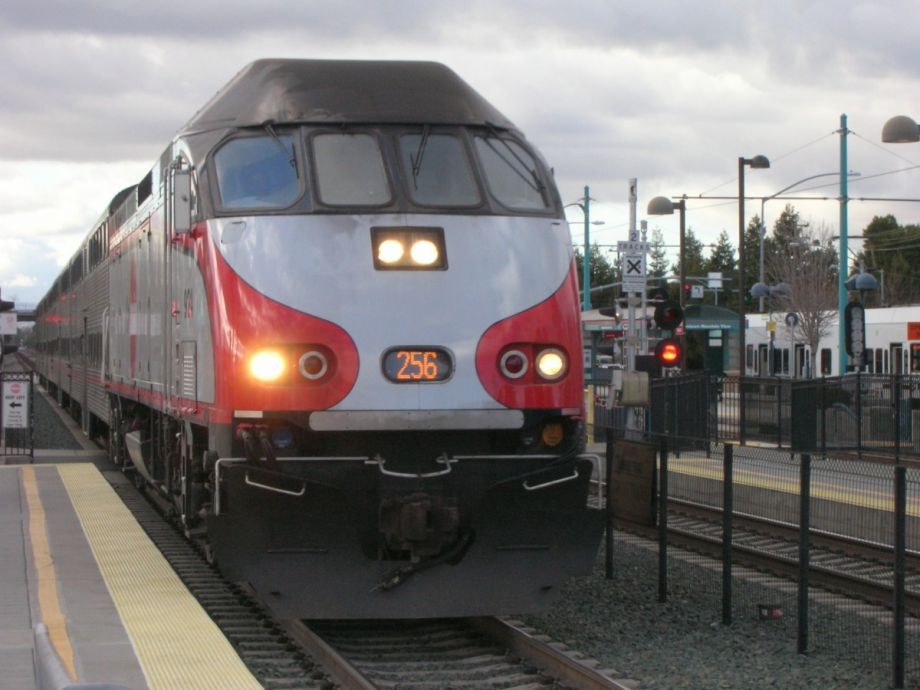 The ceremony at the Millbrae Caltrain station brought California Governor Jerry Brown, U.S. Rep. Nancy Pelosi, and a host of state and local business leaders, transportation advocates, elected officials, and environmentalists together to applaud a project that promises to increase the capacity of the 150-year-old commuter rail line connecting San Francisco and San Jose. In the process it will reduce congestion on parallel U.S. 101, one of the busiest freeway corridors in the nation.

Bay Area officials have pushed for this improvement, which will include new electric multiple-unit trains, since 1999. In 2012, area governments and the state of California came up with the matching funds for a $647 million full funding grant agreement from the Federal Transit Administration. That grant was awarded in April, making the start of work possible.

When completed in 2021, the electrification project will cut travel times on the Caltrain corridor and increase the number of trains to six per hour at peak times. A Caltrain fact sheet states that the project will reduce greenhouse gas emissions by 176,000 metric tons, increase daily Caltrain ridership by 21 percent, and produce $2.5 billion in economic benefits for the San Francisco peninsula.

Thai Government OKs Bangkok Purple Line Extension
The Thai cabinet has approved a 101-billion-baht ($3 billion U.S.) project that will double the length of the Purple Line of the Bangkok Metro with a 23.6-km (14.7-mile) extension from the current southern terminus at Tao Poon south to Rat Burana, the International Railway Journal reports.

Bids for work on the line will be solicited starting in October. The project is estimated to take seven years to complete.

The work will fix damage to the tunnel caused by Superstorm Sandy in 2012 and increase capacity on the line. The work includes replacement of the track bed, rails and ties, replacing damaged electrical components and replacing the signaling system. Flood protection systems will also be installed under the contract.

The tunnel, which carries the L subway line under the East River, is one of the key transit links between Manhattan and Brooklyn.