In Push for Downtown Revitalization, Reno Might Criminalize Homelessness – Next City

In Push for Downtown Revitalization, Reno Might Criminalize Homelessness 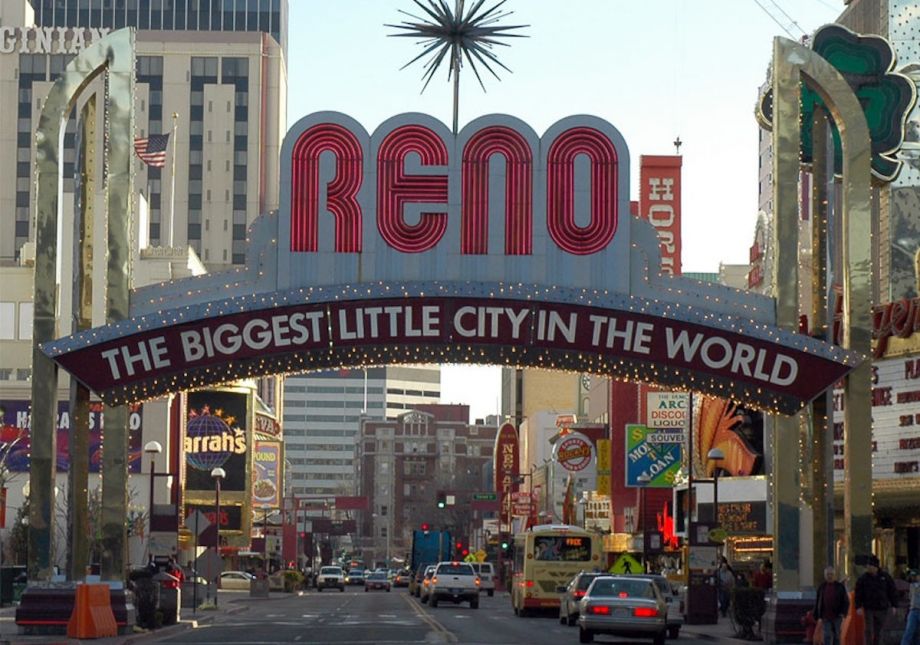 The city of Reno is considering a broad ordinance that would effectively make it illegal to be homeless downtown. It comes at a time when housing costs are rising, the homeless population is growing, and business owners and the city are making a concerted push to revitalize the downtown core. The possibility of a new anti-vagrancy law has drawn criticism from the ACLU of Nevada, homeless advocates and clergy who work with Reno’s most vulnerable residents — but also has the support from many downtown business owners.

The proposed ordinance would make it illegal to climb, sit or lay on public structures not “designated for such purpose”; to spit on public property; sleep on public or private property without permission; use a cell phone while crossing the street; or sit or lay in Retrac Plaza, a large, open plaza in the heart of downtown. Violators would face a penalty of eight to 200 hours of community service cleaning up downtown.

Spurred by the opening of a Tesla battery factory and other tech companies and a population growing faster than housing supply, the cost of an average single-family home has doubled since 2012 and average rents have climbed 25 percent.

That cost of living increase has impacted low-income Reno residents. Some people have been pushed from apartments to cheap pay-by-the-week motels. Some have been pushed into homelessness. The Rev. Dr. Amy Lindeman Allen, a pastor at a downtown church, testified at a city council hearing on the proposed ordinance last week. “In recent months we have seen a steep increase in the number of people seeking housing-related help,” she said. In years past, they would get three or four calls a month from people asking for rent assistance, she explained. They got 15 calls in the final week of last month alone.

“This proposed legislation is both inhumane and ineffective,” testified Jennifer Cassady, from Reno Initiative for Equality and Shelter. “This legislation seeks to punish people for their class status rather than their behavior.”

Council Member Oscar Delgado says the ordinance is crafted to do just the opposite. (Delgado is a Next City board member and also a Next City Vanguard.) “This isn’t geared towards the houseless,” he says. “It’s geared towards behavior in general. We have people who are aggressive not only to locals but tourists. How do we make sure everyone is being treated respectfully?”

Council members point to the cell phone clause as evidence that the ordinance is meant to target behaviors that extend across class boundaries. They also say the climbing clause is there because they’ve seen an uptick in people climbing on bridges and statues downtown for photo ops.

But though the ordinance focuses on some behaviors that aren’t specific to homeless people, there’s no question it is an ordinance targeted at people living and sleeping downtown, a group that some business owners see as an impediment to downtown revitalization plans and a new business improvement district to help fund it.

Eric Raydon, co-owner of real estate developer Marmot Properties, was blunt in his testimony to council. “Every day we live and breathe the negative, unchecked impact of vagrancy and lawlessness has on our communities,” he said. ” … Such vagrancy and lawlessness impinges on our and our fellow residents’ property rights, our rights to quiet enjoyment, and impinges upon our right as taxpayers to live in a clean, safe city free of filth, free of fear, fear of harassment.”

Raydon’s sentiments were echoed by many of the other business owners who testified.

The city is working on building a new overflow shelter to help accommodate more Reno residents. In 2006, a federal judge ruled in the case Jones v. the City of Los Angeles that cities cannot ban “life sustaining behavior” such as sleeping in public unless they provide a reasonable alternative such as a shelter.

The Reno Police Department is also creating a new protocol for officer interactions with people should the ordinance pass. Police Chief Jason Soto said in his presentation to council that officers will first offer assistance (including a ride to the shelter) and information about social services. After that, the person will receive a warning that they must move to a different location and “reasonable” time to comply. If they don’t, then officers will either issue a citation or arrest the person.

Delgado does have questions about enforcement. “I have a lot of faith in our chief of police. My worry is that once our administration retires, then how is that discretion going to be used in the future? When any policy is written on paper it can always be used differently,” Delgado says.

J.D. Klippenstein, executive director of Actionn, a faith-based advocacy group, says this version of the ordinance is “an improvement upon earlier improvements that were batted around a year ago. I’m encouraged by the law enforcement side of connecting folks with services first before moving on to enforcement instead of just enforcing the ordinance right away.”

But Klippenstein thinks the city’s priorities are out of order, that without first addressing macro issues such as a lack of affordable housing and robust social services for homeless residents, the ordinance will only exacerbate things.

“We have a severe lack of housing and mental health services,” he explains. “No matter how well the ordinance is written, no matter how compassionate police try to be, it’s not going to address the housing crunch. … We’re going to have really exhausted officers downtown and have angry, hurt, displaced homeless folks.”

Last Wednesday’s hearing was just an informational session on the proposal for council members and the public. Delgado says the council plans to spend the next two to three months meeting with advocates and businesses and hashing out revisions before a vote.

“There’s still quite a bit of work to do in terms of making sure our most marginalized and most vulnerable aren’t being pushed into the frontiers where there are no resources available and making it harder for them to get back on their feet,” says Delgado. “And also to make sure we’re treating people like people and not just pushing people out of sight and out of mind.”