Reno Building ‘Bridge’ Between Shelters and Permanent Housing – Next City 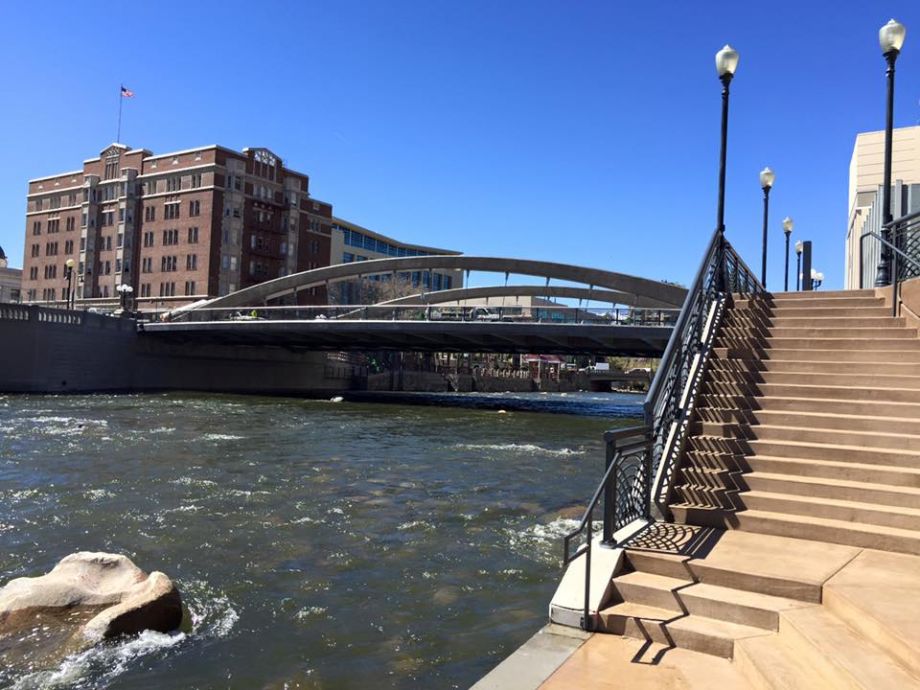 A newly approved supportive housing complex will soon be constructed near the Truckee River in Reno. (Credit: City of Reno)

In what they envision as a “model for the nation,” Reno City Council on Wednesday moved one step further in their plan to build a 200-unit pre-fabricated dormitory for affordable housing, the Reno Gazette-Journal reports.

The council approved the development of the housing complex on city-owned land, sold to the nonprofit Community Foundation of Western Nevada for $1. Designed to provide housing for homeless teens, displaced seniors and minimum-wage workers, the multifaceted complex will comprise ‘non-traditional’ small dorm units, each outfitted with a desk, bed, A/C, closet, and private locking door, as well as indoor coed bathrooms. Communal kitchens, a gym, meeting rooms and laundry would be located in separate buildings. The fenced-in grounds will include grilling and picnic areas.

Calling it a “new type of affordable housing,” Chris Askin, president and CEO of the Community Foundation, said at the council meeting it hopes to contract with Volunteers of America, a national nonprofit that develops and manages supportive housing, to manage the dorms and provide life coaching to the residents. The building developer, Afognak Native Corp., builds pre-fabricated housing for mining workers in Wyoming, using materials that are trucked-in and quickly assembled. The hope is that the Reno dorms will be up and running before the end of the year.

Reno council members call the complex “the second rung in the housing continuum,” a kind of bridge between shelters and permanent housing. The fact that it will be run as a private housing development is also a plus, says Reno Council Member Oscar Delgado (also a Next City board member). There was also an earlier proposal for a tiny-house village on the same plot of land.

The Community Foundation of Western Nevada created a community land trust entity to take ownership of the project, the Gazette Journal reports. Increasingly, such entities are being used to protect permanent affordability of residential as well as non-residential space in cities.

In Oakland, the mandate of the nonprofit Oakland Community Land Trust is to promote neighborhood stability through community land trusts. Today, the trust owns about 20 buildings offering affordable housing for low-income Oaklanders, including part ownership in a joint acquisition last year that protected an important community hub for Oakland’s LGBT people of color.

Meanwhile, as Next City has reported in Indianapolis, the Big Car Collaborative is a community land trust that specializes in creating affordable housing for artists. New community land trusts in New York City and D.C. are also now gaining access to the resources they need to begin acquiring properties; and, as reported by Fast Company, a new national accelerator for community land trusts was announced yesterday by partners Grounded Solutions and Citi Community Development.