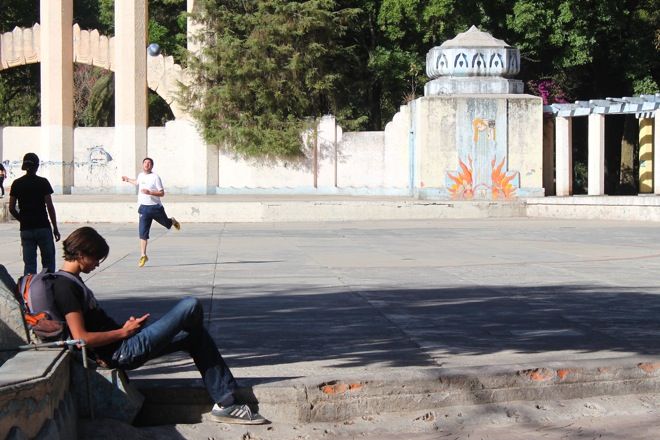 Around mid-century, William S. Burroughs said that Mexico City was “sinister and gloomy and chaotic, with the special chaos of a dream.” The city has grown more than five-fold since Burroughs uttered this caricature, incubating a surreal aestheticism as distinct as other world megacities such as New York or Shanghai. Reductionist appraisals of the city focus on endemic violence despite a homicide rate lower than Washington DC’s. But a metropolis this vast must at once contain multiple fragmentary images: of a burgeoning fashion scene, a global business center, a cornucopia of high culture, and a site of desperate experimentation in green urbanism. Perhaps out of rational necessity, Mexico City is the world’s fifth largest city and eighth wealthiest. In an age of global capitalism, urban life in Mexico City displays the unsettling contrasts inherent in North America post-NAFTA. Stark inequalities and sprawling landscapes of consumption are artifacts of an apparently unchangeable global economic system, like it or not.

Josh Leon wrote the “World Watch” column for Next American City from 2008 to 2011. He is an Assistant professor of Political Science and International Studies at Iona College. His last photo journal for NAC, on Shanghai, appeared last July.