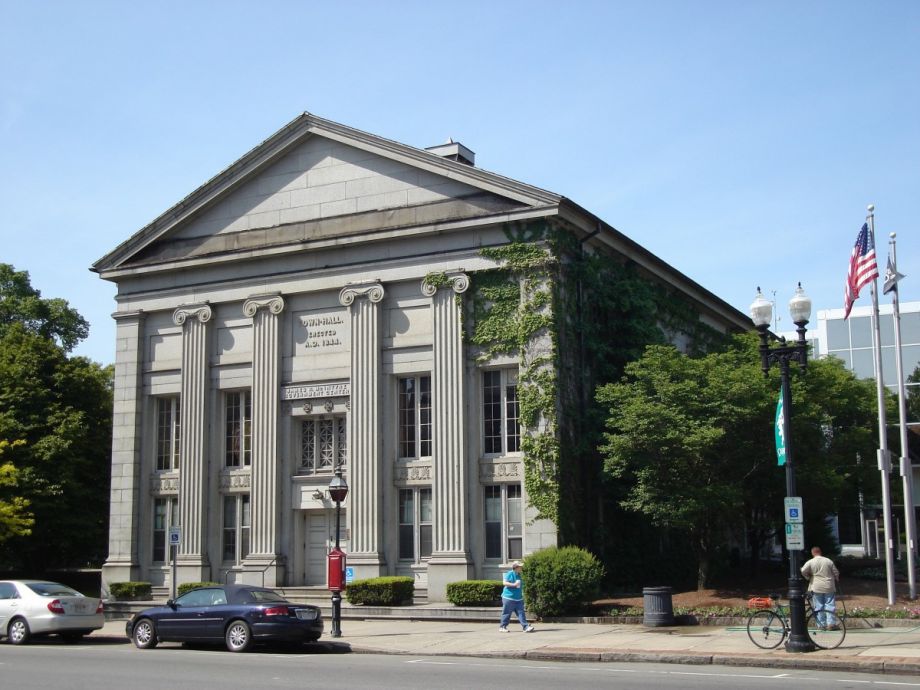 City leaders from the Greater Boston area met at the Quincy City Hall, above, yesterday to discuss regional economic development.

City leaders in the U.S. this week were talking regional collaboration on economic development — and a few in New York even received $500 million to help in such efforts.

As cities and neighboring towns think more about working together to lure new jobs and new residents, places like Boston and Washington, D.C., are reaching out to suburbs and nearby cities to forge strength in numbers. The hope is that focusing on economic growth for the region — and working together to fix issues like congestion — can generate a bigger bang.

Here, a roundup of some of those headlines and what they mean for economic development.

The new Upstate Revitalization Initiative — which was quickly dubbed “Cuomo’s Hunger Games” when it was announced — was aimed at sparking collaboration. Each applicant submitted a plan for how they would use the money to jumpstart local economies.

According to the Associated Press, Cuomo said “the competition would force leaders from neighboring communities to work together on a plan to benefit their entire region, a blueprint that would be useful whether they win the money or not.”

The winning regions’ plans include investments in high-tech manufacturing and workforce development.

Leaders from Central New York, where the city of Syracuse has a population of around 150,000, said the money would give a boost to economic planning. According to Syracuse.com:

Seeing Boston Area as a “Single Market”
Leaders from Boston and surrounding communities are hoping employers, workers and investors will see the Greater Boston region as a “single market.”

Chief executives signed a compact yesterday agreeing to develop a cohesive strategy to draw companies to the area, according to Masslive.com. The six signers, including Boston Mayor Marty Walsh, will meet at least every other month to discussion transportation, housing and economic development.

“Truth is, Boston doesn’t have a fence around it,” Walsh, whose former legislative district included a precinct in Quincy, told the Patriot Ledger. “We have to look regionally to figure out how to succeed in our economy. No longer will we get caught up in competition with our neighbors; [we’ll] instead work together as partners.”

The city leaders — Virginia Gov. Terry McAuliffe, D.C. Mayor Muriel Bowser and Maryland Senate President Mike Miller — put aside individual agendas to discuss ways they can collaborate on the economy, according to the Washington Business Journal.

They agreed the focus of economic development in their region needed to shift away from the federal government; instead, they believe joint trade missions could bring new businesses to the region. When attracting international business, McAuliffe said, it’s better to sell the D.C. area as a whole. The governor added that there are promising opportunities for economic growth in the D.C. area outside of the federal government, such as cybersecurity, data analytics and increasing exports.

Solving the region’s congestion problem could also boost economic growth. Bowser said as the region’s population grows, they need to develop ways to reduce congestion without relying on cars. “We don’t have any more room,” Bowser told the Journal. “We are not building any new roads in the District.