Reclaiming the Black Panther Narrative Before It’s Too Late 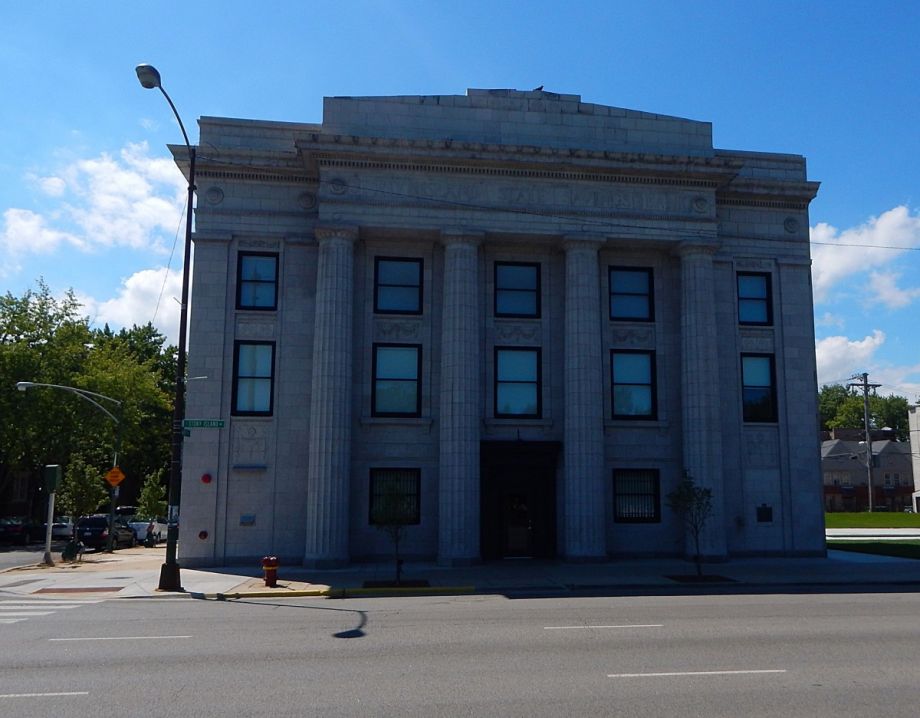 Chicago architect and artist Amanda Williams has a piece called “Uppity Negress,” consisting of a long black banner with snippets from police brutality victim Sandra Bland’s arrest record alternated with segments from former First Lady Michelle Obama’s 2015 commencement speech at Tuskegee University. The piece was originally on display at an outdoor garden space at the Arts Club of Chicago, in 2017.

For Williams, both Bland and Obama have been perceived as black women who got out of line, and black women are limited in the public places where their presence can accumulate and flourish without public resistance from others. For Bland especially, who was found dead in her cell three days after being taken into police custody for a routine traffic stop, attempting to assert her right to occupy space proved to be a deadly decision, in Williams’ eyes.

“[Bland] is getting out of the way and getting out of the way is not the right place to be. Michelle Obama is the wife of someone who decided to run for president, so she doesn’t really have a choice about where she has to be. To occupy a place in our society not of her own choosing and then [being told constantly] she’s not in the right place. And then when she attempts to occupy that the best way she knows … that’s also not the right place. And then if she were to recoil from that, that would also be the wrong place,” Williams explains.

Williams was initially surprised by curator Tracie D. Hall’s request to include “Uppity Negress” as part of the recently-installed ICONIC Black Panther exhibit at the Stony Island Arts Bank on the South Side of Chicago. At the exhibit, “Uppity Negress” hangs on a wall and drapes onto the floor. Hall’s own work, “Nkisi Suit for Mamie Till,” can be found at the opposite end of the same wall.

“When I saw the way she was thinking about framing it, it was so powerful. It cuts through a lot of the stuff that has been studied and written about and documented about the movement in general,” Williams says.

At the ICONIC exhibit opening night, an attendee praised Uppity Negress for highlighting police brutality, although Williams had not designed the piece with that purpose in mind.

“[I realize that] a large banner about Sandra Bland is about police brutality but I was so in the space of black women never being in the right place that it didn’t even register,” says Williams. “I love that there are multiple takeaways from the work in terms of how it’s part of a conversation about the legacy of the Panthers and what the Panthers helped us identify and understand about all the issues that are intertwined. I think that could be said for almost every piece in the show. You can see those threads and those interconnectivities across the works.”

Marking the 50th anniversary of the Illinois Chapter of the Black Panther Party, the Los Angeles-based SEPIA Collective mounted the ICONIC Black Panther exhibit in Chicago, co-sponsored by the Rebuild Foundation and the University of Chicago’s Center for the Study of Race, Politics and Culture.

Previous versions of the ICONIC Black Panther exhibit were installed in Oakland in 2016 at American Steel Studios, and in Los Angeles in 2017 at Gregorio Escalante and Zach de la Roche Galleries.

“Beginning in Oakland was always the plan. There was nowhere else to begin ICONIC except where the Black Panther Party began,” says SEPIA founder Rosalind McGary.

The inaugural Oakland exhibit also had an altruistic motive, according to McGary.

“We started these shows as a way to raise money for an ailing elder, a Black Panther who wanted to travel and visit his family before he died — we were able to contribute to that,” McGary says.

Since then, McGary says, SEPIA’s goals have consistently been to harness the power of the arts to reclaim the narrative around the Black Panther Party, to raise money for Black Panther alumni in need, to bring diverse people together in an environment that encourages mutual respect and open honest discourse, and to create an exhibition in each city “that participating artists would be proud of.”

As the location for SEPIA Collective’s headquarters, Los Angeles was a logical choice for the second ICONIC exhibit. All of the Black Panther alumni who originally worked with SEPIA were also living in L.A. The second ICONIC exhibit had the support of the L.A. County Arts Commission and California Endowment.

Curators for each location are selected based on their immersion and contributions in the local arts community. In Chicago, Hall is the founder of the Rootwork Gallery, which showcases “artistic expression that has healing, reconciliation, or the investigation of folk, street and indigenous cultures at its core.”

Along with nationally recognized names like Emory Douglas, Dr. Samella Lewis, and Shepard Fairey, each exhibit features a majority of local and regional artists. Local artists are recruited through a call for participation organized by SEPIA Collective and administered by the local curator. Each exhibit aims to represent a range of media, ages and stages in artists’ careers, McGary says.

“In this way, we deliver a diverse group of artists who, by bringing their unique perspectives to the show, create an environment for interaction amongst people who may be very different from each other,” she explains. “While the process is the same, it ensures an outcome unique to each city.”

A portion of the proceeds raised from artwork sales and events associated with each show provides financial assistance to Black Panthers and their families. The National Alumni Association of the Black Panther Party receives and disperses funds. SEPIA Collective has received significant input for each show from several party members, including Hank Jones, Emory Douglas, Gene Washington, Martin Gordon and Michael D. McCarty, according to McGary. “They know that young people want to hear from them,” she says.

The venues for each exhibit were carefully selected for a number of criteria, including sufficient size to house contributions by 50 or more artists. SEPIA Collective has been able to obtain donated exhibit space, or make agreements to designate a percentage of sales to the venue, which significantly reduces organizing costs.

Chicago’s Stony Island Arts Bank, a project of the Rebuild Foundation headed by Theaster Gates, is the first black-owned space to host the ICONIC exhibits, according to McGary. “It has been our first experience working in a space whose mission statement includes the statement ‘black people matter, black spaces matter, and black objects matter,’” she notes.

The next ICONIC exhibition is planned for next year in New York City, where the National Alumni Association of the Black Panther Party is based.

“It is invaluable to produce these shows while original members of the Black Panther Party are still here with us, and are able to come through and just be with people, and for people to be able to thank them in person,” McGary says. “I am truly thankful to have a part in that. The main thing I’ve learned is that it’s okay if things don’t go as planned: it’s possible they could turn out better than you’d hoped for. Lean into the turn. And meditate a lot.”

Tags: chicago, arts and culture, racism, for whom by whom