How Edmund Bacon Influenced Planning in Philadelphia – Next City 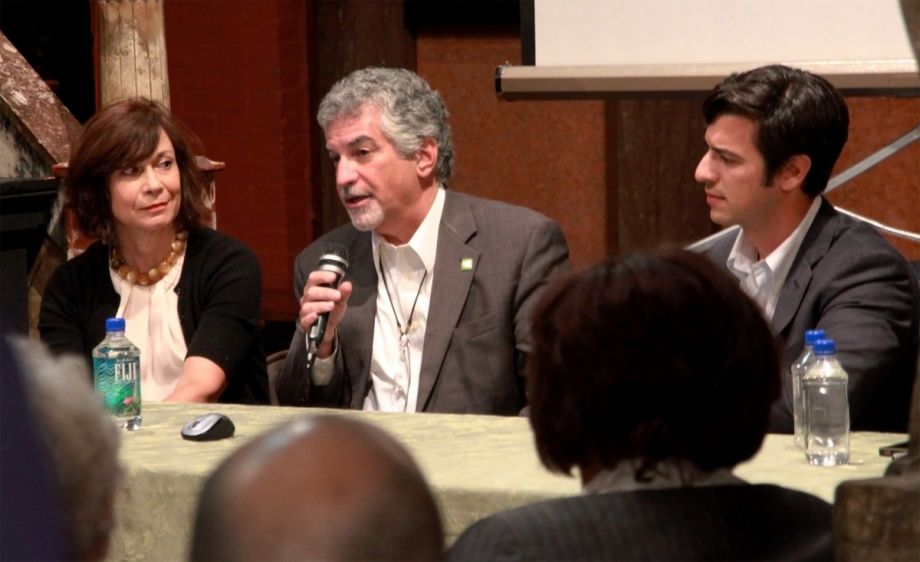 Public-private partnerships, greenways, transit-oriented design and community engagement — today’s urbanists might claim these innovations as their own, a reaction to the freeways and top-down urban renewal policies that dominated urban thought in the 1950s and ’60s.

But as a Tuesday presentation at Philadelphia’s Fleisher Art Memorial illustrated, many of these pioneering ideas were generated and implemented by Edmund Bacon during his tenure as director of Philly’s City Planning Commission from 1949 to 1970.

In presentations and a moderated panel, three Philadelphians — Greg Heller, author of the newly published Ed Bacon: Planning, Politics and the Building of Modern Philadelphia, Inga Saffron, architecture critic for the Philadelphia Inquirer, and Alan Greenberger, Philadelphia’s deputy mayor of economic development — examined the legacy of Bacon’s projects and how his philosophy influenced planning today in Philly and beyond.

Among the topics addressed on Tuesday were the importance of Bacon’s efforts to bridge the gap between urban designers and community and business leaders, and how this set a precedent for more engaged and consensus-based urban renewal; the challenge that modern Philadelphia faces in fostering public-private partnerships that balance jobs and economic development with public use; and how design goals have evolved since Bacon’s tenure.

Policy goals, financing and the general outlook for Philadelphia have changed dramatically since the Ed Bacon era. Tuesday’s discussion, however, demonstrated the continued relevance of his contributions to city planning and urban thought.

See reactions to Tuesday’s event in the Storify below.

FLIP THROUGH A STORIFY OF LIVE-TWEETS