Can K.C. Development Offer a Path to Equitable Real Estate Investing? – Next City 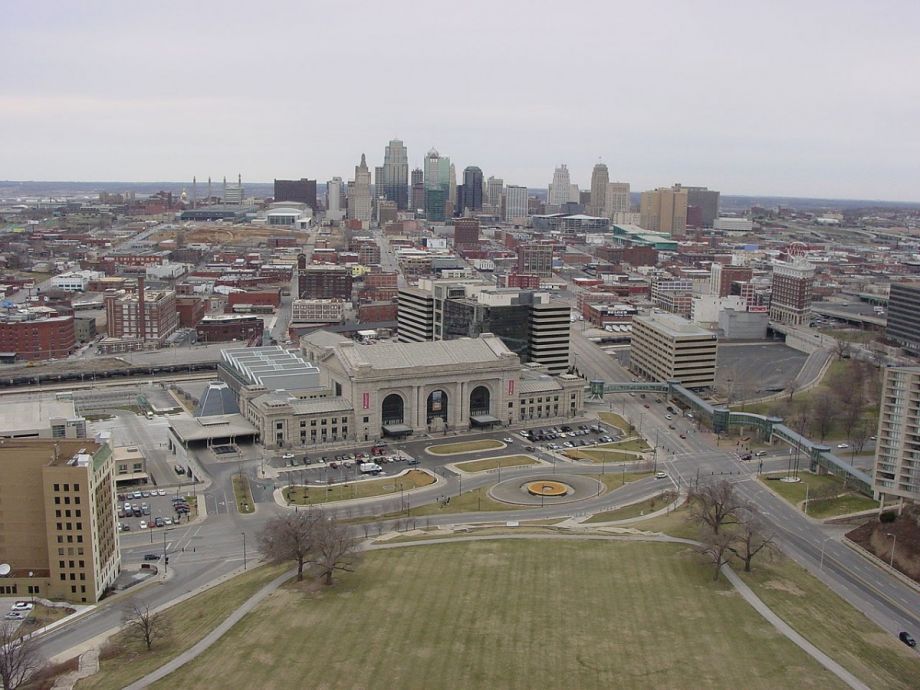 One day, in the not-too-distant future, in Kansas City, Missouri, someone will arrive home after a bus ride and a long day’s work at their barely above-minimum wage job. The building in which they live will use 90 percent less energy than the buildings around it. There’ll be a community garden on the rooftop where they’ve planted some tomatoes. There’ll be restaurants, coffee shops, salons, bookstores and other small businesses within walking distance. Best of all, they’ll be a partial owner of that building, and perhaps several other buildings nearby. It’s a day that has been 2,000 years in the making.

“Concrete lasts thousands of years. The Romans built the Pantheon out of it,” says Jonathan Arnold, president and CEO of Arnold Development Group, based in Kansas City, Missouri. Arnold will break ground shortly on a new development on the Missouri River waterfront, just north of downtown Kansas City. This first part of the plan — using concrete to make a sound, lasting building that won’t need to be torn down and replaced in 20 or 30 years — is straightforward.

Other aspects of Arnold’s vision — forming a real estate investment trust, or REIT, to own the building and others nearby — are more complicated.

“None of these ideas are rocket science. It’s just combining them in a way that puts them to use,” Arnold says. “It takes more brain damage, I’ll be the first to say that.”

Congress created REITs in 1960 to allow a wider swath of Americans access to the benefits of real estate investment, including income from tenant rents. The tool has a few interesting properties that, according to Arnold, makes it suited to make owners out of tenants from all levels of the economic strata.

First, REITs must distribute at least 90 percent of their income to shareholders each year. By making tenants shareholders in the REIT that owns their building, Arnold explains, the dividend payments from the REIT would reduce their effective rent. Even if they move out, tenant-owners could choose to keep their REIT shares and their regular dividend payments, or sell the shares. Trading on U.S. stock exchanges today, you can find more than 200 REITs, with a total market value of more than $900 billion. There are also untraded public REITs and private REITs.

Secondly, REITs must be “widely owned,” currently defined by the U.S. Securities and Exchange Commission as “no more than 50 percent of its shares held by five or fewer individuals during the last half of the taxable year.” Among other things, this effectively means no investor can perform a “hostile takeover,” buying up a majority of shares and voting to raise everyone’s rents or kick out any tenants receiving an affordable housing subsidy of some kind.

As a ballpark estimate, Arnold tossed up the figure of $25,000 per share in his proposed REIT, initially.

The next element of Arnold’s idea makes sure that ownership in the REIT remains accessible to all: partnering with a community development finance institution to provide seven-year loans to tenants qualified for subsidized affordable housing units. It’s a win-win for everyone.

“It lowers the CDFI’s risk profile because they’re looking at this REIT that’s able to pay the dividend, it’s not just one person,” Arnold explains.

He’s even leaning toward making the tenant-owner loan the default on new affordable housing leases. “It’s a way to make it easier for people to do something that is right for them. But if they don’t want to, they opt out,” Arnold says.

As part of its duties, the REIT will contract a management company to deal with collecting rents, performing maintenance and other day-to-day business operations for the property. That leads to the next ingredient: contracting a certified B-corporation like Arnold Development Group for that purpose.

“The business structure of a B-corporation is absolutely critical to this,” Arnold says. “Otherwise there’s no way to get around the conflict of how do you maximize shareholder value and still look out for the communities that you work in as well as the environment.”

Having a certified B-corporation contracted to manage the REIT’s affairs might scare away some investors, but Arnold is bullish on the trend of people choosing to make investments based on more than mere financial gain.

“I think in the future we’re going to look back and say could you believe there was a time when people measured businesses only by how much money they made?” Arnold says.

Scale is another key ingredient. Millions of housing units will need to be built in the U.S. by 2020. There’s no question in Arnold’s mind that they’ll be built, the question instead is whether there will be an attractive alternative to those who have made careers out of building disposable, unwalkable, economically segregated and environmentally untenable housing on an industrial scale.

“They will continue to just dominate the sector if someone doesn’t step up and say ‘hey institutional investors who are buying these big properties from a long-term standpoint, your goals are much more in line with ours and those of the communities where these housing improvements are being built,’” Arnold says.

“We believe all great cities have both small projects and big projects,” he adds. His company has shared and will continue to share its designs and knowledge with anyone interested in replicating the model, large or small.

Arnold points out a few other key ingredients.

There’s the Department of Housing and Urban Development’s 221(d)(4) Mortgage Insurance program, and the federal low-income housing tax credits, for which some states provide matching funds.

There’s the Passive House Standards, which cut energy consumption by 60-80 percent compared to building codes. Already common in Europe, there have been a slew of small passive house projects in the U.S. over the last decade. Cornell University’s new 27-story facility on Roosevelt Island will be the world’s tallest. Arnold says his K.C. project will be the largest yet by square footage anywhere in the world.

“There’s really two huge problems that are looming. One is climate change, and the other is income inequality,” Arnold says. Passive house standards would lead to an industry-wide shift to address both of those fronts.

“What we’re doing is we’re moving into this space and we’re saying here’s a model that’s replicable, that’s as scalable as stick-built construction, lasts a heck of a lot longer, and has a bunch of other benefits,” he says.

The last ingredient isn’t quite here yet. Currently, the law allows only accredited investors — required to have a net worth of at least $1 million or $200,000 in annual income – to invest directly in REITs that aren’t traded on public stock exchanges. Arnold envisions getting their REIT publicly listed once it gets large enough, but for now, the current regulatory landscape is a barrier to letting tenants become owners in their buildings through a new, small REIT. (That may change in October, when a major ruling is expected about the JOBS Act of 2012, the same ruling that will hopefully allow the 99 percent to invest in startups.)

Whether or not that ruling gets delayed yet again, Arnold doesn’t feel alone in wanting to put the power of real estate development in service of something greater than money.

“There’s such a desire for people to do the right thing and see positive changes happening against these issues like income inequality and climate change,” he says. “But there’s a vision vacuum. There’s no one giving them a lever to pull. Like, what do I do? Change my light bulbs? Buy a Prius? Come on, I know there’s more.”