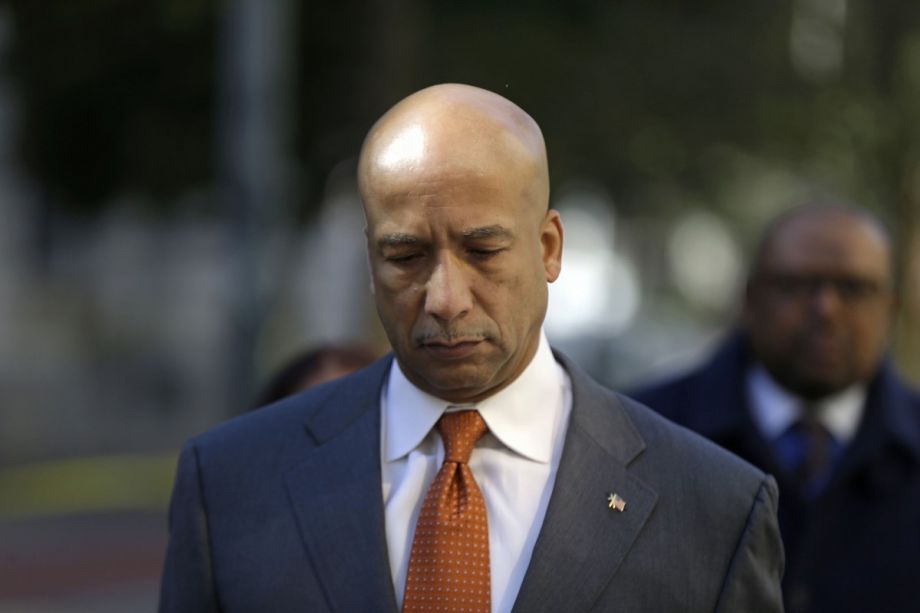 Ray Nagin, the former two-term mayor of New Orleans who led the city during the dark days of Hurricane Katrina, was found guilty today of 20 corruption charges, the Times-Picayune reports.

The 12-member federal jury convicted Nagin on all but one of the charges brought against him, which include six counts of bribery, nine counts of wire fraud, one count of money laundering and one count of conspiracy. He will now await sentencing while free on bond, according to the Times-Picayune.

The verdict comes after nine days of deliberation and testimony from 31 witnesses. Much of the courtroom drama centered on what actually constitutes a bribe and what is merely a gift. Nagin, a spectacularly unpopular mayor, is the first in the city’s history to be charged and convicted of corruption.

Each of the wire fraud charges and three of the bribery charges relate to a series of $12,500 checks that Nagin received from Frank Fradella, a former city contractor who paid off the mayor in exchange for lucrative public contracts. In total, prosecutors said Nagin received more than half a million dollars in illicit benefits from contractors who were given millions of dollars’ worth of city work through contracts signed by the mayor.

Nagin, a Democrat with who came to politics after a career in the private sector, assumed office in 2002 with a promise to fight corruption that had become, as anyone who watches Treme would know, synonymous with New Orleans politics. When Katrina hit in 2005, the charismatic former cable television executive faced huge challenges he was unprepared for in every way.

Yet even as the city’s recovery faltered, Nagin made headlines with blunt, curse-laden assessments of his partners in the White House, then occupied by George W. Bush. Playing on divisive racial politics, Nagin won reelection in 2006 with 52 percent of the vote, defeating his eventual successor Mitch Landrieu, Louisiana’s former lieutenant governor.

Nagin left office in 2010 amid increasingly loud speculation about the illegal dealings that caught up with him today.