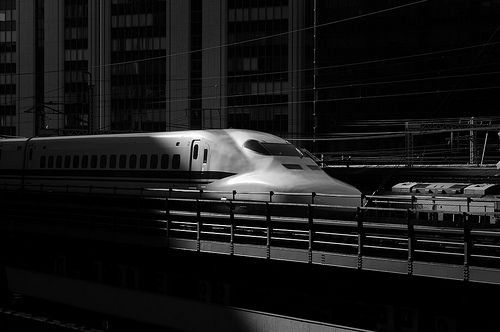 Just last week, the Ray LaHood’s Department of Transportation pulled high-speed rail funding from Ohio and Wisconsin, the two states with incoming Republican governors, John Kasich of Ohio and Scott Walker of Wisconsin, who both swore to oppose the projects. They got their wish, and the $1.2 billion they had been promised is now being redistributed among the 13 other states with rail projects in the works.

LaHood’s decision was smart. If the new Republican governors are opposed to receiving the money mostly on an anti-Washington-spending basis, which was the central narrative of the midterm elections, then they have only shown that they can hurt their state in the long-run by turning it down, in two ways.

First, and most obvious, the money didn’t stay in federal coffers — it’s just being redistributed to states that are willing to cooperate with Washington, and invest in their own infrastructure. They have not removed any tax burden from their state, for now — this was grant money, not loan money, so the burden would be spread all across the land — though they cited fears that the high-speed rail projects would require subsidies later on.

The second reason this is unwise is that these states will leave themselves less competitive in the long-run. The high-speed rail network is designed to connect large quantities of human capital together in a more efficient, sustainable fashion. Should petroleum become more expensive, as many suspect it will within our lifetime, then these regions that have not invested in rail will be hurting even worse than they are now. Further, as Richard Florida would point out, rounding up a bunch of people into these hubs, you can find new efficiencies and even new industries, and there is shared economic growth.

The fact that these particular states turned down funding, and the way they did, is interesting if you consider Florida’s megaregion framework.

Wisconsin’s main project, which they were given around $800 million for, was to provide a link between Milwaukee and Madison, and from Madison to Minneapolis/St. Paul, which would then integrate a whole Midwestern network of rail systems, with Chicago as a hub. Minnesota, it seems, is still on the hook to build the Minneapolis/St. Paul-Madison link, but anyone trying to get to Chicago from Minnesota will most likely have to rely on Greyhound Amtrak to get from Madison to Milwaukee. Milwaukee — Algonquin for “The Good Land”, by the way — will still be linked to Chicago by the commuter Amtrak line, which will receive high-speed improvements.

Megaregion-wise, Wisconsin will do just fine, and they can avoid having to maintain the connection between Madison and Milwaukee. If we knew Governor Walker’s reasoning to not be so boneheaded, it might seem like canny interstate “foreign policy” to block a direct link between Chicago and Minneapolis, lest these two economic giants pass you by. But even that hypothetical viewpoint demonstrates a state-centric viewpoint, similar to Walker’s actual reasoning, at a time when interstate cooperation is becoming more and more necessary.

Ohio, for its part, received $400 million, to build a line called the 3C route, traveling diagonally across the state, from Cleveland, through Columbus, then on to Cincinnati (why Ohio got so much less money for such a larger project is unclear). There would be no link between Ohio and the Chicago hub — which will also include a link down to Kansas City and St. Louis — or Western Pennsylvania, or even Western New York.

So while Ohio is giving up all the public money, as well as the private money that would go into building the stations in Cincinnati, Columbus and Cleveland the system would be closed, at least initially. Ohio, more than anyone, could use a link to the outside — to nearby Chicago or Pittsburgh. It’s surrounded by prosperity, and mired in poverty. This first round of HSR grants would not connect it to any hubs, and if these were the grounds on which Governor Kasich were rejecting the funds, he might have an argument — at least in the short term.

But in the long-term, should these investments prove valuable, this network will grow and grow, and a great transportation network will link all the important but forgotten cities of the Midwest once more. In a few decades, Ohio will likely be hurting even more than it is currently, due to anti-Washington posturing.