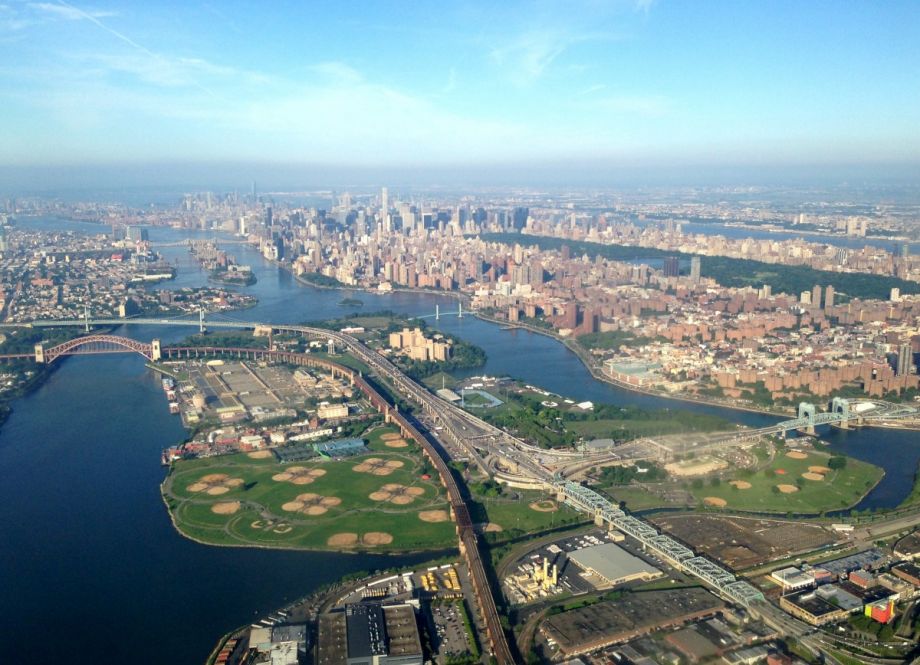 Bronx residents are about to get better access to outdoor recreational space at Randalls Island.

Though the island is only about 50 feet away from the neighborhood in some places, the only direct way to get there by foot is by the Triborough bridge (officially named the Robert F. Kennedy Bridge in 2008). With park access considered to be a crucial component of community health, the change will give residents of the neighborhood easier entry to a place to get out and play.

After years of delays, New York City plans to open a new pedestrian and bike route from the Bronx to Randalls Island this summer. Called the Randalls Island Connector, the $6 million project will link the Port Morris neighborhood in the Bronx to the island, with a quarter-mile stretch running under the arches of an Amtrak trestle and over a red pedestrian bridge spanning the Bronx Kill.

“Improving access to recreational amenities and our waterfront is a critical aspect of building an inclusive, equitable city,” Seth Myers, executive vice president at the New York City Economic Development Corporation, told the Times. “The Randalls Island Connector will do just that by bringing residents of the South Bronx closer to everything Randalls Island has to offer.”

As the Times reports:

The New York Restoration Project, a nonprofit group founded by the singer Bette Midler, is also raising funds to transform the area around the Randalls Island Connector with trees, gardens, open space and public art, among other things. Called the Haven Project, it will include a neighborhood shuttle to the connector after it opens. It also plans to create two waterfront parks nearby.

The Triborough bridge route to Randalls Island involves a steep set of stairs, winding ramps and heavy street traffic. The entrance to the new connector is a paved, ground level, accessible and well-lit pathway.