Raising Their Voices Together, Underserved Neighborhoods in New Orleans Get Heard – Next City

Raising Their Voices Together, Underserved Neighborhoods in New Orleans Get Heard 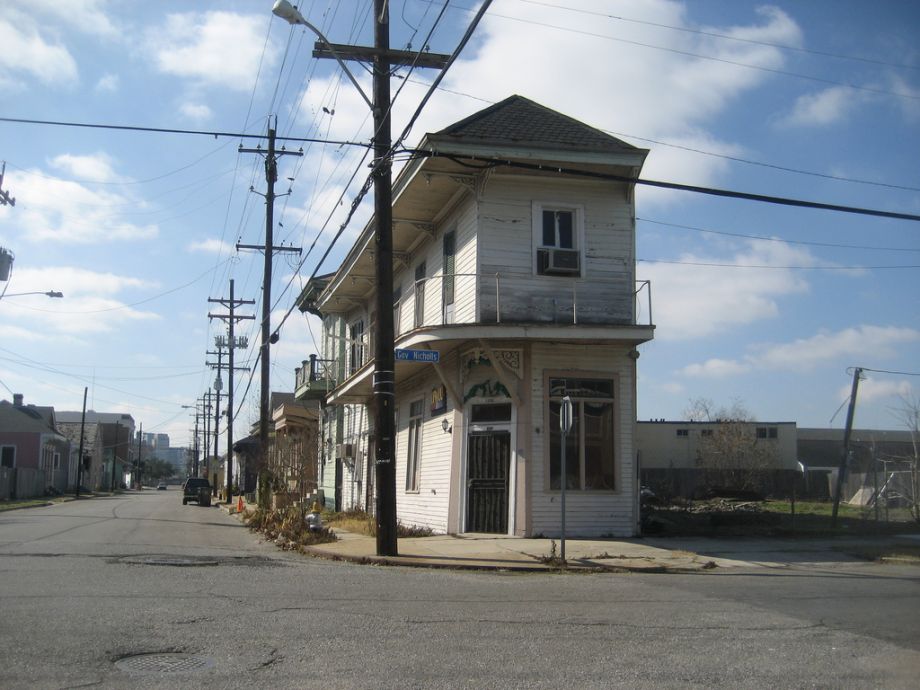 The Neighborhood Partnership Network helps amplify the voices of disenfranchised neighborhoods like Treme (above). Photo credit: Infrogmation of New Orleans via Flickr

The floodwaters receding from New Orleans after Hurricane Katrina not only left a destroyed city in their wake, but also an uncertain power vacuum. The government’s inept response on every level opened space for entities whose motivations spanned the spectrum, from goodwill to greed, to fill the vacuum and determine the trajectory of the city’s future.

The setting was ripe for disaster capitalists and others to move in and influence rebuilding efforts while the city’s most important stakeholders — its residents — remained largely dispersed and traumatized. More than eight years after the storm, one can see evidence of this in the closed Charity Hospital, the first school system in the country comprised entirely of charters, the closure and demolition of all New Orleans’ major public housing projects and an overall schema that tends to yield fruit to post-Katrina transplants while entrenching historical inequity that cuts along lines of class and race.

In 2005, the city government embraced a planning recommendation put forth by the Urban Land Institute to transform hard-hit areas of New Orleans into “green space” by prohibiting people from rebuilding inside of them. In response, a movement began to galvanize, comprised of citizens and groups that represented the very things they meant to save: neighborhoods. Out of meetings that took place in kitchens and churches, this movement grew and organized into one of the most prominent and potent vehicles for civic engagement in the city, the Neighborhood Partnership Network (NPN), a coalition of community groups operating within a framework to amplify their constituents’ voices and increase the agency and skill sets of neighborhood leaders across the city.

The neighborhood groups that founded NPN forged partnerships with nonprofits and non-geocentric community organizations to create a network through which they could share information and resources and launch a series of programs to train neighborhood leaders in how to translate their deep community roots into civic influence. Today, these programs include fundraising workshops for nonprofits, forums for candidates running in local elections, community journalism courses and training to help parents advocate for their children on education issues, among many others. NPN has also graduated from ad-hoc meeting spaces to an office on Tulane Avenue, where it offers a library tailored to neighborhood leadership, cameras, maps, a copy machine and other basic tools for its advocacy.

“This comes across as being something really simple,” NPN’s executive director, Timolynn Sams, says of its headquarter’s offerings. “But it’s those little things that keep people civically engaged.”

The city’s “green space” plan, one of many decisions made post-Katrina with little or no community input, was a threat not only to individual homeowners and businesses, but also an existential threat. The plan’s opponents argued that every neighborhood, even those that were completely decimated and might be again during future floods, deserved a chance to come back. Their rationale not only included the fact that the plan stank of racism — most of the areas marked for green space were predominantly black, while affluent white neighborhoods such as Lakeview, which flooded heavily and has recovered less than 60 percent of its pre-Katrina population, were not — but also that neighborhoods are, in a way, the fundamental building blocks of the city’s robust character.

“Everything in New Orleans emerges from the neighborhood,” says Sams.

The historical process by which New Orleans populated explains why clusters of city blocks yield distinct characteristics. As a port city, an immigrant city and a former hub of slavery, New Orleans possesses an intensely cosmopolitan composition for a city of its size. But it’s also in Louisiana, which has among the highest rates of native-born residents in the country. Immigrants and others settled into and brought to life culturally distinct enclaves like the French Quarter, the Irish Channel and Treme, where they and their descendents often remained for generations. Even adjacent neighborhoods present strikingly different demographics, architecture, traditions and traits, as well as access to resources and levels of wealth. Because they are often so highly defined as individual units in New Orleans, Sams said it only made sense to design a civic engagement organization that operates at the neighborhood level.

As more and more neighborhood groups joined NPN, it became clear that gaps existed between neighborhood leaders’ abilities to address issues at an official level. The Capacity College, what Sams calls NPN’s most “formative program,” addresses this issue by building neighborhood leaders’ civic skill sets — including management, data analysis, and communication — and connecting them to resources.

“People have to recognize who the true and authentic representatives of a place are,” says Sams. “You can be easily dismissed if you don’t have the right skill set.”

Sams cited the agitating by a group of citizens from the Melia neighborhood in New Orleans East to oppose a canal “repair” project by the U.S. Army Corps of Engineers as evidence of the program’s success. Melia, though by all accounts a distinct neighborhood, is not considered as such by city planners, and its residents were not consulted as the Corps decided to undertake the project, which caused flooding and other disruptions in the area. After going through Capacity College, several Melia residents organized to successfully demand a voice in Corps decisions that affect their neighborhood. They also later led a coalition of neighborhood groups in opposing the construction of a nearby garbage-processing plant, emerging as a prime example of NPN’s empowerment efforts.

NPN works to lift the voices of smaller, less enfranchised neighborhoods — the French Quarter’s primary association, for instance, is not an NPN member, because its voice is already strong — in addressing a panoply of issues related to health care, criminal justice, land use, food security, education and many other areas. It also enhances collaboration between neighborhood groups, which have historically been fragmented, as well as public-private partnerships. Although it receives no government funding whatsoever — making it politically unbeholden, flexible and credible in a notoriously corrupt city — NPN is currently working alongside the Committee for a Better New Orleans and the government’s City Planning Commission to implement the Neighborhood Participation Program, which mandates neighborhood-level engagement for developments related to land use and “quality of life.” Though in its early stages, the program formalizes at an official level a mechanism for citizen participation that reflects NPN’s grassroots work, a result that proves citizen engagement can influence a city’s progress not only on a piecemeal, issue-to-issue basis, but in a structural way, as well.