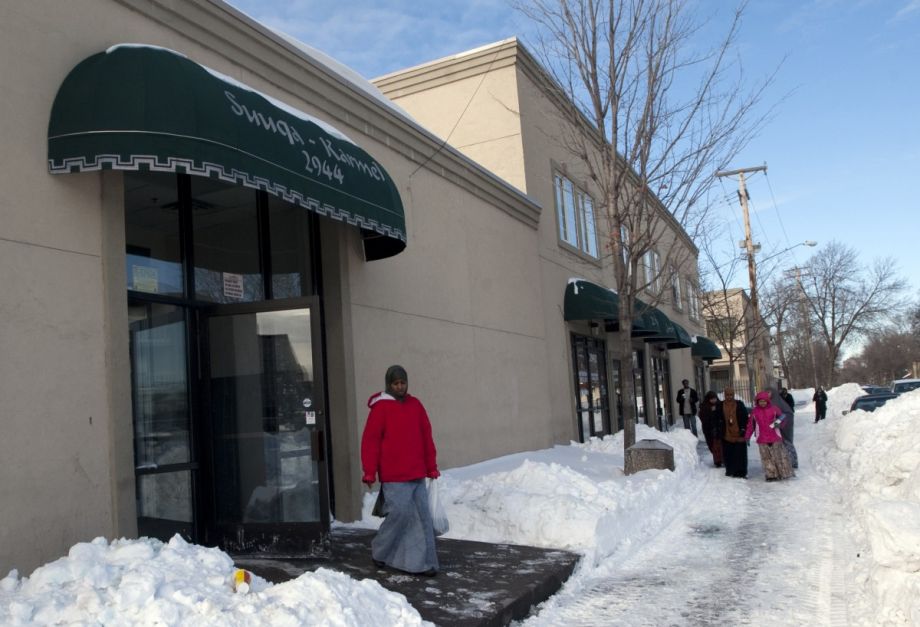 When Minneapolis Mayor Betsy Hodges came into office this time last year, she made it clear that one of the biggest priorities of her tenure would be to improve racial equity in the city. The promise is timely not only nationally, but in that Midwest area in particular. As Next City columnist Rachel Dovey notes in “Transportation Funding Change Aims for Equality in Twin Cities,” “racial segregation continues to intensify even while the region becomes more diverse overall.”

But in December, a power struggle in city council — dubbed “latte levy” — revealed the complicated truth about how difficult it is to build consensus around equity in cities that have factional communities of color.

“Latte levy” got its name over a proposed change to the city’s property tax levy in Hodges’ 2015 budget. On December 1st, Minneapolis City Council proposed to cut the property tax levy to 2.2 percent — for about $620,000 less in revenue than what Hodges had proposed. It would have translated to an average of about $3 per Minneapolis homeowner, or around the cost of a latte, according to opponents of the cuts.

Hodges had earmarked that money for racial equity agenda items: a leadership development and civic engagement program called the One Minneapolis Fund, a clean energy partnership, a racial disparities study, and a homeownership outreach program. Hodges’ progressive base activated their networks and rallied during a December 10th council meeting; many testified and encouraged the council to reverse the cuts.

“What we saw was that supporters came along and advocated and made a difference,” Kate Brickman, from Hodges’ office, told me. “People came to the hearing and testified, saying ‘We believe in these investments and we don’t want them to be cut.’ The community rallied around this.”

The Council ended up reversing many, but not all, of the proposed cuts. According to the Twin Cities Daily Planet:

On Dec. 10, Minneapolis City Council members voted to restore funding to the One Minneapolis Fund and the Clean Energy Partnership as well as to decrease the proposed property tax levy to 2.1 percent. In turn, they voted to cut $174,000 allocated to two new communication positions for the city.

The contention around this issue — and around a similar dust-up earlier in the year — demonstrate what happens when minority stakeholders don’t feel fully engaged in discussions about racial equity. It has also stoked the fire of preexisting tensions among Minneapolis’ ethnic groups.

“What I fear most in all this talk of equity is that equity might just be a new fad, the new buzzword, the new diversity, another time-wasting exercise, another promise with no substance,” Warsame said at the December 10th meeting, reported the MinnPost. “It is clear that, to some, equity means that we hire professionals to do more research and case studies on the poor of our city. Yet to many, the lack of equity impacts their daily lives. … Please do not second-guess us because it is insulting for you to tell me that you are more black than I am, [that] you care more about black lives than I do.”

Twin City demographics offer context for his comments. The region is 9.7 percent foreign born and has both the largest Somali population in the U.S. and the largest Hmong population outside of Laos, according to the 2013 American Community Survey. It is also 7 percent African-American. In 2011, the Twin Cities ranked No. 1 in the U.S in the disparity between African-American and white unemployment. The Minnesota cities are one of many around the country experiencing the tensions between longer-standing, more established minority groups and newer, empowered immigrants, who may not want to be lumped together under a shared multicultural umbrella.

The group Voices for Racial Justice focuses its work on community leadership training in organizing with a justice focus as well as the strategic convening of Minneapolis’ communities of color. In January of last year, it partnered with other racial justice partners to put forth ONE MPLS Agenda for Racial and Economic Justice. Representatives of the group met with city council members individually with the hope to get them on board.

“I would hesitate to assume that any council member of color is necessarily going to be a supporter of racial equity policy,” says Vina Kay of Voices for Racial Equity. “They’re individual people and don’t necessarily represent the interest of every community of color. I was, of course, disappointed in those votes, but it shows that representation is one piece of the story and not everything.”

In response to Warsame’s comments about the fear of equity becoming a buzzword (which I shared in my very first Equity Factor post), Kay says, “I would encourage him to think and talk with community members, certainly within the Somali community, but across the city of Minneapolis and think a bit more about what we mean when we say equity. He’s absolutely right that it’s a dangerous thing for equity to become a buzzword and to be something that’s never acted upon. I wouldn’t want that either. I don’t think anyone that’s doing this work would want that to happen.”

Kay says that there’s obviously a lot of work to do to continue the conversations about specific policies, but that it’s the kind of work that might not have a magical end point of the elimination of all racial disparities. Instead, authentic community engagement takes time and investment. One strategy has to be for disparate groups to co-create policy.

“The real way to racial equity at any level is to engage with communities of color,” says Kay. “The people who are experiencing racial disparities really should be tapped as experts. As we talk about things like climate change and frame it as climate justice for people who experience these disparities, we would like our city leadership also to be deeply engaged and having conversations with them. … And not just as a listening session where you are listening and not acting on what you hear, but a genuine co-creation of solutions.”