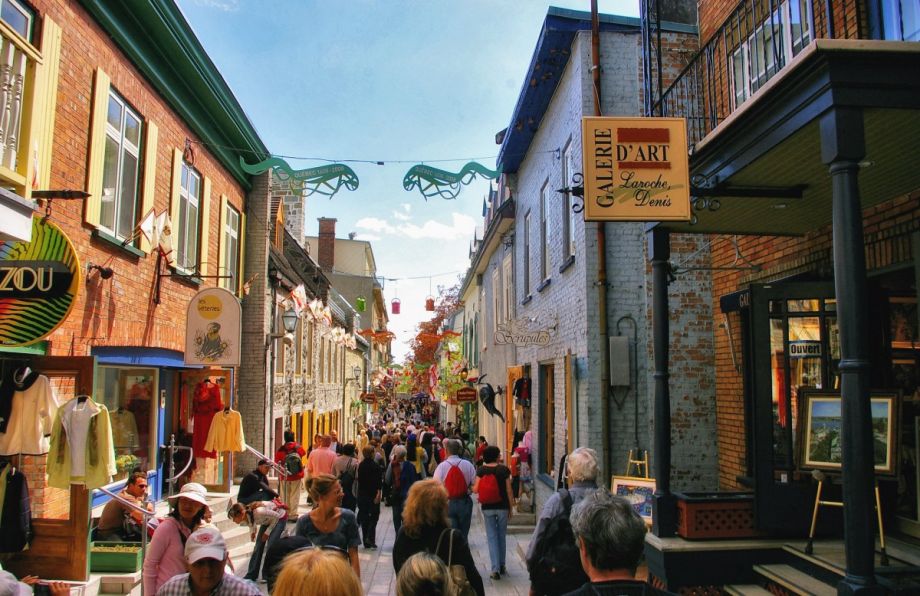 Sometime in 2026, Canada’s second-oldest city will become its tenth to have rail transit service.

In addition to the tram line, the project will build two trolleybus lines totaling 15 km (9.3 miles) in length. Mayor Labeaume said that this project means Québec will join the club of Canadian cities with more than 500,000 residents that have modern transit infrastructure. Once the improvements are complete, Winnipeg will be the only one of Canada’s ten largest metropolitan areas to lack rail transit.

Prime Minister Trudeau touted the improvements as making Québec City greener and enabling its residents to get around the city more easily.

Colorado Study Touts Benefits of HSR Into the Mountains

Another U.S. state is contemplating building a higher-speed rail line: Colorado. The difference between this proposal and the others that have been discussed and attempted to date: It wouldn’t connect two or more large cities. Instead, it would connect its largest city with its chief tourist destination.

The Colorado Springs Gazette reported Aug. 20 on a Colorado Department of Transportation study that made the business case for a high-speed rail line running west from Denver along Interstate 70 into the Rocky Mountains. The study, conducted for CDOT and county governments along the I-70 corridor by Development Research Partners, estimates that a Denver-to-mountains HSR route would save commuters between the mountains and Denver a total of $8.4 million a year in travel time and maintenance costs. On top of that, visitors and residents of the mountain corridor communities would save another $4.3 million for a total of $12.7 million in time, wear and tear.

The study also argues that the line would serve as a major stimulus to the mountains’ tourist economy. The study says the line would attract an additional 4.2 million visitors to the I-70 corridor, and those visitors would spend as much as $548.6 million on food, drink and entertainment.

That level of tourist spending could support an additional 6,428 jobs paying a total of $227.2 million in wages each year. That, the report says, would be a shot in the arm for overall employment in the mountain corridor, which has grown at half the rate of employment growth in metro Denver since 2001.

A Denver-to-mountains rail line formed part of a statewide network of 100-mph-plus routes proposed by the Rocky Mountain Rail Authority in 2010. CDOT followed that proposal up with further study of higher-speed rail along the Front Range, following I-25 from Fort Collins through Denver to Colorado Springs. This study returns to the other major travel corridor in the state, connecting Denver with the mountain resort communities of Black Hawk, Keystone, Breckenridge, Vail and other destinations, terminating at Eagle County Airport.

Last week, this column ran an item on a recently-passed bill in the United States Senate whose aim is to counter the growth of China Railway Rolling Stock Corporation’s railcar-manufacturing business in the United States. It noted that the bill would prohibit U.S. transit agencies from “buying vehicles from any Chinese-owned or subsidized company under any federal funding agreements for a period of one year.”

The organization that supported the language contained in the bill, the Rail Security Alliance, sent an email noting that, contrary to the impression left by the above phrase, the bill does not prevent transit agencies from buying railcars from CRRC; it only prevents them from using federal transit assistance funds on the purchases. But since federal assistance now forms a key element in railcar procurement for most transit agencies, the language effectively bars such purchases.

Which is fine by the RSA, which sees CRRC’s bid to become a dominant player in U.S. railcar construction as a threat to national security. Its main concern is with the nation’s rail freight system; the alliance produced a report in the fall of 2018 in which it examined the security issues surrounding “advancing efforts by the Government of China to take control of U.S. freight rail.”

On the subject of CRRC’s entry into the transit railcar market, RSA spokesperson Jeff Eller issued this statement:

While there may be no American railcar manufacturers, there are plenty of foreign manufacturers that do not pose the threat to the U.S. that the Communist Party of China, via state-owned enterprises like CRRC, pose. These other manufacturers are from allied countries including Canada, France, Germany, Switzerland, South Korea and Japan. Unlike CRRC, these companies employ thousands of Americans, instead of a hundred, and they manufacture from start to finish in the U.S. In fact, a study from Oxford Economics reports: For every Chinese state-owned enterprise job created in the U.S., we lose 3.5 to 5.4 American jobs. CRRC is a state-owned and state-directed enterprise subsidized by the Communist government of China. It does not play by global market economy rules, and the threat that CRRC poses to our national and economic security has been confirmed and acknowledged by numerous government officials with high-level security clearances.

While CRRC’s “get the facts” website offers figures on payroll at its two U.S. manufacturing plants, it does not provide figures on the number of employees.

In addition, the RSA’s website offers a counter to the quote featured in last week’s item: “If you are going to spy on somebody, would you really use a metro car?” A Washington Post article from January of this year answered that question with, “Many experts say yes.” The question is a live one, for CRRC is a likely low bidder for the Washington Metropolitan Area Transportation Authority’s next fleet of railcars, the 8000 series. (The current 7000 series was built by Kawasaki, a Japanese manufacturer that has extensive experience building railcars for the U.S. market in the United States.)