Three Publisher’s Columns You Missed – And Three You Didn’t 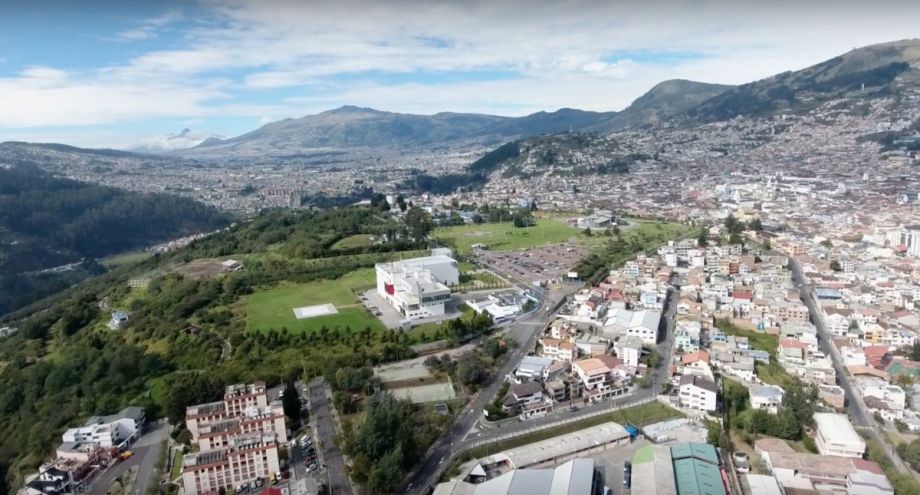 “Sometimes the light’s all shining on me. Other times I can barely see. Lately it occurs to me, what a long strange trip it’s been.” - Grateful Dead

In an effort to inspire change in cities, I did a bit of traveling over the year: 101 nights, 20 cities, 12 countries and four continents.

Through 13 publisher’s posts, I’ve tried to write about the most impactful experiences and the most interesting people I’ve met. Sometimes, I nailed it! Other times, I struggled to convey why it was newsworthy. And, in an age of Trump, I often had to resist the rant or obvious point, instead, looking for what could truly be revolutionary yet less pronounced. Some posts were widely read, but others went under the radar. However, as Nicholas Kristoff noted, bad columns and those nobody reads aren’t necessarily the same thing.

Inspired by Mr. Kristoff’s recent New York Times column, I offer the following reminder to Next City readers of six posts I’ve written over the last year about change around the world — three you might have missed, and three you should definitely read again:

Disruption Is the Norm in the Persian Gulf
Dubai and Masdar City UAE offer lessons for the future — from personal rapid transit and artificial intelligence to happiness. America, are you paying attention?

Where Top Urban Leaders Are Meeting Cities’ Most Pressing Challenges
In Quito, Ecuador, for Habitat III, Next City created an amphitheater to the world. Over 200 speakers, 7 artists and 60 hours of programming, including an accordion-playing DJ and U.S. HUD Secretary Julian Castro, set the stage for adoption of the New Urban Agenda. Now, it’s time for cities to step up to the plate.

Tackling the Health Problems That Poverty Causes
The upcoming debate about repealing Obamacare will again miss the critical role that urban policies and community design can play in keeping people healthy. The Healthiest Cities and Counties Challenge, a partnership between the Aetna Foundation, the American Public Health Association and the National Association of Counties, will empower small to mid-size U.S. cities and counties to address the multitude of health concerns facing cities today, from access to healthy food and clean water to a dearth of public green spaces in which to play, work and exercise.

Ford Foundation Connects Architecture to Mission
Darren Walker gets it — design does matter. Fresh off of his recent meeting in Rome with the Pope, CEOs, labor leaders, social reformers and other world leaders to forge a new social compact for the 21st century, Walker continues to stress that a sustainable world begins at home. His home — the iconic Ford Foundation headquarters — gets a remake in 2017, with lessons for all to see.

Opening Up HUD’s Prosperity Playbook
On the tips of many urbanists’ tongues is whether Secretary-designate Ben Carson will continue the progress of his predecessors at HUD. Who can be against prosperity? We’ll see.

Hyperconnected Megacities Are Changing the World Map
It’s a small world after all! Parag Khanna connects the dots for us. In Barcelona last month, I introduced Parag to the Smart City Expo World Congress, and by the end, the audience saw cities in a much different light.

So, as we at Next City begin another year of inspiring social, economic and environmental change in cities through journalism and events, we encourage you to continue to read our features, news posts and opinion pieces, and stay engaged. If you missed our preview of what 2017 has to offer, check out this last post: Moving Forward in the Trump Era.

Lastly, keep those comments coming! Here are two of my favorites:

“For a president who supported Brexit … one wonders how [Trump would] rationalize stopping cities or states from exiting his economic empire. Maybe Philadelphia should re-join England?” - Joe Beckmann

“Tom, thank you for adding to the even-keeled sentiment we all need to hear right now. The ballot measures across the country offered me great reassurance that we did not take a big step backwards. I see Trump’s victory as a reminder, highlighting the population which has not been served by our elected officials, and are suffering — have been suffering for it. Scary though the potential for more hateful rhetoric may be, it seems we have an opportunity to turn lemons into lemonade if we’re willing to understand the other side, and reach out to repair this rift. I’ll continue to rely on Next City for up-to-date and accurate reporting on just how what plays out will affect our cities, as well as the rural/suburban landscapes much of the Trump base calls home.” - Nicholas Dingman