Cities Are Driving a Public Library Boom in Australia – Next City

Cities Are Driving a Public Library Boom in Australia 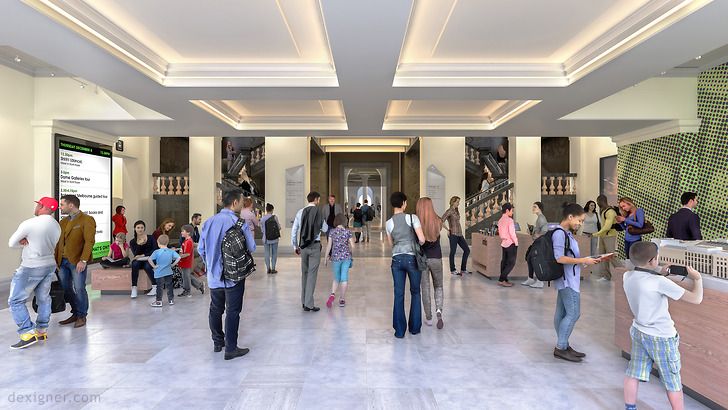 Australia’s cities are investing in new libraries designed for 21st-century patrons, and they’re getting creative with designing and funding these buildings, where traditional lending meets modern-day information access. Cities around the world looking to finance and generate excitement for such community spaces can look from Perth to Melbourne for lessons.

Perth opened a new central library last spring in a gleaming cylindrical building that is both a book silo and an architectural exclamation point for one of the world’s most isolated cities. Perth has experienced 50 years of steady growth, topped by a downtown building boom to serve Western Australia mining, making it the nation’s Houston or Denver. So it was high time for the first new municipal building since a concert hall in 1972. The striking design stacks seven levels on the edge of a low bluff overlooking Perth’s rapidly developing recreational waterfront. When I visited one Saturday afternoon, visitors were taking in the view from upper-level balconies, and the floors dedicated to kids were hopping with children exploring the world of ideas.

Where Perth had the funding to create a landmark building, Adelaide has done a lot with limited resources. Its new city library occupies an upper floor in what was a fading downtown shopping mall. Library Director Anne Rundle remarked on the challenges of stretching a tight budget to convert what was originally intended as carpark space into a library, even down to fighting for a dedicated elevator so visitors don’t have to enter through the parking deck.

Adelaide brands the new space as “Library in the Clouds,” a multiple play on its elevated location, the internet cloud, and clouds as symbols of imagination. Accessible just off a major pedestrian mall and shopping strip, it draws 1,500 users per day for traditional library collections, study areas, maker spaces and other facilities for lifelong learning. Most patrons are in their 20s, drawn to the library’s function as a “third space” as well as information center. The library also helped homeless residents develop journalism skills and work on a newspaper serving and advocating for the homeless.

While downtown Adelaide with its famous belt of parklands has touch of sedate Britishness, Melbourne is a bustling metropolis. The city is aiming for a new central library at its heart by the 2020s, even though City Library, the first downtown lending library, is only 13 years old. Starting with Saturday-only service in space subleased from the Center for Adult Education, City Library is now the busiest lending library in the country with particularly heavy use from overseas students and immigrants.

City officials have already leveraged money from the developers of an urban regeneration project to open the Library at the Dock in May 2014. The facility, few quick tram stops from the concrete canyons of the central business district in a former industrial and warehouse district that’s now filling with office towers and high-rise apartments, was the number one priority for the early residents of the nascent neighborhood. They liked the convenience of their apartment towers and the harbor views, but as Pam Giumarra, a library representative, told me, they complained that the district had no soul. They thought a library could fill that space. The building’s prime waterfront site with great views was a deliberate choice. Thousands swarmed the library on opening day, and it has become a center for community activities. An airy structure built from cross-laminated timber, the Library at the Dock is particularly popular with young adults, who not only check out books (30 percent of the total city system circulation) but also use its maker space, recording studio, theater and community heritage gallery, not to mention ping pong tables.

Each of these cities is an Australian state capital that also hosts an imposing state library whose strong points are archives, research, exhibits and quiet study. The new city libraries are their energetic siblings, with inviting architecture rather than imposing facades. The goal, as a partner from the architecture firm that designed Melbourne’s next new library aptly explained in March, is to create “spaces that foster learning, exploration and innovation … a place where people … naturally gravitate to in order to engage, learn, socialize and be inspired.”