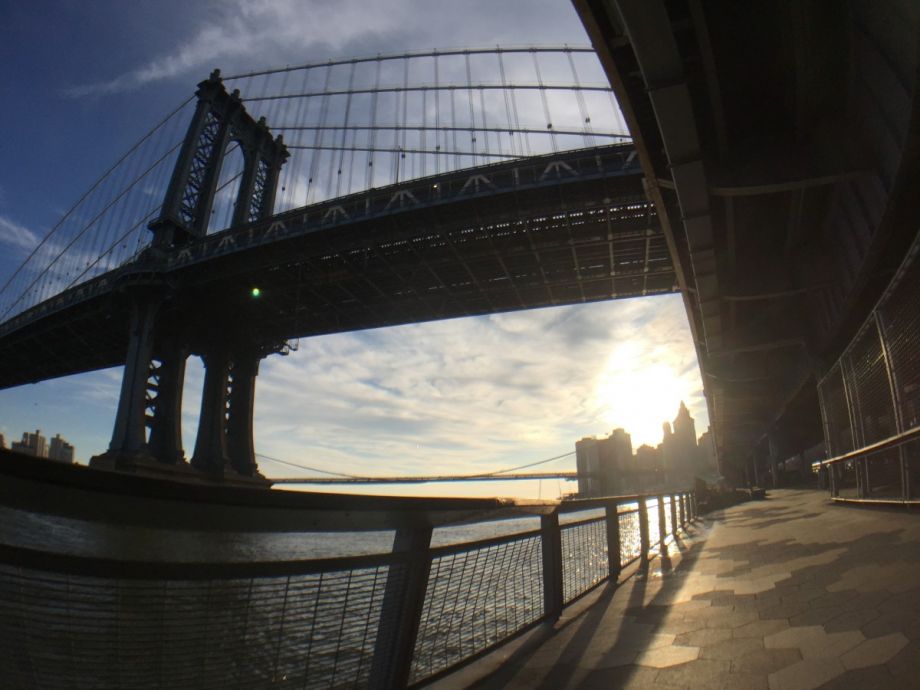 From the southern tip of Manhattan to the Brooklyn Bridge to a little past the Manhattan Bridge, a stretch of NYC waterfront is performing woefully below its potential to create jobs and improve lives, say residents.

It’s not for lack of planning. There are, by some counts, as many as 12 different plans that cover the area in varying extents, stretching back at least 20 years. None of them has been fully realized.

It’s not for lack of community involvement. There are, by some counts, as many as 60 different community organizations involved in said plans, some of which are more than 60 years old.

Whatever the reasons why this waterfront has remained neglected for so long, two tides of change have thrust the neighborhood into the spotlight, one literal and one financial: the NYCHA plan to lease out “underused” open space in public housing communities for private development, and the continuing ramifications of Hurricane Sandy, which famously put huge swaths of the area underwater.

Intending to write a new history, public housing residents along the waterfront have joined with their neighbors, stretching all the way down into the Financial District, to create a new CDC: the South Street East River Community Development Corporation (SSER-CDC). At their first board meeting, in January, Aixa Torres was elected interim board president.

Torres first moved into NYCHA’s Governor Alfred E. Smith Houses in 1958. She turned 6 that year. Smith Houses, built right next to the Brooklyn Bridge, turned 3. It’s one of the eight NYCHA developments slated to lease land to private developers.

Like many Puerto Ricans back then, Torres’ parents, brother, two sisters, aunts, uncles and cousins spent Sundays with Resurrection Lutheran Church, where pastor and founder Ruben Dario Colon shepherded a community-oriented, social-justice focused congregation. Colon was one of the organizers of the first Puerto Rican Day Parade, which also took place in 1958.

“I come from that background,” says Torres, who has been president of the Smith Houses Residents Association since 2010. “Rev. Colon walked with Martin Luther King. After King was killed, even before his birthday became a national holiday, on the Sundays before his birthday we had sermons about him. We all grew up in that sense of social justice and serving the community.”

Torres brings the experience and support network from those victories with her to also serve on the new CDC board, alongside Papa. The questions they face are urgent. There’s NYCHA’s land use plan, the rebuilding of the South Street Seaport where many residents shopped and worked, and in January HUD awarded $176 million for a storm protection plan covering the SSER-CDC waterfront all the way around to the northern tip of Battery Park City on the Hudson River side of Manhattan. How that HUD money gets contracted out, and whether any of it will create jobs, contracts or other opportunities for existing residents, is a big point of discussion for the CDC.

“It’s important for the residents, not only in Smith Houses but all along this part of the waterfront to have a voice in what’s happening,” Torres says. “People from other parts of the city think they can just come here and just say what to do, and part of it is because so much of this waterfront is public or subsidized housing.”

“I pay over a thousand dollars a month rent, and I’m not the only one. And I pay taxes on my pension too,” adds Torres, who retired from the NYC Department of Education a year ago after heart surgery. “There’s this misperception of housing residents that we’re not contributing anything.”

Equity is built into the new CDC. According to its bylaws, a minimum of three board members must come from each of five categories: tenant associations, property owners, community-based organizations, businesses and individuals/other interested parties.

Also on SSER-CDC’s agenda: small business incubation and preservation, open space design for the waterfront, and what they’re calling “cultural resiliency” — highlighting and leveraging the diversity of the neighborhood as a key feature of the waterfront. Planning discussions are already beginning for a major waterfront cultural festival in 2017.

The biggest challenge, Papa says, will be getting the two communities on either side of the Brooklyn Bridge to think as one when it comes to the waterfront. All of the public housing communities are on one side, and Wall Street is on the other.

“There’s traditional barriers between each side,” Papa explains. “Neither has ever really been invited to think of the use of the waterfront together, until now.”