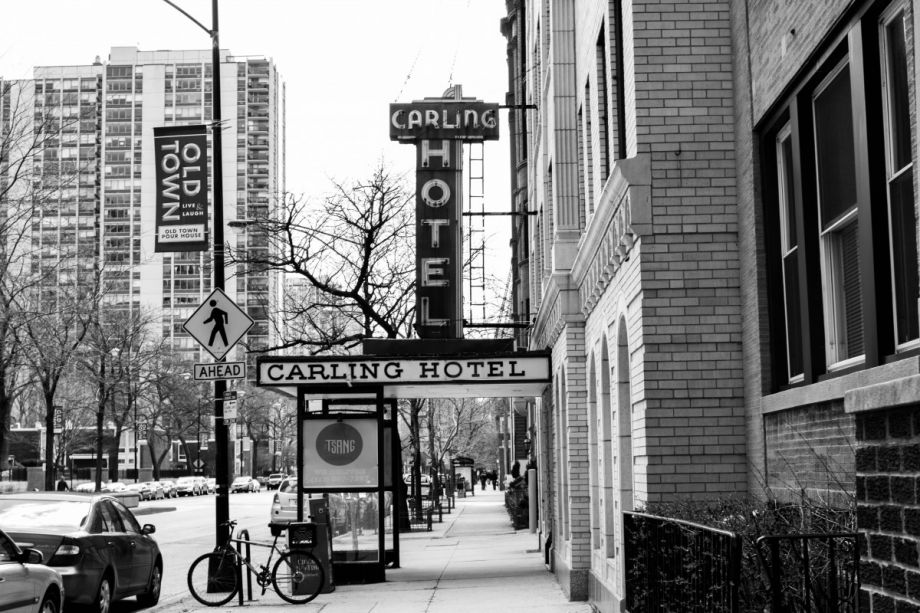 The former Carling Hotel in Chicago, at 1512 La Salle Street on the Near North Side, was built in 1927 as a 155-unit SRO (single-resident occupancy). It’s around the corner from the legendary Second City improv theater, which fostered the comedy careers of Tina Fey, Amy Poehler and Steven Colbert to name a few. Suffice it to say, it’s a hot neighborhood, with easy access to jobs and amenities, the kind of neighborhood where a former SRO could easily turn into luxury condos.

“By virtue of their price structure and cost, SROs are affordable housing,” says Molly Sullivan at the Chicago Housing Authority (CHA). “There is always a danger of losing all these units in strong markets, where the property values are very high.”

That’s not happening with the Carling. Instead, out of the 80 units the renovated building will hold, 39 will be part of the CHA’s project-based voucher program, as part of a deal with the building’s new private owner.

In a project-based voucher building, instead of a landlord accepting housing choice vouchers, he enters into a contract with a local housing authority to dedicate a certain number of units in a building to rent out to eligible families. It’s a federally funded tool available to any local public housing authority.

“We think this new revolving loan fund would help incentivize building owners in opportunity areas to participate in the project-based voucher program,” Sullivan says. CHA defines “opportunity areas” as census tracts with less than 20 percent of residents living below the poverty level and a less than 5 percent concentration of subsidized housing.

As development has picked up in Chicago, like many major cities across the country, it’s been getting harder and harder to find developers in strong markets who want to enter into a project-based voucher contract with CHA. The maximum rent that CHA can pay in 2016 for a two-bedroom voucher program unit is around $1,800 a month; some estimates price the median rent for a two-bedroom unit in Chicago as high as $2,600, as of January 2016.

Designed over months of conversations between CHA, developers and other stakeholders, the Opportunity Investment Fund will try to attract developers into the program by helping them with acquisition costs. In a typical example, explains Stacie Young at Community Investment Corporation, developers usually pay 20 percent down in order to acquire a building; the loan fund will provide a below-market-rate loan to cover part of the down payment, freeing up the developer’s own cash to pay for rehab or other costs or another acquisition. In exchange, the developer puts the building into the project-based voucher program.

“One of the beauties is the efficiency,” says Young. Instead of subsidizing expensive new construction or going after the perpetually oversubscribed pool of low-income housing tax credits, the Opportunity Investment Fund will create affordable units at comparatively much smaller per-unit costs.

The fund was designed under the purview of the Preservation Compact, a coalition of public, private and nonprofit affordable housing organizations in the Chicago area. Both CHA and Community Investment Corporation are members, and Young coordinates the Preservation Compact. Creating those affordable units in strong markets is another important goal for everyone involved.

“Generally, we are always looking for opportunities to expand affordable housing into opportunity areas,” says Sullivan.

Besides the benefits that all the studies show linking better economic outcomes to more affluent ZIP codes, all across the U.S., cities, states and housing authorities are grappling with the new Affirmatively Furthering Fair Housing rules from HUD. The rules require HUD funding recipients to show they are not discriminating against poor and minority households by concentrating subsidized housing residents in high-poverty neighborhoods.

In Chicago, the disparate economic outcomes based on ZIP code are especially jarring, with middle-income black and Latino families living in neighborhoods surrounded predominantly by those of lower economic status, while middle-income white families are often surrounded by wealthier families.

“When opportunities present themselves, we are looking at strategies that are best for each community,” Sullivan says.

As a requirement of the grant from the CDFI Fund, the Preservation Compact must leverage its seed capital with private capital, usually from foundations or banks, targeting a total fund size between $25 million and $50 million. With at least $25 million, they anticipate being able to generate around 250 project-based voucher units in the first round of loans to developers in Chicago’s opportunity areas. As the loans get paid back with interest, they can re-loan those funds to create more project-based voucher units.

Editor’s Note: This article has been updated to clarify how CHA’s project-based voucher program works, as well as how the Opportunity Investment Fund connects to it.