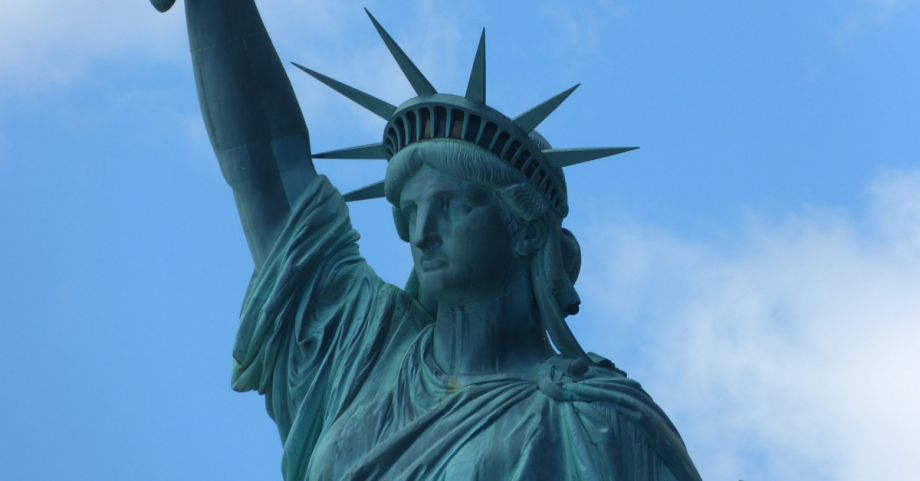 Editor’s note: On March 9, 2021, the Biden administration said it would stop enforcing the implementation of this rule. CBS News reported that Homeland Security Secretary Alejandro Mayorkas said​ in a statement that the rule was “not in keeping with our nation’s values. It penalized those who access health benefits and other government services available to them.”

You could see the new holes starting to open up in the social safety net, in the form of empty waiting rooms at Chinese-American Planning Council’s intake offices across New York City, months before the arrival of the COVID-19 pandemic.

Founded in 1965 and serving around 60,000 people and their families a year, Chinese-American Planning Council claims to be the country’s largest Asian American social services organization. For many reasons, immigrant communities have long relied on organizations like these to connect them with all forms of assistance, public and private. But those communities were being scared away, even from interacting with organizations they’ve come to trust.

The reason? In September 2018, the Trump Administration announced a proposal to expand the public charge rule. The rule says applications for temporary visas or permanent residency (also known as green cards) will be denied if the applicant is likely to become a “public charge,” meaning they would start receiving certain cash and non-cash public benefits. The concept first appeared in the Chinese Exclusion Act of 1882, the first significant law restricting immigration into the U.S.

Even with the expanded definition, the public charge rule still only applies to a small percentage of immigrants living in the U.S. But confusion around it started fueling a “chilling effect.” People stopped signing up for benefits to which they had a right.

Even worse, “after the public charge rule proposal came out, we had community members lined up the week afterward to de-enroll from benefits because they were afraid of having green cards denied or taken away, or being deported,” says Carlyn Cowen, chief policy and public affairs officer at Chinese-American Planning Council.

After more than a year of regulatory comment periods and court battles delaying implementation, the Trump Administration’s expansion of the public charge rule went into effect on February 24.

In New York, city officials estimate the rule expansion will affect some 475,000 New Yorkers, with a potential economic loss of $420 million a year to the city as a whole. Those losses are now coming in the midst of a pandemic that has hit immigrant communities particularly hard in New York City, as they make up a disproportionate share of essential workers who have not had the luxury of working from home.

“If people were still coming in like usual, at least we could talk with them and if necessary connect them with free legal aid,” Cowen says. “If people aren’t coming in that’s really scary because it makes it that much harder to identify who’s really vulnerable to this and who isn’t but might still be afraid they are.”

“This time we dug further into how people get their information, who they listen to, who they trust,” says Hamutal Bernstein, the lead researcher on the Urban Institute report. “The work of others has really pointed to the confusion about the rule and who is actually subject to the public charge rule and what programs it applies to, and the research confirmed that.”

Although the public charge rule first appeared in 1882, it was not until 1999 that U.S. laws and regulations would both clearly define what benefits would count toward qualifying someone as a “public charge” and specify how federal immigration agencies would go about determining whether someone was likely to seek those benefits. The Trump Administration expanded that definition to include the most common forms of public assistance, which were not included previously — the Supplemental Nutrition Assistance Program (SNAP, also known as food stamps), non-emergency Medicaid for non-pregnant adults aged 21 and over, Section 8 housing assistance, public housing, and state and local cash assistance.

Of the immigrant households Urban Institute surveyed who said they were avoiding public assistance because of the public charge rule proposal, nearly half said they were avoiding SNAP or Medicaid, and one-third said they were avoiding federal housing subsidies. But substantial shares of adults also reported avoiding public programs that don’t count under the public charge rule, including free or low-cost medical care programs for the uninsured (21 percent); the Special Supplemental Nutrition Program for Women, Infants, and Children, or WIC (16 percent); subsidized private health insurance coverage (14 percent); and free or reduced-price school lunches for their kids (13 percent).

Given the Trump Administration’s overall actions around immigration policy, from the Muslim travel ban, to the Mexico border wall, to periodic Immigrations and Customs Enforcement (ICE) raids in immigrant communities including those across New York, the overall inclination has been for immigrant households to avoid government assistance no matter what form it is or where it comes from.

“Immigrant families felt like they needed to be completely off the government radar for fear of getting caught up in the public charge rule,” Cowen says. “The government is the government to somebody who’s fearing ICE coming to their door.”

Broad demographic categories also mask the true vulnerability among Asian immigrant communities. Fourth- or fifth-generation Asian American families may be doing better off as a group than white households, while more recent Asian immigrants and families are as vulnerable or worse than other ethnic minorities.

Cowen says it has also been hard on many of Chinese-American Planning Cuncil’s own staff of 4,000, many of whom are immigrants and some facing public charge rule situations for themselves or their families.

With such a large staff, Cowen says the organization relies on the “train the trainers” model. The organization designates a point person for each of their locations to receive in-depth training on new issues as they arise, like the public charge rule. Each point person then may conduct site-by-site or one-on-one training for each office to educate frontline staff on the issue and set up scripts and procedures to triage cases as they arise. Some cases can be resolved right away, like if someone isn’t seeking a temporary visa or a green card for themselves or a family member. Other cases may require free legal assistance from one of the organization’s legal aid partners.

“People are worried if they go to a hospital to get a COVID-19 test, they’ll get deported,” Cowen says. “That’s a concern no matter what, but that’s a nightmare during a pandemic from a public health standpoint.”

In order to get the word out and encourage people to come into Chinese-American Planning Council for help to navigate their unique situations, the nonprofit has been ramping up its communications during the pandemic. On top of its usual regular communications via local ethnic newspapers and radio stations, it started using WeChat for the first time, to broadcast informational flyers and methods in Chinese.

Chinese-American Planning Council also divvied up its database of 5,000 or so active participants in its various programs for youth, seniors and other adults. The staff member most familiar with each participant started making weekly or daily calls to each, with a prepared list of questions to check in on health situations, food, housing, employment or income changes and other factors. So far, about half of those 5,000 participants have reported a loss of a job or other income within their household, according to Cowen.

“We’re seeing community members that previously didn’t need public benefits before but now they do and they’re scared to access them because of the public charge rule,” Cowen says.

One common misconception is that the public charge rule applies to family members of those already receiving aid. If one family member is applying for a green card, others may mistakenly believe they need to de-enroll from SNAP, or parents may de-enroll children from free school lunch programs if a sibling, grandparent or relative is applying for a temporary visa or green card. Or an entire family may feel compelled to move out of public housing or Section 8-assisted housing because one family member needs to apply for a green card.

Many of the most vulnerable immigrant groups are exempt from the public charge rule, including refugees, persons seeking asylum or are under asylum in the U.S., and persons applying for or granted legal immigrant status under the Violence Against Women Act.

According to Bernstein at the Urban Institute, organizations like Chinese-American Planning Council are important channels for information, and they work better when public officials recognize and leverage those channels. In its survey, Urban Institute found that immigrant families do trust government more than any other source, but they hear from government the least of any information source.

“People usually want information from government, whether it’s local, state, or federal, but in practice they are getting most of their information from TV, social media or personal networks,” Bernstein says. “The implication is that government sources just need to recognize this responsibility and make sure their information is both accurate and effectively engaging immigrant families, which means in their language, and even better in partnership with trusted organizations.”

Cowen credits the NYC Mayor’s Office of Immigrant Affairs for being a strong partner to her organization throughout the overlapping crises of COVID-19 and the public charge rule.

“It’s really important for the government to meet people where they are, and to do that it’s important to go through community-based organizations,” Cowen says. “The networks and the infrastructure already exist, it’s just a matter of them utilizing it.”