Workers Without College Degrees Left Behind in New Providence Economy 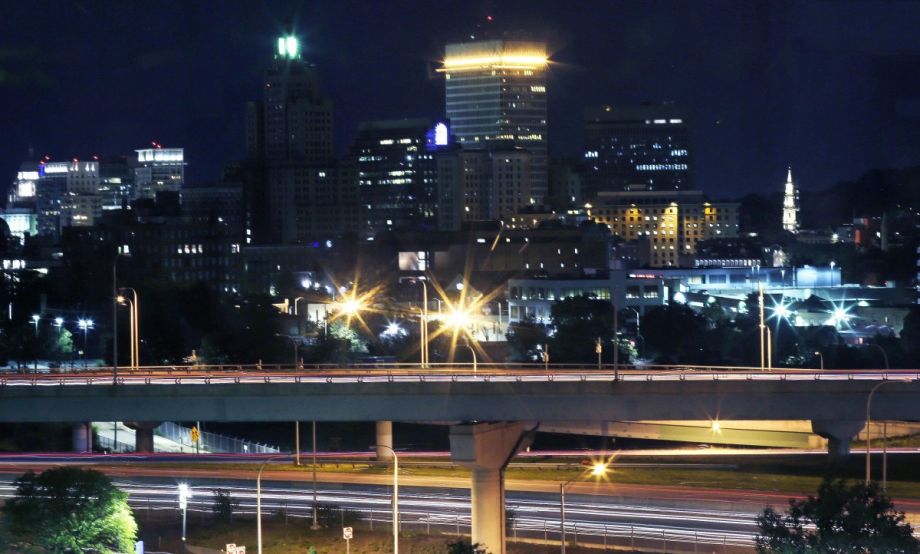 Providence, Rhode Island, has mounted a pretty impressive recovery since last decade’s recession, dropping its unemployment rate from a high of 11.3 percent in 2009 down to 5.6 percent today.

But it’s also undergone the most drastic transition from a manufacturing-dense economy to an advanced degree economy than any other metropolitan area in the U.S., and that may be jeopardizing the city’s efforts to connect people who never had access to traditional college education with good-paying jobs.

The transition is highlighted by a Cleveland Fed report that came out on October 6. Economist Stephan D. Whitaker writes that 40 percent of the city’s labor pool was employed by manufacturing jobs in 1980 while today that number is down to 11 percent. Degree-intensive jobs, meanwhile, have been on the rise, escalating from 25 percent of the labor pool in 1980 to 47 percent in 2014.

The report notes that Milwaukee, Indianapolis, Cleveland, Pittsburgh and Philadelphia have all seen similar transitions. But when comparing Rhode Island with the states those cities are located in, manufacturing still makes up 18.8 percent of Wisconsin’s gross domestic product, 29.5 percent in Indiana, 16.9 percent in Ohio and 12 percent in Pennsylvania. In Rhode Island, meanwhile, it only contributes 8 percent of GDP.

On one hand, the Cleveland Fed report suggests there’s more incentive for local college graduates to stick around and build the local economy with businesses looking for mid- to high-level talent. But on the other hand, manufacturing, which is often seen as a gateway to the middle class because it offers good-paying jobs with attractive benefits to those without advanced degrees, is suffering from a worker drought.

“At the end of the day, it comes back to the same thing: I know more companies that can’t find people than I do people who can’t find work,” says Bill McCourt, president of the Rhode Island Manufacturers Association. “We cannot fill those jobs fast enough, and similar to a lot of other cities, we have an aging workforce.” He estimates that 25 percent of the local manufacturing economy’s 40,000 workers will retire in 5 to 10 years.

But with the combined weight of a new series of programs the state is rolling out at the local level, there may be some light at the end of the tunnel.

For higher-up positions in the local manufacturing economy, the state is trying out a citizen tax incentive program, called the Wavemaker Fellowship, to entice college grads to stay within the stateline. The fellowship gave about $3,750 in tax credits each to 215 local college graduates to offset the cost of student loan repayments, in exchange for their commitment to remain in Rhode Island. Eighteen percent of those graduates were involved with some form of manufacturing.

“The fact of the matter is that it’s going to become increasingly more difficult to get any kind of well-paying job, manufacturing or otherwise, without some sort of post-secondary training,” says Sheaff. “Low-skill manufacturing is now a relic of the past, but we have the opportunity now to focus on high-skill, advanced manufacturing jobs that are at the heart of our future growth.”

On September 26 Governor Gina Raimondo announced an ambitious plan to get college degrees into the hands of 70 percent of Rhode Island’s working age population — between the ages of 15 and 64 — by 2025. The Prepare RI program is helping that goal along by covering the costs of college-level courses, which it did for 4,000 students in the 2015-2016 school year.

When it comes to those who are out of high school and looking for work, the state’s new workforce development initiative, Real Jobs Rhode Island, is led by a blend of state, federal, private and nonprofit stakeholders to train unemployed communities in a wide variety of industries. That program received $5.2 million in 2015 from the federal government, and was divided up between a number of local companies and organizations who’ve come together in light of new rulings to a federal workforce development act that encourage job training programs to involve state, federal and local workforce groups, instead of relying on local government offices to handle all the work. Manufacturing companies received $400,000 of that allotment.

As for the Rhode Island Manufacturers Association, McCourt says they’re working closely with the Opportunities Industrialization Center (OIC) of Rhode Island, which provides a swath of technical assistance and workforce development help to minority entrepreneurs and low-income communities throughout the state. Right now, OIC is partnering with Community Colleges Rhode Island and the Providence Career and Technical Academy to create an evening and weekends jobs training program in Providence for locals without a college degree. That will then feed directly into information technology, welding, marine trades and other industries with ties to manufacturing.

With the third most expensive energy costs in the country, energy-intense industries like manufacturing face abnormal utility costs in Rhode Island compared to other states. It’s one extra cost that McCourt says has slowed investment from local companies into local training programs in the past.

“When you’re looking at manufacturing costs here, usually the highest cost of manufacturing is raw material, second is payroll and third is utilities, by and large,” says McCourt. “Whether it’s a company looking to expand here or looking to relocate here, I think coming in with that as a known — it leaves you in a very difficult position.”

But he now recognizes it’s up to local companies to guide their fate, and start investing more into local training programs to help fill the gaps left behind in that major transition from a blue-collar to a college-degree-required economy. Degrees may be in demand, but so too are the great-paying jobs that don’t require them. “Industry is back now,” he says, noting a few recent signs of recovery. “I think we understand why we need to be at the table, and I think we’re trying to do the things we need to do to make [stronger workforce development programs] happen.”