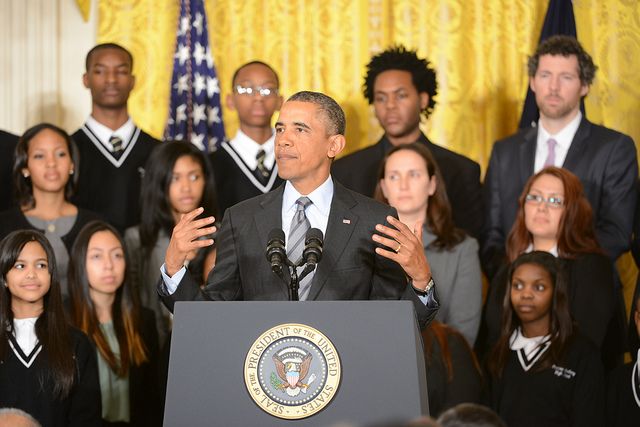 High-poverty urban areas in Atlanta, Nashville, South Los Angeles, San Diego, and Evansville, Indiana, are among the nine final U.S. communities named as Promise Zones Monday, making them eligible for tax credits and technical assistance from the federal government over the next 10 years. President Barack Obama administration’s place-based anti-poverty initiative gives selected distressed communities preferential status when applying for federal grants intended to alleviate social problems in arenas like housing, education and employment. The nine areas announced today join 13 other Promise Zones in urban, rural and tribal communities, designated in 2014 and 2015. Cities that have been chosen for the designation in the last two years include Philadelphia, Indianapolis, Minneapolis, Sacramento, and St. Louis.

Announcing the nine places in Atlanta, HUD Secretary Julian Castro said, “Promise Zones bring the power of partnership to a whole new level as we seek to bring opportunity to neighborhoods long locked out of their area’s prosperity.” Once mayor of San Antonio, Castro added, “As a former mayor from a city that includes a Promise Zone, I know just how powerful these collaborations are when it comes to building stronger, economically vital neighborhoods.”

Promise Zones have potential to receive tax credits intended to create jobs and encourage investment from the private sector and philanthropic sources. They also get priority access to federal investments, and the assistance of federal employees from 10 different agencies in navigating D.C. bureaucracy. All zones also receive five full-time AmeriCorps VISTA volunteers. According to HUD, a resulting job training initiative in San Antonio has contributed to a decline in unemployment from 15 percent to 11 percent in the last four years, and a North Minneapolis program has assisted more that 50 food startups.

Of the nine new zones announced Monday, HUD will be the lead agency for the five urban areas, and the USDA will be the federal lead for the tribal and rural zones, which include the Spokane Tribe of Indians, Washington, and Roosevelt Roads, Puerto Rico.

Existing Promise Zones have had their fair share of struggles, and have also seen unexpected collaborations. Today’s final communities were selected from 82 applications from communities in 38 states and Puerto Rico. To qualify, a community must have an overall poverty rate of at least 20 percent and one census tract with a poverty rate over 30 percent. It must encompass more than one contiguous census tract and contain between 10,000 and 200,000 residents.

As for whether Promise Zones will continue after Obama leaves office, USDA head Tom Vilsack said Monday, “The next administration may call it something different, but at the end of the day it will be a continuation of the place-based effort because it works.”