Produce Prescriptions are More Important—and Popular—Than Ever – Next City 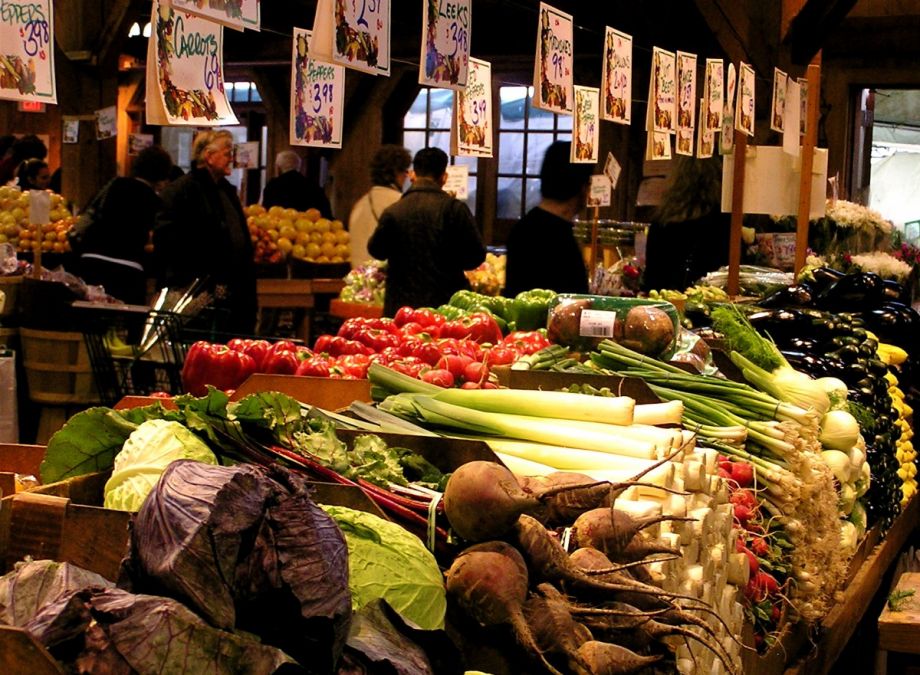 Since 2019, the VeggieRx produce prescription program in Chicago has offered food-insecure residents with diet-related illnesses free local produce every week. Patients receive prescriptions from primary care physicians and dietitians, and can pick up a weekly bag of fruits and veggies, as well as take cooking lessons.

The program operates in the North Lawndale neighborhood of Chicago, where the diabetes mortality rate is 62 percent higher than the national average, and it played a key role in helping residents get access to fresh, whole foods before the pandemic. Over the last five months, however, it has seen a surge in demand.

“Prior to COVID, we had about 35 to 70 weekly boxes across our three locations—and now the sites are [serving] upwards of 130 to 160 boxes per week,” says Kris Delatorre, an urban farmer at Windy City Harvest, the organization that grows produce for the VeggieRx program at three farms throughout the city.

Produce prescription programs (PPPs) like this one are designed to serve patients with chronic health issues including hypertension, diabetes, and obesity, allowing them to access healthy foods at a subsidized price. Many PPPs operate through the U.S. Department of Agriculture’s Farmers’ Market Nutrition Program, which started in 1992. The numbers have skyrocketed in the last 10 years; in 2010, 36 states had programs, today, 49 states have them.

Now, with the global pandemic, existing programs have grown in scope, new programs are in the works, and research is ramping up to make sure PPPs remain economically sustainable even after COVID-19 is brought under control.

Delatorre attributes the increased usage to the health concerns of its primary clients—people with pre-existing conditions who feel a grocery store run is too risky. In response to the pandemic, the VeggieRx program now offers touch-free pickup to meet social distancing guidelines.

“It’s clear we need to pull out all the stops to help families stretch their food dollars.”

But that may not be the only reason these programs have so much appeal in the current moment. Healthy diets are known to strengthen the body’s immune response, and the immune system needs more energy when its actively battling an illness or infection. A recent study from University of Southampton, found that vitamin A (which carrots and sweet potatoes provide) and zinc (from broccoli and spinach, among other vegetables) are the most essential nutrients for successfully fighting off infection. As healthcare providers look for ways to help prevent or alleviate pre-existing conditions that often cause a more severe, if not fatal, course of the virus, PPPs are increasingly being seen as a preventative healthcare measure.

“It’s clear we need to pull out all the stops to help families stretch that food dollar wide, especially when it comes to healthy food. That’s where produce prescription programs come in,” said Sarah Reinhardt, the lead food systems and health analyst for the Food & Environment program at the Union of Concerned Scientists. “Right now it’s more important than ever. With hospitals overwhelmed with COVID-19 [patients], everything we can do to ensure better health is key for us to beat the impact this virus has on our society. It’s not a magic bullet, but it is an important part of the framework.”

Even so, Reinhardt and other PPP proponents wonder if the model can survive the pandemic or—better yet—grow to become a widely accepted tool for combatting diet-related illnesses.

Two of the largest barriers to a long-term healthy lifestyle are financial constraints and a lack of access to fruits and vegetables, according to a study from the Centers for Disease Control (CDC), which found PPPs had a positive impact on patients’ rate of hypertension.

Since the pandemic began, health professionals have drawn a connection between neighborhoods with limited access to high-quality produce and those that had higher-than-average numbers of life-threatening COVID cases. In New York City, once the global epicenter of the outbreak, neighborhoods such as Far Rockaway in Queens, Flatbush in Brooklyn, and Pelham Gardens in the Bronx have seen the highest number of deaths. These are predominantly communities of color, where residents have low median household incomes, and a higher percentage of residents with pre-existing conditions than the city’s average. They all also have low enough access to healthy foods to be considered “food deserts.”

In 2017, the New York City Department of Health launched the Pharmacy to Farm PPP, partnering with pharmacies to issue coupons totaling $30 a month to residents who receive Supplemental Nutrition Assistance Program (SNAP) benefits and fill blood-pressure prescriptions at participating independent pharmacies. With the coupons, the patients can receive fruit and vegetables at nearby farmers’ markets.

Complicating matters, however, is the fact that none of the pharmacies involved are close to the areas hardest-hit by coronavirus, which would enable them to better serve those communities.

That’s in part why Wen-Jay Ying, founder and director of Local Roots NYC, a farm-to-table subscription service, wants to launch a PPP through her business. “Healthcare practitioners are finally seeing the benefit of locally grown produce specifically,” Ying explained to Civil Eats. The program will connect with socio-economically disadvantaged communities across the city that don’t otherwise have access to high-quality produce.

Ying says she’s been researching prescription programs for years and hopes to roll out the Local Roots Produce Prescription Program for homebound, immunocompromised people who can’t make it to the farmers’ market in the next couple of months.

“Our goal is to help reach neighborhoods where access to fresh food and community supported agriculture programs (CSAs) are not typically available throughout New York City,” she said. “I think we can help bridge that gap for some of New York’s low-income communities.”

A Lifeline to Farmers

Outside of New York, existing PPPs throughout the country are seeing a boost in participation.

Take Local Food Hub in Charlottesville, Virginia, for example. It had to retrofit its operations because of the growing demand. “Prior to March 2020, we were planning our normal Fresh Farmacy program, which serves about 280 patients every-other-week. Then COVID happened and everything changed,” says Laura Brown, director of community and policy at Local Food Hub. Now, the hub provides all patients food every single week and it has also ramped up its staffing and delivery. Since the campus at the University of Virginia has been empty, food service workers there stepped in to help pack up bags with fresh food and make deliveries for the Hub.

In addition to low-income residents, the Hub was able to extend a lifeline to small farms in central Virginia just as restaurants and wholesalers stopped buying.

“Our partner small family farms lost a good portion of the markets they served as schools and restaurants closed,” Brown says.

A report from the National Sustainable Agriculture Coalition forecasted that over the next few months, small farms could lose as much as $1.3 billion from the supply chain disruption; proponents see PPPs as a way to redirect would-be wasted produce and make up for farmers’ lost income.

Looking to the Future

The economic future of Local Roots and other groups that run CSAs as part of their operations look bright. According to a Yelp COVID-19 Economic Impact report, interest in CSAs jumped a whopping 406 percent between March 1 and April 19, and many have sustained at least a partial increase even if the growth has slowed somewhat. But can Produce Prescription Programs survive the pandemic?

The answer lies in the hands of insurance companies. Researchers at the University of Mississippi argue that PPPs are essential all the time—and want to take the idea a step further by bringing insurers into the mix for the long haul. Currently, however, insurers only pay for such programs for a short period of time, like six months, if at all. And experts say that may not be enough time to make a long-term dietary change needed to fundamentally shift one’s health and build a brand new relationship with food.

“Insurers should be paying for these services because we know two things—chronic conditions are not going to go away, and food insecurity is not going to go away with a one-off program,” says Meagen Rosenthal, an associate professor of pharmacy administration at the University of Mississippi.

Rosenthal and her research partner, assistant professor of sociology Annie Cafer, recently received funding from the Walmart Foundation to develop a sustainable model for long-term produce prescriptions programs across the state. “Insurance companies have begun to understand the importance of food in preventing complications with chronic conditions,” Cafer says. “The pandemic shows why this is more pressing than ever.”

Rosenthal and Cafer are partnering with healthcare professionals to monitor biometric data to show the effects of a long-term prescription program. In their program, they’ll see the role insurers play for years to come.

Meanwhile, Windy City Harvest’s Delatorre is hopeful about the way the pandemic could move more people to understand the potential role of food as medicine. “People are more concerned about preventative healthcare,” she says. “That’s a very positive step for the success of produce prescription programs and the people they support.”

This story was originally published in Civil Eats; read the original here. It is republished as part of the SoJo Exchange of COVID-19 stories from the Solutions Journalism Network, a nonprofit organization dedicated to rigorous reporting about responses to social problems.

Andy Hirschfeld is a journalist based in New York City. His work has appeared in numerous publications including The New York Observer, CNBC, OZY, Yahoo Finance, Bloomberg News, Fortune Magazine, ABC News, Al Jazeera English, CS Monitor, Nationswell and many other publications. He mainly covers cost of living related issues through a social lens as well as business, tech, and politics.