Private Sector Offers Up Ideas to Fast-Track Light Rail in L.A. – Next City 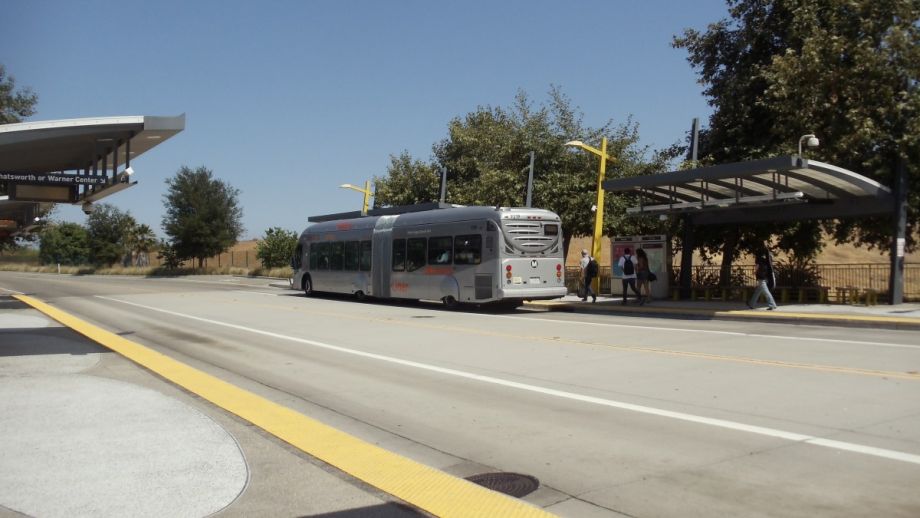 L.A. Gets Bid to Convert BRT to Light Rail
Not that the Los Angeles County Metropolitan Transportation Authority was asking, but Fluor Enterprises believes it would be a good idea for the agency to convert its Orange Line bus rapid transit route in the San Fernando Valley to light rail and has submitted an unsolicited bid to fast-track the job.

Railway Track and Structures reports that Fluor is proposing a public-private partnership for the project, which is one of several authorized under the Measure M sales tax proposal Los Angeles County voters approved last fall.

The proposal is one of several the agency has received from private firms in response to a call its Office of Extraordinary Innovation put out for ideas to get Measure M projects moving. The office is now in the process of putting together a team to evaluate Fluor’s proposal.

“These proposals can be game changers in delivering better mobility to our region sooner than expected,” LACMTA CEO Phillip A. Washington told RT&S. Chief Innovation Officer Joshua Schank said the agency was “gratified” by the response it has received from the private sector since it announced it would consider unsolicited bids last year.

Melbourne Regional Rail Line to Get Capacity Improvements
The Victoria state government in Australia is soliciting bids for an A$518 million ($395 million U.S.) project to increase service on one of Melbourne’s regional rail lines.

International Railway Journal reports that the project will add a second track to two segments of the V-Line route from Melbourne to Ballarat — a 17-km (10.6-mile) stretch between Deer Park West and Melton and an additional 3-km (1.9-mile) segment east of Warrenheip.

The upgrades will allow for more frequent services on V-Line routes to Melton, Ballarat and other destinations to Melbourne’s west as well as the eventual electrification of the line as far as Melton.

Construction is slated to begin in early 2018, with completion set for late 2019. The deadline for proposals is May 1.

Toronto’s Mixed on Temporary Bus Swap
Toronto residents who live along the Queen Street corridor have greeted the Toronto Transit Commission’s announcement that the Queen Street streetcars will be replaced by buses while the street is being rebuilt this summer with mixed emotions, The Toronto Star reports.

Many took to social media shortly after the TTC announced the move to bemoan the disruption to their commutes, complain about the pollution the buses cause and welcome the switch as a good idea for streets like Queen that don’t have dedicated streetcar lanes.

Some riders approved of the move because the buses are air conditioned (the streetcars aren’t) and because it’s easier to board the low-floor buses with strollers (riders must haul baby carriages up steps to board a streetcar).

A few took a wait-and-see attitude and expressed hope that the city of Toronto would study changes in traffic and commuting patterns during the reconstruction period.

As of March 7, the plurality of respondents to an online poll on The Star’s website was resigned to the substitution, with 41.9 percent of respondents agreeing with the statement, “I’ll miss the iconic streetcars on Queen, but this is the only sensible way to navigate the construction.” One-third said, “It’s great. Buses can’t get stuck behind streetcars that break down,” while not quite one-fourth agreed that it was “Terrible. Buses don’t have the capacity to carry the same number of riders.”