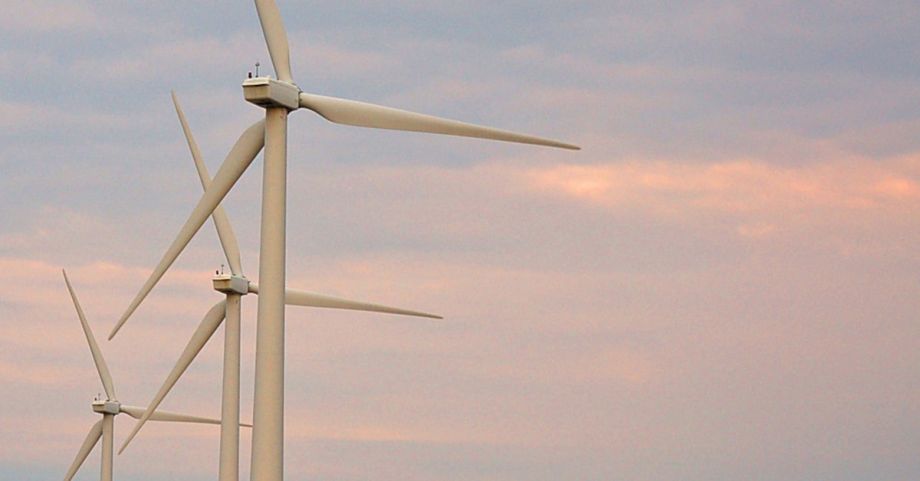 The town of Princeton, NJ has flipped the switch on its energy provider. As of June 1, close to 90 percent of its households are now powered — at least in part — by locally sourced renewable energy.

50 percent of the electricity Constellation NewEnergy provides to participating households is powered by clean energy. That percentage is achieved through Renewable Energy Certificates (RECs), a form of currency that represents one megawatt-hour of power generated by wind, solar or another renewable source.

While Constellation NewEnergy can’t guarantee that exactly half of its electricity is powered by green sources, it can purchase a number of RECs equal to 50 percent of the power it provides, as a means of supporting the green power market.

Participating households will also see a 1 to 2 percent cost saving on their electricity bill. PSE&G, meanwhile, will still oversee transmission and distribution service.

After passing an ordinance mandating the move in August 2019, the Princeton town council worked closely with the municipality’s Environmental Commission, as well as local nonprofit Sustainable Princeton, to bring PCRE to fruition. The team hired a consultant to help them design the program, send out a request for proposals and sort through bids to select a suitable provider.

“Who wouldn’t want to have cleaner energy and cheaper energy?” Princeton Council President David E. Cohen says. “This is really the definition of low-hanging fruit.” By making the program community-wide, the community is harnessing its collective buying power, purchasing energy on behalf of Princeton as a whole and helping to lower rates.

Princeton’s move is the latest in a wave of New Jersey towns embracing community choice aggregation (CCA). The state passed its Government Energy Aggregation Act in 2003, paving the way for over 50 municipalities that have switched to third-party providers.

The origins of the CCA model can be traced to 1997, when Massachusetts became the first state in the nation to pass community choice legislation. Seven more states have since followed suit. And while the aims of CCA vary by program, they’re largely meant to leverage residents’ buying power to lower rates, increase consumer protection and transparency with providers and lower communities’ carbon footprints.

While cost saving is certainly a plus, Princeton’s CCA program is primarily intended to meet clean energy goals. PCRE is the town’s first step in implementing its Climate Action Plan, a document put together by the same team behind the aggregation program. After three years of work, the plan was released in July 2019, setting a goal to eliminate the town’s total carbon emissions by 2050.

“We looked at the other communities that have done this and surveyed them, asking them how they went about doing it, what was the feedback from the community, and if they would have done anything differently,” Symington says.

Princeton borrowed a few aspects of New Brunswick’s program for its own, including its 50 percent renewable energy profile — which is relatively high, compared to other programs around the state.

But several aspects of PCRE are unique. Princeton decided to buy RECs that are exclusively sourced from clean power projects — including a mix of solar, wind, hydroelectric and landfill gas-to-energy projects — within the 13 states serviced by the PJM electrical grid. Other New Jersey CCA programs sourced RECs nationally, since certificates from other parts of the country are often cheaper, according to Cohen.

And Shawn Marshall, executive director of national CCA advocacy group LEAN Energy, says that while that local approach is common in California’s CCA programs, Princeton is setting an important precedent for New Jersey’s.

“Tip of the hat to Princeton, because what they’re saying is, not only do we want to dramatically increase the level of renewable power that is serving our community, but we want that power to be sourced close to home,” Marshall says. “If you’re able to buy RECs associated with a wind project that is 50 miles away, as opposed to buying RECs from a wind project in Kansas, you are also contributing to the economic health of your region.”

And while every household has the option to opt-out of the program, Princeton decided to also offer residents the option to “opt-up” — that is, increase their energy profile from 50 percent to 100 percent, for a small premium of $4 a month.

To Marshall, that indicates that Princeton’s program is breaking with other programs in order to prioritize slashing emissions over slashing costs.

“New Jersey and other parts of the country have been very focused on rate savings as opposed to using it as a tool to green the grid,” Marshall says. “But I would say Princeton is pushing the ball forward.”

Eleven percent of eligible households decided to opt out of the program, totalling close to 960 households. Some households were excluded from enrollment entirely, because they already use solar power or another renewable source, according to Cohen.

Cohen says the opt-out rate was likely motivated by suspicion of third-party electricity providers. He read letters to the editor that residents sent to the Town Topics, Princeton’s weekly community newspaper, stating they have been victims of predatory marketing from phone and electricity providers that charged higher rates than promised.

“They couldn’t really make a distinction between the scams and something that had been vetted by the municipality and was a binding contract that wouldn’t come back and bite them later on,” Cohen says. “They just couldn’t get past the gut reaction that it wasn’t a good thing.”

But even among those residents who decided to maintain their automatic enrollment, only 161 households chose to opt-up to 100 percent renewable energy, according to Symington.

“I was expecting more,” Cohen says. “I was idealistically thinking Princetonians could afford an extra penny a kilowatt hour to do the right thing.”

Marshall says that, in other states, a low opt-up rate isn’t unheard of, even in the most environmentally conscious communities.

“It’s really just a function of people not paying a lot of attention to their power bill, and not going and taking the extra step to pick up the phone or go online and make that choice,” Marshall says. “It’s just not enough of a priority for folks who are busy raising kids and paying the rent.”

But overall, Symington says that most Princeton residents have rallied around the program.

“Some of the positive feedback was, ‘Thank you, now I don’t have to go through the process of sorting through all these offers from providers I’m getting in the mail,’” Symington says. “Some are glad that we’re making a statement to say this is what we want as a community. We want more renewables in our grid.”

PCRE will be in place for 18 months, and once it expires, the municipality can either renew the program and re-issue a request for quotes to select a provider, or return to PSE&G’s service.

According to Symington, the next phase of the program will serve as an opportunity to review lessons learned, increase enrollment and maybe even raise renewable energy content higher than 50 percent.

“We hope that version two can be even better,” Symington says. “This was a good first step. I hope as renewables get cheaper, it’s going to make it easier to add even more renewable percentage and still get a price savings.”

According to Marshall, as COVID-19 shuts down state legislatures around the country, LEAN Energy’s efforts to push CCA-friendly policy have ground to a halt. But Princeton’s program offers some hope that progress in green power aggregation is underway.

“I do think that there is interest and momentum. Unfortunately we lost some of that this year due to the result of COVID,” Marshall says. “But I’m really glad to hear that things are coming along in New Jersey.”