What a Tougher, Pricier GED Means for U.S. Cities – Next City

What a Tougher, Pricier GED Means for U.S. Cities 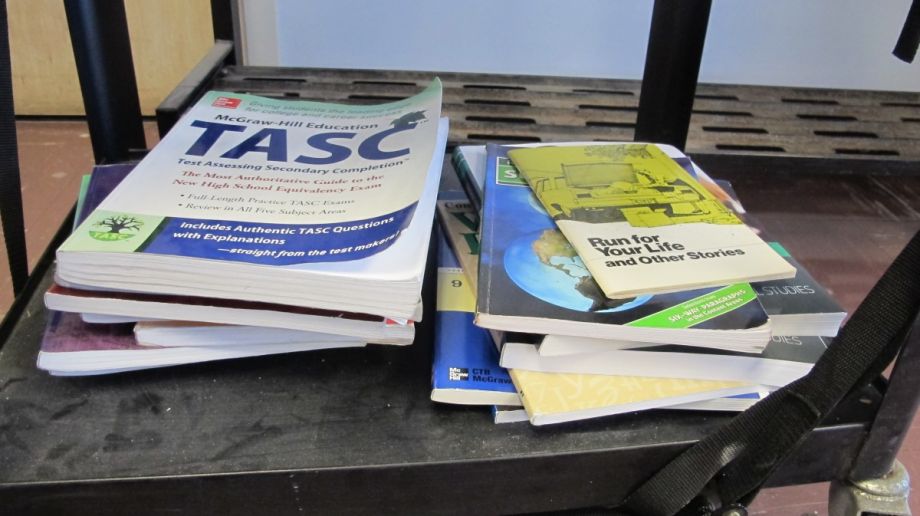 The GED, the high school equivalency exam that is the gateway through which thousands of immigrants and former dropouts enter the workforce each year, was completely overhauled in 2014. The stakes for passing the revised test have been dramatically raised — it’s now much more difficult to obtain the credential than it used to be. As a result, the number of test-takers has plummeted in the past two years.

The GED Testing Service (GEDTS) says that it has made substantial changes to the test in order to better assess “college and career readiness.” It now attempts to measure problem-solving and critical thinking skills, rather than just testing for basic knowledge sets acquired in high school. It also aligns the test closer to the common core standards that are required in high schools across the country.

“We all thought of the English, science and social studies sections of the 2002 version as fundamentally a reading test,” says Dawn Hannah, director of education for the Philadelphia-based adult literacy agency Community Learning Center (CLC). “If you could read well, you could find the answers in the test. … You didn’t have to go in with the higher levels of critical thinking and background knowledge that you are required to have now.”

The new test comes on the heels of the GEDTS altering its model from existing as a nonprofit branch of the American Council on Education (ACE) to being a joint for-profit venture of ACE and the testing corporation Pearson. It is now administered through a computer-based testing platform and has a higher fee scale. Some adult literacy providers have reported that they have been unable to buy sufficient equipment to train their students.

Some in the adult literacy community have been critical of the new GED because they argue that the main reason people take the test is to make them more employable — especially for low-skill, low-wage jobs where the level of skill and knowledge the test now measures is not necessary.

Others have voiced their frustration about the lack of funds available to make the necessary adjustments to better prep students for the more difficult test.

On June 1st, it was announced that philanthropy organization Impact100 Philadelphia awarded CLC a $100,000 grant for creating, with the help of a curriculum developer, new instructional maps, lesson plans and coaching materials for teachers.

“We are adult educators. We have experience on the ground,” says Hannah. “None of us here are professional curriculum developers, so this will bring us a level of expertise we don’t have in house.”

Other institutions around the country are seeking out creative ways to adjust to the new test as well. San Antonio’s independent adult literacy programs consolidated into one Adult Education and Literacy Alamo Consortium in 2014, tying them together financially and performance-wise. (Although there are no consolidation plans for Philly, Hannah says the adult literacy community there has banded closer together in recent years, offering a group graduation for the first time.)

While educators and lawmakers are still figuring out how to capture some of the potential test-takers who have been alienated by the difficulty and cost of the updated GED, there is still the hope that it does offer a better future for those who successfully challenge themselves to pass.

“If I were an employer, I would want to hire someone who is able to pass the GED 2014,” says Hannah. “If I worked in college admissions, I’d want to admit someone who mastered the skills on the new test. Are most of our students enrolling in college afterwards? No. Are they aiming for high-skill jobs? Most likely not. Our message to our students is that this is something that you want to pass that could also lead to something you haven’t even thought of for yourself.”