Obama Gets Nod of Thanks for Streetcar – Next City

Obama Gets Nod of Thanks for Streetcar 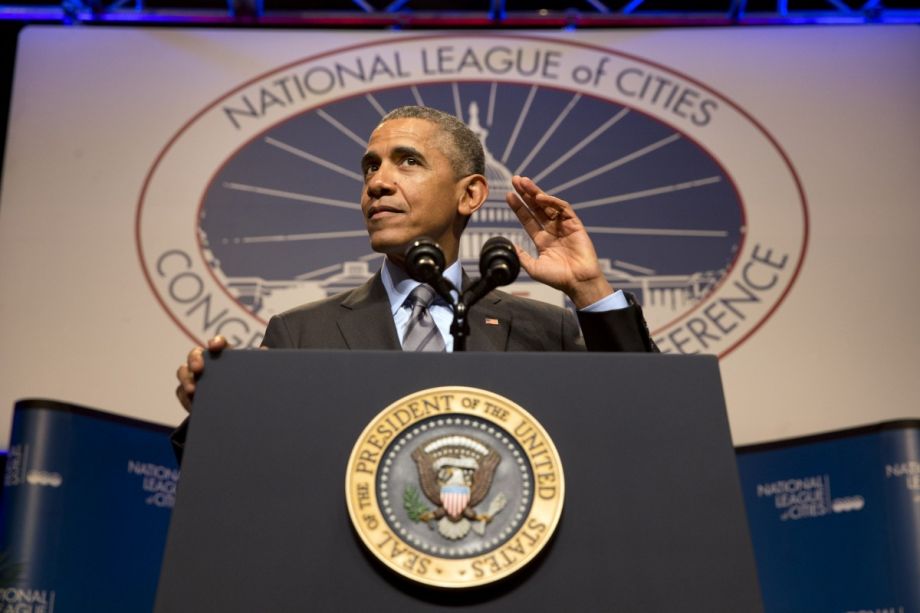 “President Obama is a great friend and ally to America’s cities,” Salt Lake City Mayor Ralph Becker said before the President’s address to about 2,000 city officials and delegates at the National League of Cities 2015 Congressional City Conference yesterday.

Becker went on to thank the Obama administration for the $26 million TIGER grant that fueled Salt Lake City’s streetcar. According to the Mayor, the line, which opened in December 2013, “spurred over $400 million in private development.”

“President Obama helped America’s cities rise from the ashes of the Great Recession, build transit and roads, protect the health of our residents and improve the lives of our young people,” Becker said in his introduction of Obama. “In Salt Lake City, his administration’s focus on city investments have benefited us directly, with support for energy efficiency, housing, recreation and a streetcar.”

“We’re in a good spot to take advantage of not just next year or the year after but decades to come,” Obama said regarding job growth and the declining unemployment rate. “We’ve got to keep positioning ourselves for a constantly changing global economy.”

Obama stressed the need for building a “pipeline of technology workers for this new economy,” noting that the need for technologically skilled workers goes beyond innovation hubs such as Silicon Valley and Boston. According to a recent Brookings report, some cities are doing better than others at making sure they have enough tech-ready job-seekers to fill openings.

“The truth is that two-thirds of these jobs are in non-high-tech industries like health care, manufacturing or banking,” Obama said. “There is no industry that has not been touched by this technology revolution.”