Preparing for High-Speed Rail in Florida – Next City

Preparing for High-Speed Rail in Florida 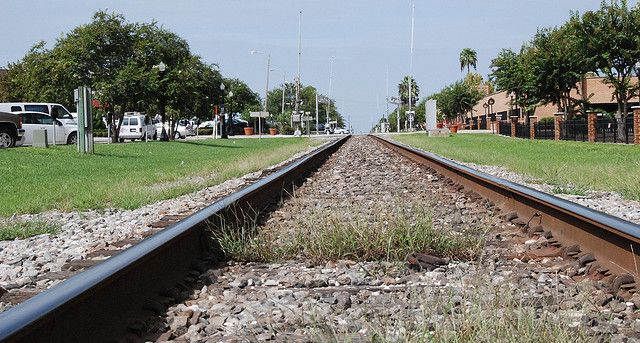 The city of Lakeland, Florida, is planning for a high-speed rail stop, among the first ever in Florida. Midway between Tampa and Orlando, Lakeland will be the link between the other two metropolitan areas. But where, exactly, this stop will be built has begun a debate: whether to serve an existing population base, or to use it to spur growth, perhaps sprawling, in a rural area. In an ongoing analysis of HSR in Florida, NAC’s Andrew Moore spoke with Lakeland’s Director of Community Development, Jim Studiale, about smart growth in Lakeland.

You have been the planner in Lakeland for over 25 years, and you have said that the city has been rebuilt since the 1970s. What are you particularly proud of?

We have been able to demonstrate that planning works! We adopted ambitious plans, implemented them (money), were tough on growth (approving only what made sense and getting new projects to share the cost of infrastructure), and rebuilt Lakeland based on its history, beautiful shores and parks, and engaged the citizens and business community throughout to recover a great and growing city. We have a real sense of community, something a bit unusual in Florida, with a great quality of life and a unique character based on that old city and quality public places.

Is there anything you would have done differently?

A few buildings a few roads would be different or in different places.

Lakeland is the only municipality in Polk County currently attempting to implement smart-growth principles in the planning process. How has that process been, and what does smart growth look like in the Lakeland context?

Walkability and transit. Start with the last mile home or to work: it must be walkable and you must design projects that allow people to be pedestrians. That is something most of the visitors say — that Lakeland encourages you to be a pedestrian, around the lakes, in the neighborhoods, at the shopping places and certainly in downtown. We were doing neo-traditional before it became fashionable because this was a big city in the past. Lakeland has good bones in a grid street and sidewalk system, paths around the lakes, and downtown with beautiful edges, as well as large historic districts — all pre-war with old human-scale standards, like brick streets and street trees.

How does Lakeland relate to the surrounding rural communities in Polk County, and how does this affect city planning?

Lakeland was the central city serving the hinterland in its early days and it still is to a great degree, for all sorts of goods and services (medical, monthly shopping trip to Sam’s etc.). Living in Lakeland has the advantage of “Close to everything but away from it all” which is a chamber slogan to say, “we have what we need and can get to the big cities or the countryside with a short drive.” The surroundings have changed and there are other urban places nearby that are not rural (including Winter Haven and Haines City), but those are not as big as Lakeland (we have 100,000 people in the city and 260,000 in our utility service area). Frankly, there is a regular resentment of the big city from the more rural county and those who believe Lakeland gets everything, but that is common in small vs. big places that compete for industries and funding.

Florida has been awarded high-speed rail grants, and a stop in Lakeland is on the proposed route from Tampa to Orlando. How will this affect planning in Lakeland?

If it is done right it could be a major step in building that walkable, transit-friendly modern city. We will one day be able to have fewer cars and many more trips without cars. It also creates a greater incentive to live in the central city, a trend that has already begun. In so many ways Lakeland is a second-tier city ready for HSR with a great upside coming due to the strengths of the existing infrastructure and central city pattern we have long been biased for.

If it is done wrong it will be located in a rural area as a subsidy to a new suburb with the station located to serve land interests and not people — existing commuters or the tens of thousands of employees who work in central Lakeland. It appears politics is at work over data and powerful state elected officials are dismissing long-established criteria to make it a suburban stop where there are absolutely no buildings, or commerce. Never mind any transit or people — just cows and a vision to build a great city that serves the interests of those looking for more government subsidies to make their endless dreams of sprawl that benefits a few come true. Stay tuned. It is one of the most outlandish stories of political influence and intrigue going, with more promises every day.